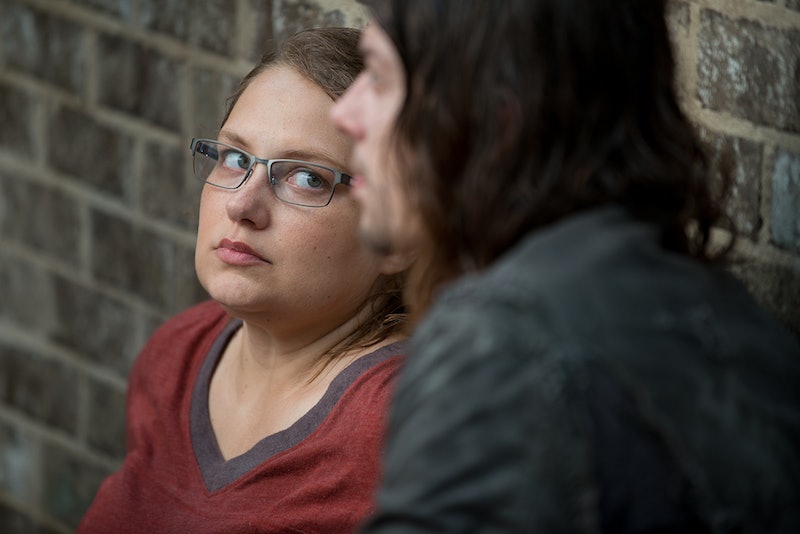 Alexandria has another major problem on The Walking Dead (yet again) after facing off with Negan's crew. In the March 20 episode, "Twice as Far," the crew lost their only doctor when Denise died on The Walking Dead. To make matters even more tragic, she had just finished giving an empowering speech about fear to both Rosita and Daryl. And even worse, she was killed with Daryl's own crossbow by Dwight, the man Daryl encountered earlier in Season 6 in the woods.

Denise actor Merritt Wever was a great addition to The Walking Dead group, but her stint was short-lived after her first venture outside of the walls of Alexandria. Since her girlfriend Tara was on a run with Heath, Denise decided to leave Alexandria accompanied by Daryl and Rosita to go on a run to a local apothecary for medicine. After obtaining the medicine and killing a walker to prove she was capable of doing it, she admitted that choosing Daryl and Rosita to join her wasn't random. She brought Daryl because he's strong and reminds her of her dead twin brother Dennis. And she asked Rosita to join because she has been alone since Abraham left her (though she was hooking up with Spencer) and is brave.

Denise told the two badasses while they may be fearless in killing walkers, they need to face their personal fears. While giving them this passionate, emboldened speech after bravely killing her first walker, Denise was shockingly shot through the eye with a crossbow arrow from the back by Dwight, who was with a crew holding Eugene hostage.

While Denise hasn't been on The Walking Dead for long, her death will have a lasting impression since she was such a relatable character, not to mention she was the only person with medical experience in Alexandria. Denise will be missed, but to insensitively look on the bright side, at least Daryl got his crossbow back from Dwight after an epic battle. And maybe he'll remember Denise's wise words in his personal interactions from now on.