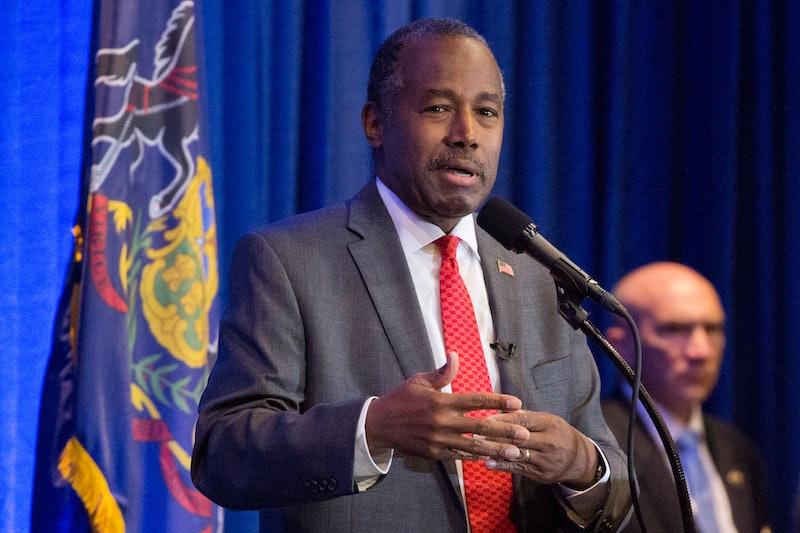 Amid the horrifying circus that was the 2016 presidential elections, many characters who would otherwise have died in obscurity became household names. One such individual is Dr. Ben Carson, the retired Johns Hopkins neurosurgeon who tried his hand at politics and ran for president as a Republican, adding his name to the once-large motley crew of GOP candidates. After dropping out of the race and throwing his weight behind Trump, Carson announced shortly after the election that he would not be seeking a position on Trump's administration. The somewhat surprising decision begs the question: will Carson return to neurosurgery?

Although Carson hasn't publicly stated what his next moves will be regarding his professional career, it's safe to say that the famed neurosurgeon, who retired in 2013, isn't likely to delve back into the world of medicine. This can be inferred primarily from recent statements he's made about his decision to continue political work "from the outside" of the Trump administration. Carson explained his reasoning behind the decision in an interview with The Washington Post, and said Trump will need allies outside of the Oval Office to continue to move his agendas forward. Carson's road from rival to campaign surrogate was long and strange to say the least.

He announced his candidacy in May 2015, became an instant meme at a Republican candidate debate in February 2016, dropped out in March, and soon after endorsed Trump. However, this was only because Trump reportedly offered him a cabinet position. He then appeared on the campaign trail to stump for the now president-elect, only to publicly announce that he wouldn't be taking a cabinet position less than two weeks after the election.

From a political perspective, Carson's move was somewhat savvy. He admitted in his Washington Post interview that he didn't want to be "pigeonholed" by holding a specific cabinet position, meaning he could potentially be useful to the president-elect outside of Washington. Perhaps Carson truly does plan on using his clout to help Trump, or maybe he's using the announcement as an out from the already-imploding Trump cabinet. Either way, one thing's (almost) certain —now that Carson has had his taste of politics, it doesn't seem like he'll be picking his scalpel back up anytime soon. He has a new career in mind for himself, though it's unclear exactly what shape his new political endeavors will take.