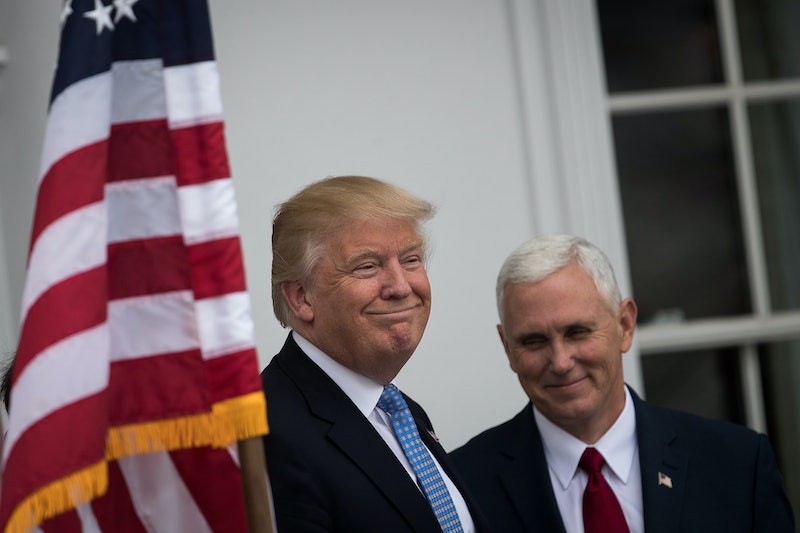 Back in July, an op-ed in the Los Angeles Times speculated that a coup would not be impossible in the U.S. if Donald Trump were to win the election. The column came on the heels of a failed coup attempt in Turkey, and was meant to be a response to those saying something similar could not happen here. Now that he has been elected, however, is a coup against Trump really a possibility?

The op-ed asked voters to consider a scenario in which a President Trump asks the military to do something unlawful or irrational, something that would put the lives of Americans and the security of the country at risk. In that case, the military would face a choice between upholding the law and serving a president who does not adhere to it. In this vein, the Times cited an argument by retired Air Force Gen. Michael Hayden, former head of the CIA and NSA. "You are required not to follow an unlawful order," Hayden said. "That would be in violation of all the international laws of armed conflict."

Thus far, the primary responses we've seen to Trump's election are protests both in the U.S. and abroad that denounce his victory and affirm solidarity with marginalized groups who would be most vulnerable during a Trump administration. But Trump has also already faced resistance from police departments who refuse to cooperate with his plans to deport undocumented immigrants. And if upon assuming the presidency he were to order the military to do things like kill families of terrorists — which he once proposed — the thought of a coup isn't entirely unthinkable.

It is more realistic, of course, to predict that Trump will become entangled in calls for impeachment before he faces a military coup. Nonetheless, his assertions about what he would ask the military to do, combined with the racist and xenophobic rhetoric he normalized and legitimized during his campaign, should be cause for concern. There isn't a precedence for military coups in the United States, so it is unlikely that we'll see one against a Trump administration regardless of his demagoguery, but we also cannot be quick to discount or understate the threats and proposals that Trump has made over the past year and a half.

Following the failed coup attempt in Turkey, Trump congratulated Turkey's president, Recep Tayyip Erdoğan, for "turning it around," and Erdoğan subsequently became one of the first foreign leaders to congratulate Trump on his victory in the election. Now, we'll have to wait until Trump takes office in January to see if he, like Erdoğan, will govern in such a way that the military cannot follow his commands in good conscience.