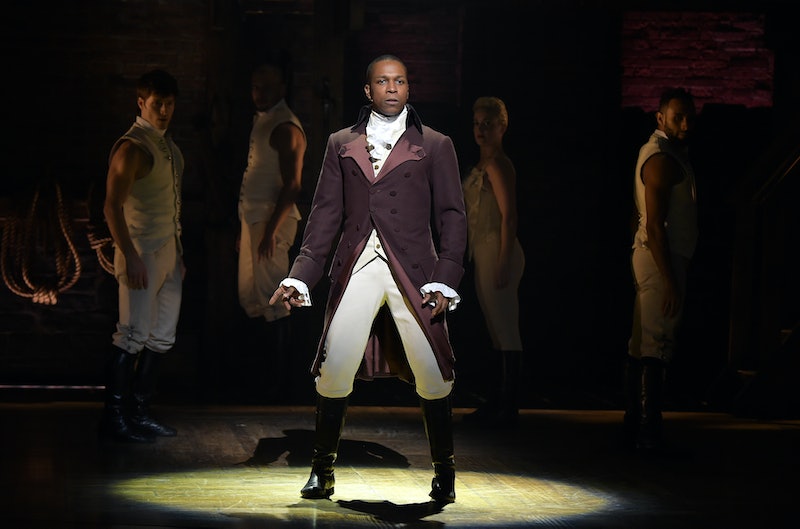 During an appearance on CBS This Morning Monday, actor Brandon Victor Dixon confirmed that the Hamilton cast would be not apologizing to Mike Pence for the message they directed at him on Friday night after the show's curtain call. A video of the incident went viral on social media, and by Saturday morning, President-elect Donald Trump had already scorned the cast, including a demand that they "Apologize!"

Pence, on the other hand, did not seem to expect or want an apology. "I did hear what was said from the stage. I can tell you I wasn't offended by what was said. I will leave to others whether that was the appropriate venue to say it," he said in a Fox News Sunday interview. He then attempted to reassure those who feel threatened by the new administration: "I know this is a very anxious time for some people. I just want to reassure people what President-elect Donald Trump said on election night — he absolutely meant from the bottom of his heart."

When asked if an apology would be made, Dixon simply responded that, "There is nothing to apologize for."

Considering that the United States is meant to be a democracy, and how respectfully the cast's message was delivered, Dixon couldn't be more correct.

Check out some of the best tweets explaining why there should be no apology from the Hamilton side.

1. It's Just a Tiny Bit Hypocritical

Trump has amassed quite an impressive list of people whom he has openly and aggressively insulted. It's a bit rich to demand an apology for an expression of polite concern for America's future.

2. This Is Not Supposed To Happen

A president telling his constituents to apologize for using their First Amendment rights to say something he doesn't like doesn't sound like something that should happen in a democracy.

4. The Wrong Person Is Being Asked For An Apology

When largely nonwhite group of people speaks out about their concern regarding discrimination, the incorrect move for a white man in power to make is to demand that they say sorry.

In addition to insulting hundreds of people, the future president also has a long list of actions he should apologize for.

6. That's The Whole Point of Art

Creative works like Hamilton are meant to encourage the analysis of society.

Dixon, Lin-Manuel Miranda, and the rest those involved with this Broadway show are making the correct decision by not giving in to Trump's wants.