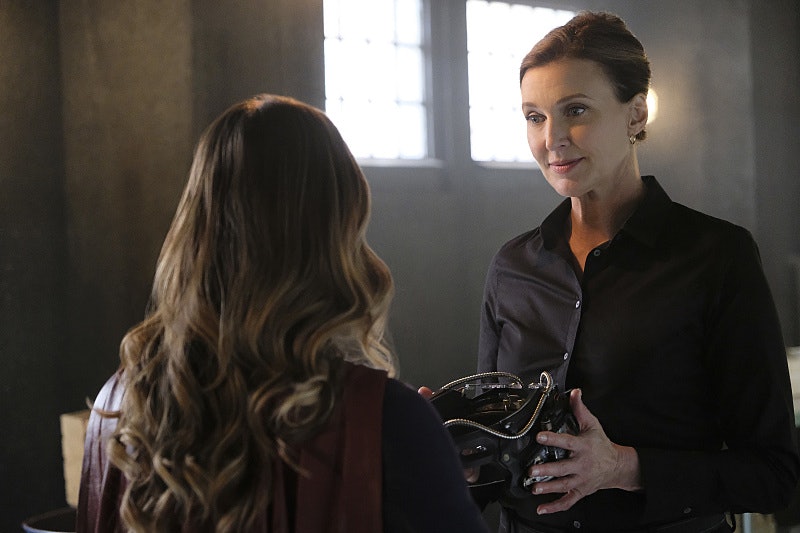 Another season of Supergirl, another mysterious project that starts with the letter M. Last year, it was Myriad. This time, however, the project is coming from inside the Fortress of Solitude. What is Project Medusa on Supergirl ? Hank Henshaw hacked Kara's alien computer to learn about it, so it must be important and likely dangerous.

What does this mean? Like with all superhero mysteries, let's start with the source material. In DC comics, there is a character called Medusa who has all the attributes of he mythical Greek goddess, but is also the chief of the Gorgon aliens. Another character named Myrra Rhodes calls herself Medusa. Finally, there is a device in DC comics called the Medusa Mask. It is used by a villainous character named Roger Hayden, also known as Psycho Pirate, to control the emotions of others. Seems like an excellent tool for someone wanting to use fear to turn everyone against aliens, don't you think? That could be of use to someone like Hank Henshaw and the team at Cadmus.

What I want to know is why this information is in the Kryptonian database? Is this something that Kal-El was working on, or Kara's family back in the day on Krypton? Maybe it has something to do with Daxam. I noticed that Mon-El got cut off when talking about his home planet. Did he learn something at Cadmus? I find it odd that, if this information was specific to Krypton, they wouldn't at least try to torture it out of Kara first. Whatever it is, knowing Hank Henshaw/Cyborg Superman, it's probably not good news.