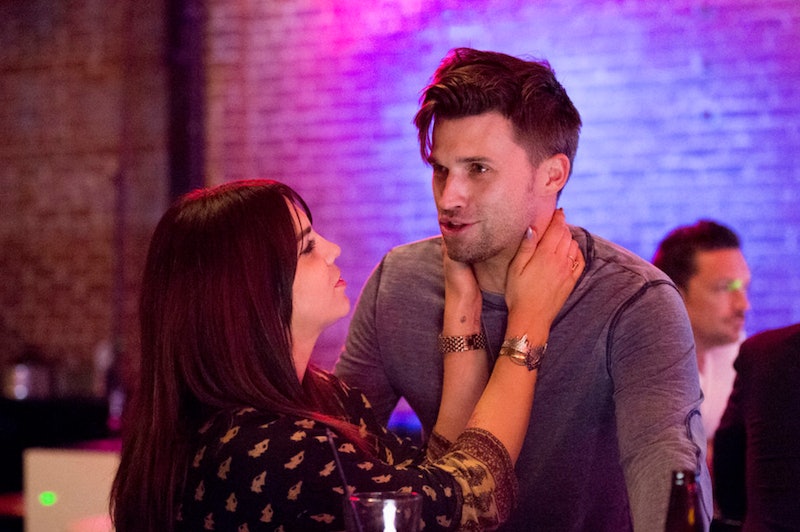 If Monday night’s episode of Vanderpump Rules confirmed one thing (you know, other than the unsinkability of DJ James Kennedy), it is that the Tom Schwartz, Jax, and Tom Sandoval friendship is one of the most beautiful and pure things on television. Oh, it also confirmed that Schwartz can literally put his derrière all over his friends' food and they'll just be like, "Good joke, bro. Thanks for dinner."

I don’t care how nice someone’s behind is, I don’t want that nice behind touching my food. (Call me a finicky fussypants all you want, I'm just living my truth.) However, when Schwartz said he rubbed his butt all over his friends’ meals, Jax and Sandoval commended him on the creative, albeit gross stunt. Schwartz can do no wrong.

Near the top of the hour, Schwartz welcomed Jax and Sandoval into his home, served them steak and shrimp, asked them to be his groomsmen, and waxed rhapsodic about all of the pranks they pulled on each other (and by “each other” I mean “mostly Tom Schwartz”) back when they were roommates. It was an innocent, well-intentioned friendship dinner.

…Or so it seemed. Once the guests’ plates were completely empty, Schwartz let them know that he would be paying them back for all of the tricks they played on him over the years. And then he handed them two foreboding envelopes. And inside each of the envelopes were multiple photographs of steaks and shrimp in and on Schwartz’s rear end. And then Schwartz told them the steaks and shrimp in the photographs were the very steaks they just inhaled. (Did he actually serve them the butt steaks and shrimp? I choose to believe Schwartz. Our Schwartzy wouldn't lie to us about something so important, would he?)

For a few minutes there, I thought Sandoval pacing around the apartment angrily would’ve snowballed into a fight. I thought I could see sweat forming on Sandoval forehead. I thought Sandoval was about to erupt. But before any storm could begin, the fury clouds cleared away. Their friendship would not be bested by butt steak.

Proving that game recognizes game, Jax said, “I’m not going to lie to you, this is genius.”

Maybe this says something about me, but I’d be irate if my buddy as much as sneezed on my entrée, let alone put the entrée between their bun cheeks. But not Sandoval and Jax. Let the record show: A little butt surf and turf cannot shake the Three MuSURteers.