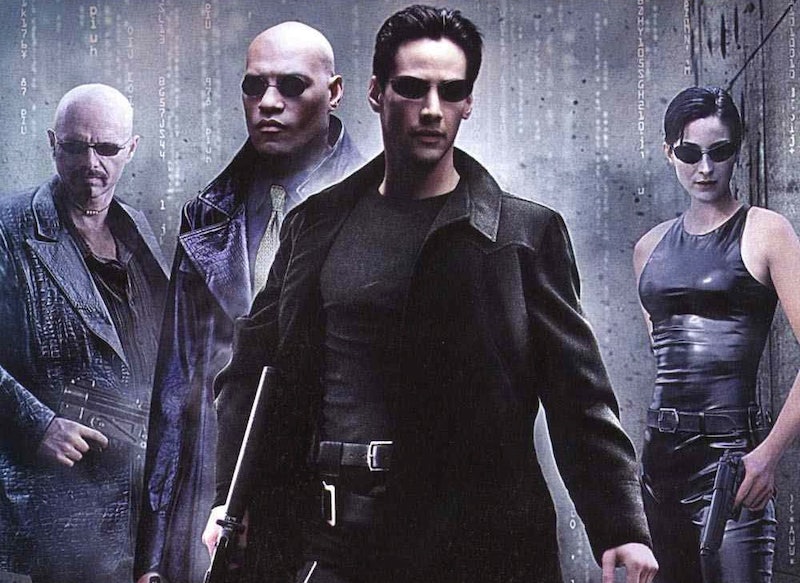 Fifteen years ago today, Neo chose to take the red pill, stay in Wonderland, and see how deep the rabbit-hole goes. Since then, The Matrix has become so entrenched in pop culture that it's one of the first titles someone reaches for when accusing another film of being a ripoff. It also had a plot so complicated that people are still arguing over what it all meant and exactly which one of the sequels was the worst and most unnecessary of the two. From The Animatrix to Laurence Fisburne's Super Bowl ad, The Matrix remains a cultural staple, one so revolutionary that it inspired aspects of numerous films that came after it.

The Matrix wasn't the first movie to use some or even all of the elements that it did and it definitely wasn't the last, but it was a phenomenon that basically redefined the way action scenes were shot and edited. Here are nine films that owe at least a small part of the credit to the Wachowskis.

Inception has risen to a cult status of its own, but it still owes a lot to The Matrix. Much like The Matrix, the whole movie is essentially a battle of the mind and the boundaries of the universe are defined by those who are aware that they aren't really awake.

If watching watching The Bride go up against her former co-workers in the Deadly Viper gives you flashbacks to watching Neo defeat Agent Smith again (and again and again), there's actually a good reason for tat. The Matrix and Kill Bill share the same fight choreographer, Yuen Wo Ping.

It's probably a given at this point that if you're dealing with a superhero movie then at least one of the fight scenes is going to make use of the same slow motion dodging and fighting that the Matrix made so popular. At least, unlike Wanted, Watchmen remained completely loyal to its source work.

Admittedly, Charlie's Angels is not the movie to watch if you expect to be able to take it seriously. During one memorable scene, Drew Barrymore takes advantage of the slow motion camera in order to fix her hair before kicking two goons in the face.

Sucker Punch was less of a coherent film and more of an homage to just about every other film and anime that it could pack into 1 and a half hours. Baby Doll may have lived in a matrix of her own making, so far down the rabbit hole that even the audience couldn't tell how deep it was.

Hit Girl owes a lot of her intimidation factor to bullet time. As if a little girl running toward you in a purple wig with two guns in her hands isn't scary enough, the camera can give you a long minute to think about your life choices before she makes you eat your own gun.

Is there anyone who looks as good in black leather catsuits than the X-Men? Oh, yeah, right, the cast of The Matrix, who did it a lot better the year before. One Matrix-inspired scene occurs in X2, when Professor Xavier realizes he's trapped in an illusion when he notices that he's standing up.

Oblivion introduces us to Jack Harper and before the end of the movie he learns that everything he knows is a lie, that he is the chosen one meant for something far beyond his monotonous job, and his entire universe was constructed by the bad guys. Sound familiar?