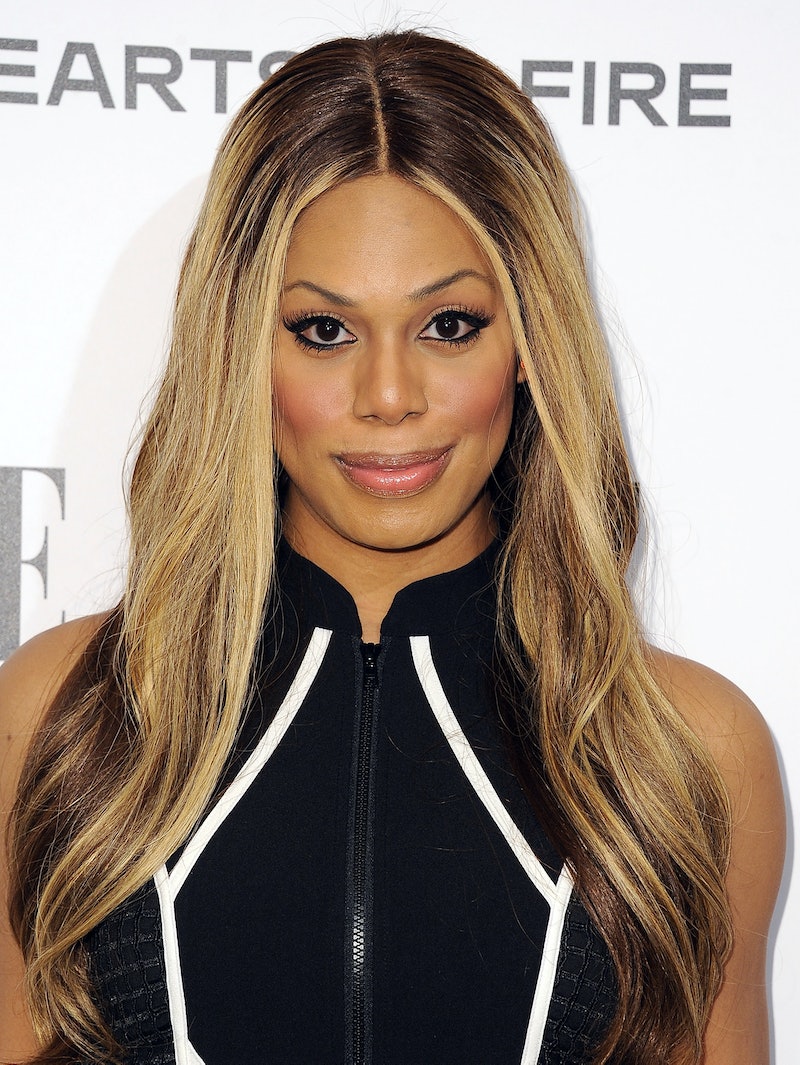 Laverne Cox is getting some well-deserved recognition for her trailblazing, groundbreaking, and a bevy of other equally as important -ings work on Netflix's Orange is the New Black . The transgender woman known for playing the credit card fraud inmate Sophia, Laverne Cox, will receive GLAAD's Stephen F. Kolzak Award in Los Angeles on April 12th at the GLBT empowering organization's annual Media Awards. And she's the first trans woman of color to receive the award. Three snaps for Cox!

The actress will be given the award by another recent notable — Ellen Page, who only just recently came out as a lesbian at the Human Rights Campaign symposium on gay youth last February in Las Vegas, Nevada — in honor of her own visibility and how that has positively affected the acceptance of the transgender community — something we recently wrote quite a lot about. Cox has been at the forefront of destabilizing gender identity's codification in culture, in addition to being an advocate, philanthropist, author, and thought leader on the matter.

In a statement from GLAAD president Sarah Kate Ellis, the nonprofit expounded upon their choice: "Laverne Cox has reshaped the way Americans see transgender people and raised the bar in diverse representations of the LGBT community in entertainment. She is not only a talented actress, but a truly transformational leader in the LGBT equality movement."

The award, which has been around since 1991 in honor of late casting director Stephen F. Kolzak, has been bestowed upon several prominent and pivotal figures in the LGBT community, including Sir Ian McKellen, Ellen DeGeneres, Melissa Etheridge, Anne Heche, Six Feet Under/True Blood creator Alan Ball, John Waters, Martina Navratilova, Rufus Wainwright, Wanda Sykes, and Chaz Bono, who has also been in the spotlight recently with his own openness regarding his transgender transition. Cox will be the first transgender woman to be handed the honor.