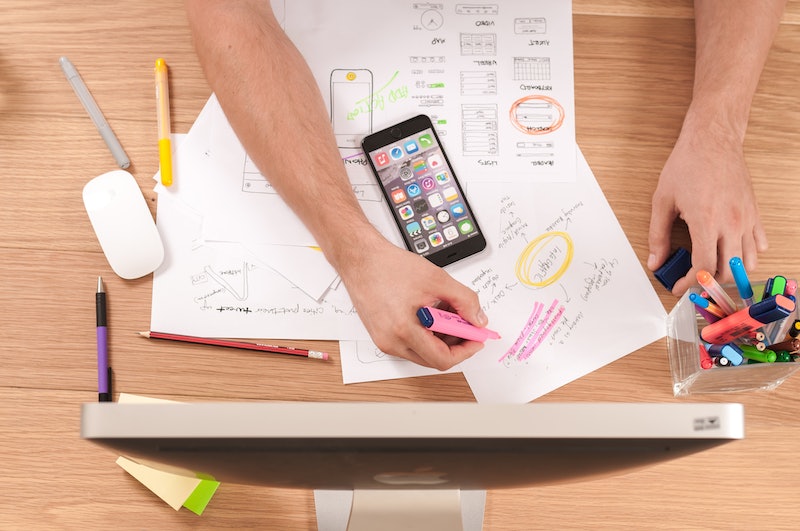 Google is known for being at the forefront of technological innovation, from its daily animated doodles to its virtual reality headset, Google Cardboard. Now, the tech giant has released a new artificial intelligence (AI) experiment called "Quick, Draw!" that anyone can play. How Google "Quick, Draw!" works is pretty fascinating; the Pictionary-like game relies on machine learning to guess what it is you're drawing. I'm not much of a sketcher or drawer, but "Quick, Draw!" is definitely inspiring me to bring out my inner artist.

"Quick, Draw!" is by no means the first AI experiment that Google has undertaken, but it's definitely one of the more fun projects currently available for people to explore. To play the game, head over to the "Quick, Draw!" site, where you'll be given six different prompts, one after another. The prompts are simple objects that most people have encountered before in their everyday lives, such as duck, watermelon, and radio. You only have 20 seconds to draw each object, which seems like a daunting, heart-thumping task — but it's actually not that bad. Even as you're drawing, the computer will guess out loud what it thinks you're drawing until it's sure: "Oh, I know, it's duck!" Pretty cool, right?

While it may seem like the computer is just shouting out random objects, thanks to machine learning, there are algorithms that help it figure out the object you're drawing. The game relies on a lot of the same technology that's behind Google Translate, the search engine's online language translator, according to a video explainer by the creators of "Quick, Draw!" In Google Translate, the tool uses your handwriting to guess what words or characters you're trying to draw before it translates them into the desired language. "Quick, Draw!" recognizes your drawings in the same way.

Here's a closer look at what makes "Quick, Draw!" work:

As the video explains, the computer pays attention not only to what you're drawing, but also to how you draw it. The shapes you draw, the order of your drawing strokes, and the direction in which you draw them all factor into what the computer thinks you're drawing. Somewhere behind all the neural networks that we can't see in the back-end, the computer recalls all of the drawings that other people have submitted in the past and draws its conclusions (pun totally intended) based on that. Talk about making an educated guess!

Since tons of people have probably tried their hand at "Quick, Draw!" by now, the game is getting pretty good at figuring out what they're drawing, even if the sketches vary slightly from person to person. The game literally trains itself to guess people's drawings based on previous experiences.

Need a more visual explanation? OK — let's say the game asks me to draw a rabbit. I draw a rabbit to the best of my ability, and the computer successfully guesses that I am, indeed, drawing a rabbit. You can see below what my different sketches were, including my (unfinished) rabbit:

Considering how poorly drawn my rabbit is (it's bad, I know), I'm actually quite impressed that computer was able to guess my drawing correctly. The only object that it didn't guess right was my bucket. Even though I personally think my bucket is pretty bucket-like, there must've been a disconnect between the strokes I made (or the order I drew them in) and what the computer is familiar with. It literally has a mind of its own.

The game did correctly guess the other five objects, though: Cookie, rabbit, watermelon, wine glass, and birthday cake. Once the game is over, the computer will tell you what else your drawing reminded it of. For instance, my rabbit drawing was also similar to other people's drawings of a rhinoceros and a duck, like so:

Again, it's all about training the computer to compare and contrast different drawings and recognize that different features belong in different categories, or objects. While it may be a simple task for us to know what a duck looks like versus a rabbit, the computer needs to "learn" that for itself. And in order to make the computer understand, it needs to see several rabbit doodles before it starts to distinguish the patterns that make a rabbit a rabbit.

The game also shows you the rabbit drawings that other people have submitted while playing the game:

As you can see, most drawings of rabbits tend to include big, floppy ears and a round body. (Gotta admit, that carrot is a nice touch as well.) So while we may have encountered different dogs, mailboxes, and cookies, we all have a similar idea of what each of those objects should look like. Again, the computer needs to see a lot of rabbit drawings before it can get good at guessing.

Of course, technology isn't perfect and the algorithms behind "Quick, Draw!" don't always work the way they're supposed to. But as more and more people play the game, it's safe to assume that those algorithms will get smarter over time and improve its accuracy ratio.

So if you're a tech nerd or just a fan of interactive games in general, give "Quick, Draw!" a whirl. Happy drawing!