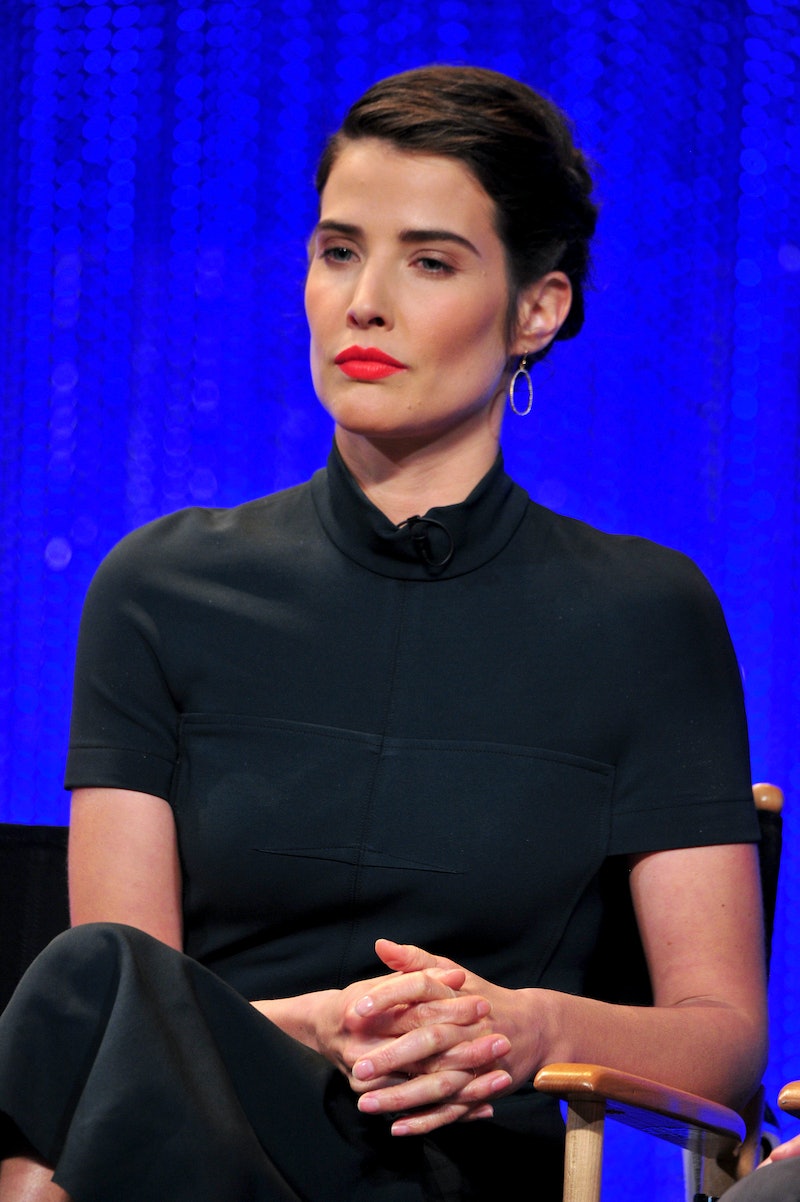 All these years, we've been wondering what How I Met Your Mother's final twist was going to be. How would Ted meet the mother? What would their final romantic journey hold? Would the mother die tragically? Would Victoria come back? Well, as it turns out, How I Met Your Mother's big twist was that everyone except for Lily and Marshall is a huge jerk.

Starting with Robin. We've been waiting nine very long years to figure out how Ted met the mother and instead the entire episode is about, you guessed it, Robin. How Robin and Barney got divorced because she was married to her career; how Barney seemed more torn up about it that she was; how Robin was still carrying a torch for Ted after all those years; how her face ended up on the sides of buses. The entire show is named after the character it took us eight seasons to meet — the mother — and yet Robin is the one hogging all the attention. She's getting all the slow zooms, centering on her longing for Ted as he gazes happily into his wife's eyes. When we see Ted's first moment with his daughter, who interrupts? Robin. In fact, on the Mother's freaking wedding day, who's the person who gets a dramatic, grand entrance in a fancy dress? Robin.

Ted's poor wife is wearing the simplest wedding dress. She takes the photo of the McClarren's gang, not even getting herself in the photo as if one of those bartender pals they're constantly pulling into their hijinks couldn't make sure to get the bride in the group photo on her own wedding day? Yeah, "it's recreating the opening montage photo from the credits," but it sends a pretty strong message that the Mother is just an accessory to all of this.

Of course, considering what an unlikeable protagonist Ted has been throughout the series — hell, even his friends can't stand the way he insists on pronouncing encyclopedia and renaissance and The Wedding Bride didn't have to make up much of anything to make him the villain. Yes, Ted is ultimately a good person — this we know — but he's also kind of a jerk. So perhaps, he and Robin are truly meant for each other. The jerks.

But then there's Barney, who ultimately had his shining moment with his daughter Ellie. After losing Robin, he found the one woman in his life who he could give himself to heart and soul, changing him from the sort of asshat who says things like "Congratulations to me because the blood test came back and I'm not the father? Happy not-father's-day-to-me!" But not too long after, he's in a bar, slut-shaming the women he used to prey on for wearing short skirts and low-cut tops. Now that he's a father, he's got the power to judge the very women he subsisted on for years. Then there's the mother of his child, who's never named — "number 31" is a rather dehumanizing consolation prize — and is ostensibly not a part of baby Ellie's life. Women, who needs em? They're all dressed in appropriate clothing and having babies out of wedlock. I bet none of those girls even like hockey.

Which brings us to the show's creators, themselves. How I Met Your Mother has long had an issue with presenting women and objects — either for Barney to salivate over or for Ted to pine after. Robin has consistently bashed other women for years, suggesting that a distaste for sports and scotch somehow makes women — like Lily, for the record — lesser. And then, of course, there's Lily's final Halloween costume, which deserves to be filed under cruel and unusual punishment. Alright, so maybe that part was mildly cute.

At the very least, Robin and Ted ending up in asshat love together makes sense. But it's the creators, who've teased us with thoughts of yellow umbrellas and happily ever afters, who ultimately ripped the Mother from our clutches with a mystery illness, dropped the umbrella for the blue French horn, and made our nine years of waiting totally pointless.