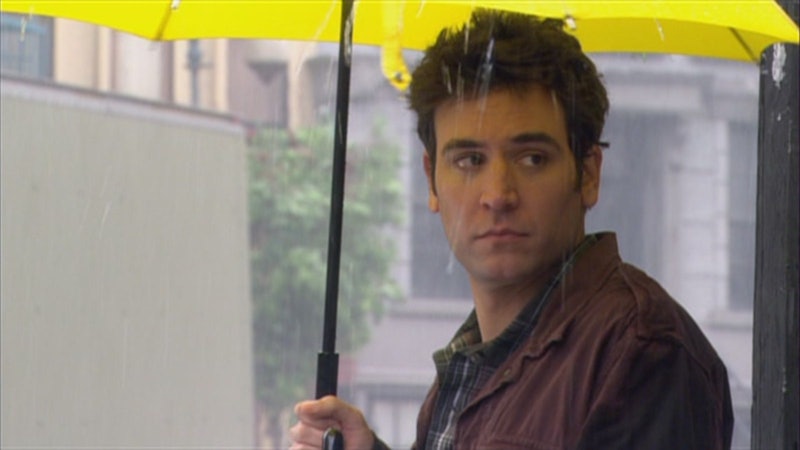 Ted Mosby's true love wound up being... wait for it and oh yeah, spoiler alert .... Robin?!?! How I Met Your Mother has thrown fans plenty of curveballs over the course of nine seasons, but even with our own prediction that this was going to happen, it still seems a little unreal and crazy. Sure, we technically met The Mother a.k.a. Tracy McConnell (Cristin Milloti), but there was still the chance that Robin — despite her on-and-off courtship with Ted having already worn thin and, you know, her marriage to Barney — could still wind up being The One. But, the series finale "Last Forever: Part Two" didn't leave Ted's ever-unfolding love life a mystery. In the end, it was Robin and the Blue French Horn.

Depending on which HIMYM theory you bought in to (and believe us, there were plenty) or whatever your heart wanted, this reveal either came as a shocker, or the most obvious thing in the world. From the pilot alone, The Mother (who the Internet declared a goner a few weeks ago) wasn't necessarily fated to be The One. After all, Ted was pining for his kids' "Aunt" Robin even in the re-telling of his very long story. In fact, it wound up being his kids (the very own kids he had with his now-dead-for-six-years wife Tracy) who encouraged him to make a move on the now-divorced-for-many-years-from-Barney Robin.

Of course, it wasn't always Robin vs. The Mother when it came to who would ultimately rule Ted's heart. (As far as HIMYM competitions went, we'd argue that Robots vs. Wrestlers was more of a high-stakes showdown.) After all, there had to be a reason why they brought Victoria (Ashley Williams) back this season, right? There had to be a reason why Ted declared Victoria his best girlfriend and she dumped her fiancé a few seasons back, yeah? Ultimately, Victoria's role in Ted's journey to love was... well, as pointless as having the final season be about the wedding of the ultimately doomed Barney and Robin.

Hey, at least he didn't end up with Stella or Karen or Jeanette or Becky or, horror of horrors, Zoey, right? It's actually kind of amazing Ted wound up with anyone worthwhile in the end, if you think about it.