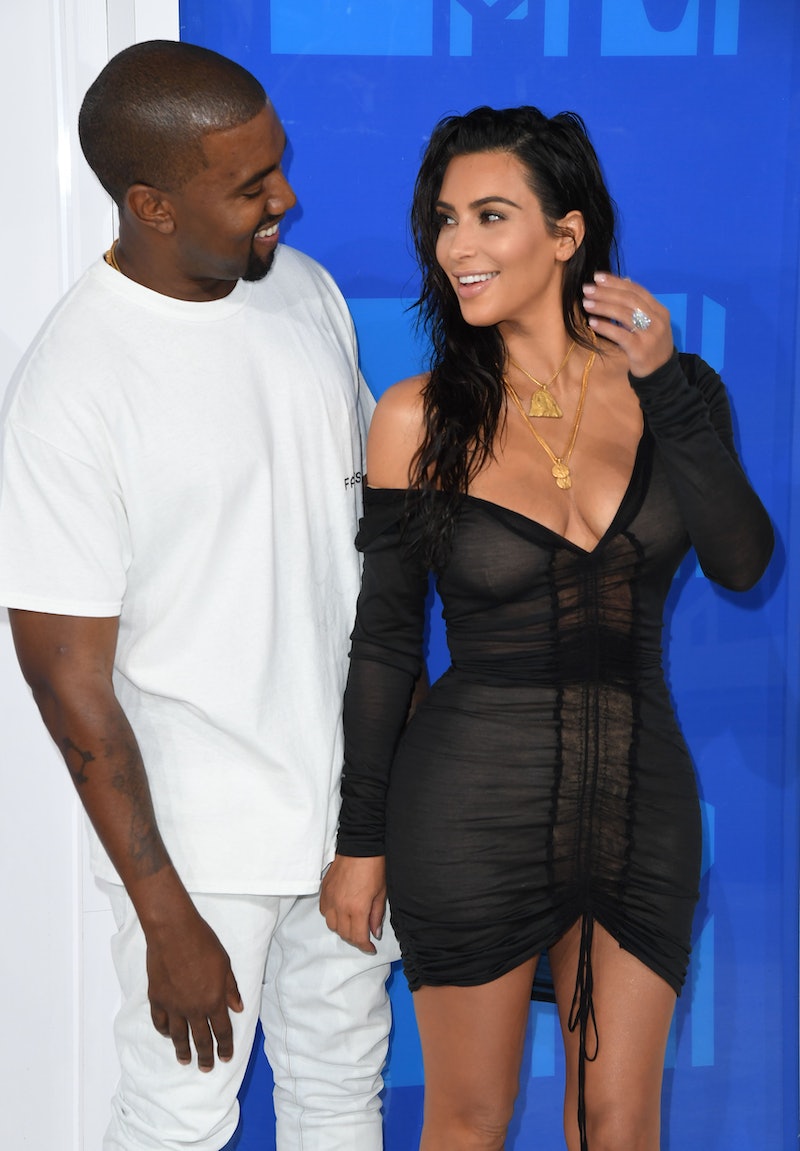 The Kardashian-West family has had quite a roller coaster of a year, to say the least. For a moment, the Kardashians and their extravagant lifestyles seemed to be untouchable. While their empire is still thriving, Kim Kardashian faced a terrifying robbery ordeal in early October and subsequently retreated from her extremely public life. Now, her husband, Kanye West, is facing his own personal battle and has been hospitalized for exhaustion. According to reports, Kardashian is keeping positive and supporting West and it shows just how strong she has had to be in recent months.

On Nov. 21, West was hospitalized for exhaustion after canceling the remainder of his Saint Pablo tour. That morning, it had been reported that Kardashian would attend the Angel Ball in NYC, which would have been her first public appearance since before she was robbed. Soon after, reports came out that Kardashian canceled her event and rushed to be at West's side that evening. Reports are now coming out about Kardashian's role in West's recovery, and it sounds like she's as supportive and strong as ever, for her husband, her family, and for herself.

A source shared with E!,

"She is just holding things down like Kanye did for her when she needed support. Kim is doing much better and is strong. This shall pass she believes. Kim is by his side now and will stand there till everything gets better... Their time together was just about support. Kanye will be ok. He has a good set of doctors and the main thing is he wants to get through this."

At least for me, her nearly total retreat from social media and the public eye following her Paris robbery has really shown how seriously Kardashian is in protecting her family and herself. And now, with her husband's hospitalization, it wouldn't be a surprise if she continues to put off her work to remain living privately for a while.

"Kim was concerned that he may have been taking on too much with all these shows. It was many things on his plate that started to pile up at once.... Kim and Kanye love each other and will do whatever it takes to support each other. The whole Kardashian family as well love and support Kanye."

No matter what, these difficult times are definitely proving what Kardashian is made of as a woman and mother. Her and West's love and support for each other away from the spotlight is probably their highest priority now, which is exactly how it should be.