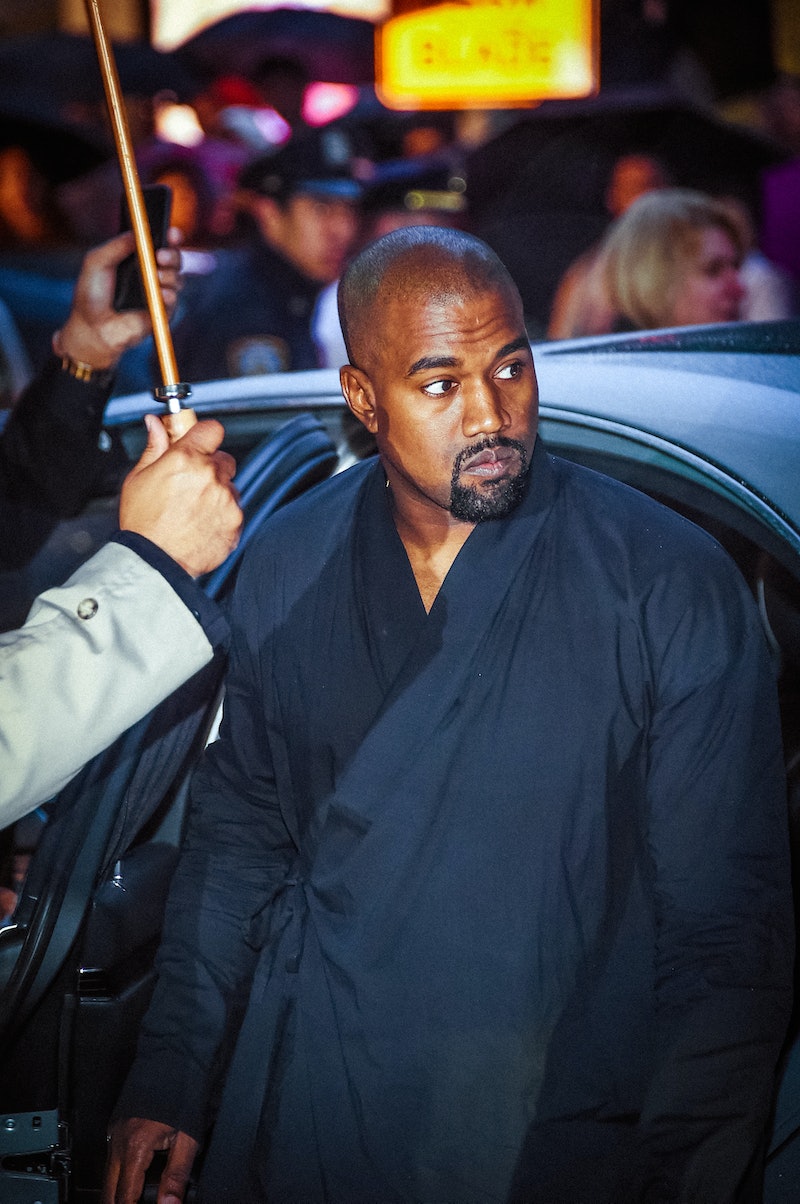 The Kardashian-West family sure has had their fair share of ups and downs in 2016, haven't they? Most recently, Kanye West was hospitalized for exhaustion on Monday, Nov. 21. after canceling the remainder of his Saint Pablo tour. This isn't the first time a celebrity has taken time off due to "exhaustion," but how long is a hospital stay for exhaustion is most likely depends on how severe the exhaustion is and what doctors think is best for the patient.

According to the Mayo Clinic, there are two different types exhaustion (which sometimes also referred to as fatigue). First, there is "temporary fatigue," which can stem from being overtired or overworked. When it's temporary, it usually has "an identifiable cause and a likely remedy."

Then, there is "unrelenting exhaustion," which is more serious, lasts longer, and rest isn't a quick fix. As the Mayo Clinic explains, "It's a nearly constant state of weariness that develops over time and reduces your energy, motivation, and concentration. Fatigue at this level impacts your emotional and psychological well-being, too."

The length of treatment and hospitalization also probably depends on what caused the exhaustion. In January 2012, Dr. Tara, an ER doctor and associate medical director of the emergency department at Lenox Hill Hospital in New York City told FOX411, "We have many people come in feeling fatigue and weakness and exhaustion and our job is to find out the cause. Exhaustion is more a symptom than a diagnosis and people can have it for many different reasons, among them dehydration, metabolic problems, infections or hormone abnormalities."

There are so many different factors and details aren't available to the public at the moment when it comes to West, specifically. Really, there's no way of knowing how long he will be in the hospital, unless he comes outright and says or until he is released.

His mother-in-law, Kris Jenner, did speak to Extra about West on Monday, before news broke that he was hospitalized, and said, "He's exhausted. He's just really tired. He's had a grueling tour and it's been a grind, so he just needs to rest."

At the time of West's hospitalization report, Bustle reached out to a West rep for comment, but did not receive an immediate response. A rep for the rapper, however, spoke anonymously with The New York Times Monday and revealed that West's doctor made the call to police alerting them of his condition. His rep also added that he was transported to the UCLA Medical Center for evaluation willingly.

More like this
Kanye West Has The Most Kanye Reaction To Kim Kardashian & Pete Davidson's Split
By Jake Viswanath
Are John Legend & Kanye West Still Friends? The Singer’s Latest Update Is Candid
By Brad Witter
Kim Kardashian Pays Homage To Kanye West’s Fave Film In New Swimwear Pics
By Bustle Editors and Maxine Harrison
Ashton Kutcher Opens Up About His Battle With Rare Autoimmune Disorder
By Radhika Menon
Get Even More From Bustle — Sign Up For The Newsletter