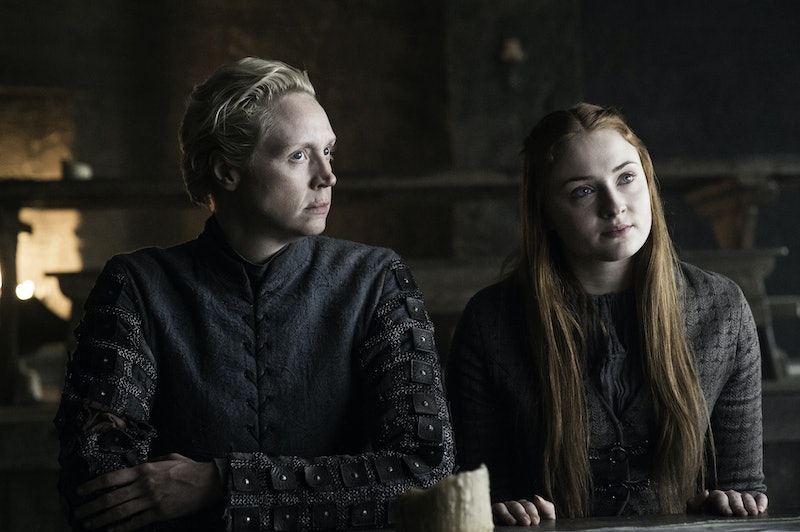 Trust me when I say that being the only person in your family who loves Game of Thrones is a tough road to walk. Week after week, Game of Thrones is a thrilling show, but not being able to share that magic with your family members can sometimes dull the shine. This reason alone is proof that there is no better time to get your family hooked on the best dang show ever than this holiday season. The sun is setting earlier, the temperatures are dropping, and the yen to go into full hibernation mode is so very real. Why not enrich the lives of the ones you love and beat back the winter doldrums by introducing them to Game of Thrones ? Trust me, you don't want to wait any longer. Your family needs to board the Game of Thrones fandom train ASAP.

You can start by telling your family that Game of Thrones combines fantasy, adventure, romance, drama, and even the briefest moments of levity to make it into a truly compelling show. If they start to roll their eyes or change the subject, you can queue up the pilot episode and woo them to the sofa with treats. Or, if you're feeling more industrious than usual, you can try these tried-and-true methods (tested by yours truly) to reel your family members into the world of Game of Thrones.

There's six seasons worth of Game of Thrones calling your name. Why waste time? The best way to get your family hooked on the fantasy show is to suggest stocking up on snacks and plow through every episode while wintry winds blow outside.

Is someone in your family groaning about all of the characters or storylines? Take the opportunity to make the struggle very real and applicable to daily life. The ability to connect with the characters on a human level will turn those naysayers into the avid fans.

3. Show Them All The Game of Thrones Memes

It's no secret that Game of Thrones is the ultimate meme fodder. From joking about the change in seasons or poking fun at what Jon Snow knows, showing your family the lighter side of an otherwise heavy show could sway them to watch with you.

4. Gift Them An HBO Go Subscription To Entice Them

It's the holiday season, isn't it? Why not gift your family with an HBO Go subscription so they can join in on the good times?

5. Read The Books While Watching The Series

George R.R. Martin has delivered some hefty books to the masses which serve as the basis for Game of Thrones. You could read the series with an interested family member and then watch the corresponding season at the same time, in turn making the show a more enriching experience.

6. Show Them Other Films With The Game Of Thrones Actors

This show isn't the only gig the Game of Thrones actors have had. Lena Headey (300), Peter Dinklage (Elf), Sophie Turner (X-Men: Apocalypse), and Nikolaj Coster-Waldau (Wimbledon) are just a handful of the many actors that can be spotted in other amazing films. Why not draw in your family by showing of the malleable talents of the Thrones cast?

7. Take A Game Of Thrones Quiz Together To Pique Interest

There are so many Game of Thrones quizzes, it's ridiculous. Take a quiz with your family and spark their curiosity about what their results mean. It will definitely make watching the show more exciting.

8. Get Them Hooked On The Themes Of The Show

Game of Thrones is a thematically rich watch. Feminism, politics, family relationships, race relations, and class structures all serve as frameworks where the show lives. If you have a family member who likes analyzing their television shows, let the themes of Thrones serve as their entry point.

9. Relate Game Of Thrones To Other Fantasy Epics

There are plenty of other fantasy series both in film and television that could help you sell Game of Thrones to your family. Does your sister love all things Harry Potter and crave magic in everything she watches? Game of Thrones has that in spades. Is your dad all about the fight between good and evil in Star Wars? There's a ton of that too, and it's just as thrilling.

10. Show Them An Unmissable Clip To Stir Curiosity

You don't need to give your family spoilers in order to get them interested. Why not show them a clip from Season 6's "Battle of The Bastards" episode or, even better, Tyrion's trial scene from Season 4? If they're not hooked after a quick clip show, I don't know what will work.

11. Introduce Them To The World Game Of Thrones Fan Theories

Game of Thrones and fan theories go together like peanut butter and jelly. If your family members love a good mystery, then introduce them to the many theories that keep diehard fans chomping at the bit season after season.

It will be a feat of complete Herculean strength for your family to resist one of these surefire methods to get them hooked on Game of Thrones. I guarantee they'll fall in love with this show no matter what and that means that even if winter is here, there will be nothing but good times to be had.