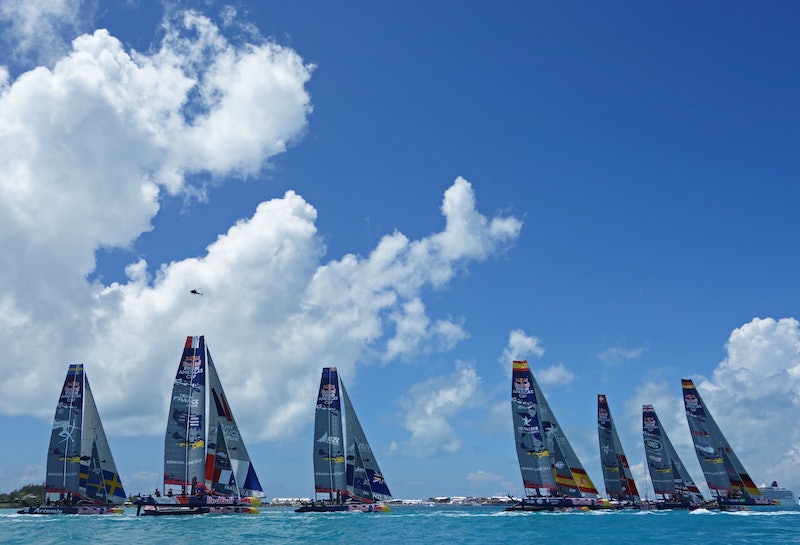 To many people, southern Connecticut is nothing but a frustrating mass of land that makes the drive from New York to Massachusetts about two hours longer and 500,000 times more aggravating. In their eyes, CT is just a place that gets in everyone's way. But there is much more to life in the Constitution State than the raw, existential horror of an I-95 traffic jam (though that is part of the experience, as well).

I spent my entire childhood in Trumbull, Connecticut (home of the 1989 Little League World Champions, thankyouverymuch) and despite the area’s reputation as the netherworld between New England and New York, southern Connecticut really does have its own culture. We have our own fast-food chains, our own celebrities, and of course, our own bizarre, robotic-puppet-filled grocery stores. If you’re from southern Connecticut, you know what I mean. You also know that…

EVERYONE Falsely Assumes THAT YOU'RE FILTHY RICH.

Even if you're driving a 1989 Toyota Camry, people will assume that you’re a billionaire who owns your own pony, lives in a mansion, and hangs out with the Kennedys. In reality, you only know about this stuff from CW sitcoms, just like everybody else.

YOU HAVE PROBABLY RUBBED ELBOWS WITH THE FILTHY RICH, THOUGH.

Like that time you served Meryl Streep at Starbucks! Or the time you tried to ding-dong-ditch Martha Stewart's house on Halloween.

EVEN IF YOU DON'T CARE ABOUT BASEBALL, YOU ROOT FOR THE YANKEES OR THE RED SOX.

Who are these "Mets" that you speak of?

YOU HAVE FELT THE INDESCRIBABLE TRIUMPH OF JUST BARELY MAKING THE LAST METRO-NORTH TRAIN OF THE NIGHT BACK TO CONNECTICUT.

You have also felt the exquisite agony of missing the last Metro-North train and having to hang around some bizarre all-night diner while fending off weirdos.

YOU KNOW THAT DUCHESS IS MORE THAN JUST A ROYAL TITLE.

YOU AND YOUR FRIENDS DARED EACH OTHER TO EXPLORE THE GROUNDS AT FAIRFIELD HILLS.

I mean, you had an honest-to-god abandoned asylum right in your backyard! How did you let that go to waste?! Part of you vowed to come back and explore it someday ... until they announced the grounds will be turned into a public park.

YOU KEEP AN OBSESSIVE MENTAL LIST OF CELEBS WHO ARE FROM SOUTHERN CONNECTICUT.

Which is pretty easy, since it's basically just Glenn Close, Chloe Sevigny, and John Mayer.

YOU HAD AT LEAST ONE CHILDHOOD BIRTHDAY PARTY AT THE BEARDSLEY ZOO.

Bonus points if you got mad that all the animals were asleep the whole time.

In fact, it's hard to find a childhood photo of you where you're not leaning on a tall ship.

...BUT YOU NEVER QUITE FIGURED OUT WHAT THE BIG DEAL WAS WITH THE PIZZA.

In retrospect, your parents were double-fisting margaritas out on the deck, and that's why they were so cool with you eating all the taffy.

YOU WERE PSYCHED WHEN THE CONJURING CAME OUT LAST SUMMER.

Because the main characters were based on real-life Connecticut ghost hunters Ed and Lorraine Warren. The Warren family offers ghost tours based out of their Easton home to this very day, in fact!

YOU WILL NEVER FIND ANOTHER GROCERY STORE AS COOL AS STEW LEONARD'S.

Singing animatronic milk cartons! Free juice dispensers! And if you took a picture of yourself with one of their shopping bags in front of a national or international monument, you got it posted in the store! Take that, stores that only post photos of shoplifters.

YOU've LET SOME OLDER KIDS PSYCH YOU OUT ABOUT THE WOODEN ROLLER COASTER AT LAKE COMPOUNCE.

Listen, the Boulder Dash is totally safe. It was sticking with those unlimited Pepsi refills beforehand that was dangerous.

EVERY SCHOOL FIELD TRIP WAS TO A COLONIAL HISTORICAL SITE. EVERY. SINGLE. FRICKIN. ONE.

If there had been a "dip your own candle from scratch" portion of the SATs, you would have aced it.

AS A TEENAGER, YOU WERE DESPERATE TO MOVE TO NEW YORK OR BOSTON.

But now that you're older, you know the Nutmeg State will always have a hold on your heart (even if you did end up moving away to New York or Boston).