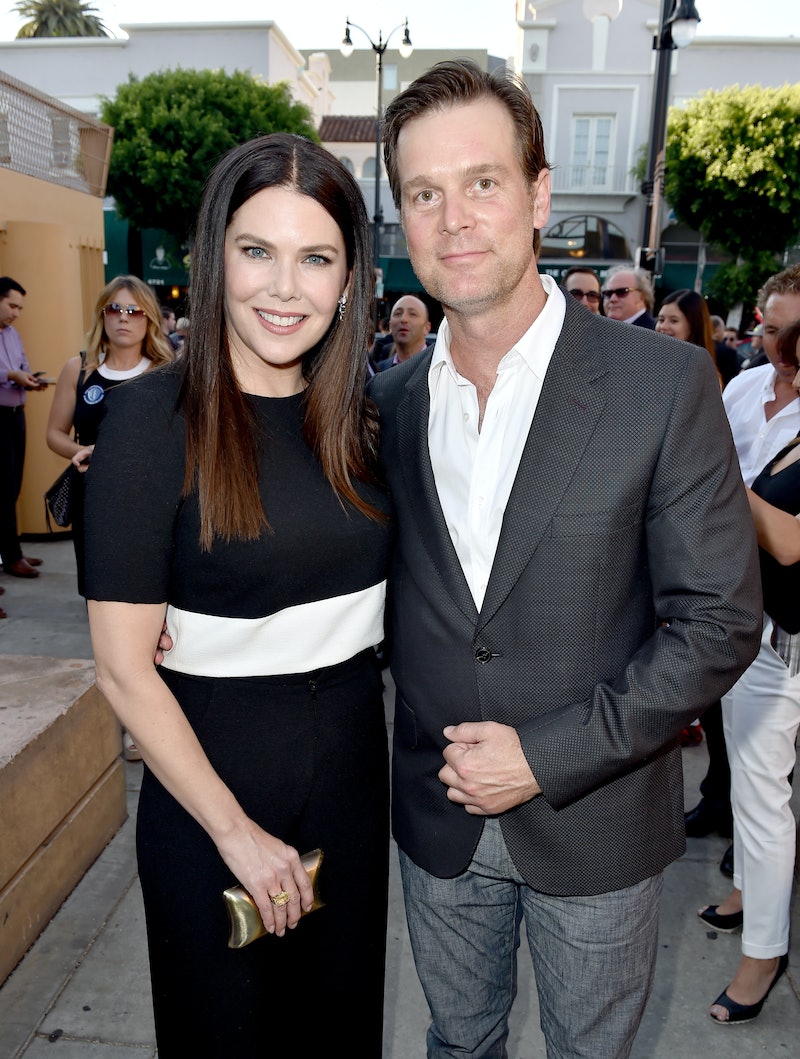 Mild SPOILERS for the Gilmore Girls revival ahead. If you were thinking that that hunky park ranger Lorelai encounters when she’s trying to set forth on her Wild (the book, not the movie) trip looked familiar, especially when standing next to Lorelai Gilmore, you were right! Parenthood star and real-life beau of Lauren Graham Peter Krause made an appearance in the Gilmore Girls revival.

Graham and Krause met on the set of the hit show Parenthood, where they played brother and sister in the Braverman clan. In Graham’s memoir, Talking As Fast As I Can, she writes, “At our age, [Peter and I had] probably both been through ‘showmances’ that went south and made work an uncomfortable place to be, but ultimately, our mutual wariness gave way — it just sort of happened.” These two are one of my favorite showmance couples, so how delighted was I when Lorelai was asked to show her hiking permit (I didn’t know you needed a permit for hiking, but shopping is my cardio) by a very handsome and by-the-books ranger? The two’s natural chemistry showed onscreen, which is probably a combination of their relationship and also the fact that they acted across from and with each other on Parenthood for nearly 10 years.

While this park ranger wasn’t as nice to Lorelai, another one a day earlier gave a lecture about dying in the bad weather and told everyone to stay home, mostly. That ranger was played by Jason Ritter, who was also on Parenthood with Krause and Graham, that time as Graham’s love interest. Mae Whitman, who played Graham’s daughter on Parenthood, also makes an appearance in the “Spring” episode.

A show like the Gilmore Girls revival is tailor-made for including not only everyone in the original series cast but also for bringing on famous fans of the show, friends, and other loved ones. While I can’t say for sure that Krause loved Gilmore Girls before he met Graham, I can assume that he loves a Gilmore girl now, and that gives him total permission in my eyes to be a part of Gilmore Girls: A Year In The Life.