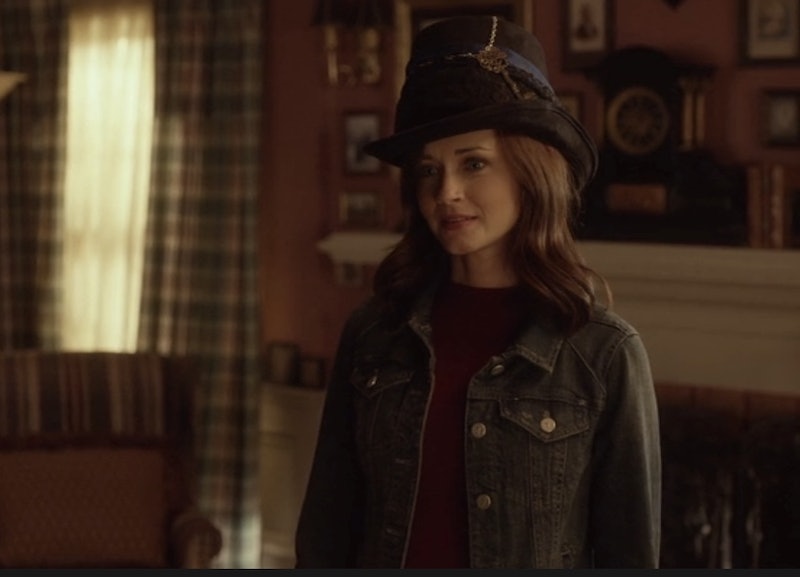 SPOILERS for the Gilmore Girls Netflix revival ahead. As far as decision-makers go, Rory Gilmore has never been the best one. That was not aided by her years at Yale, in which she encountered a secret society that was Hell-bent on causing mayhem in the name of fun. Fortunately, for the sake of drama and elaborate costumes, the Life & Death Brigade returned in the Gilmore Girls revival for one last adventure.

Logan and his cronies arrived in Stars Hollow at the beginning of "Fall" to pull Rory out of her existential funk, though Rory left them the next day like the Wendy Darling she is. "Stay photogenic, I beg you," said Finn. I'm getting ahead of myself. The night was full of romping, galavanting, tango dancing, and set to the Across The Universe cover of "With A Little Help From My Friends." They drank too much and spent too much. Were they trying to win Rory back for Logan? Not really. He's still engaged to the French heiress (those Chris comparisons really kept piling up in the revival, didn't they) and didn't plan on changing that. This outing is likely integral to the final four words, but whether that bums you out or has you cheering, it was still nice to see this group back together.

Was it a little inappropriate? I think so, at least. Don't get me wrong. I love Colin and Finn. I love these weird Steampunk outfits. The whole montage was shot beautifully and wonderfully weird. However, what are these men doing?! They're in their 30s. They have been out of school for more than 10 years by now. Keeping up the Life & Death Brigade charade is inventive and fun and I wish I had friends like that, but, considering its origin, this is a little much. They need to learn to let go of the past. Rory made a smart choice to cut ties with Logan and not take his lake house in Maine to write. The Huntzbergers may have money, but Rory has hopefully grown past their antics.