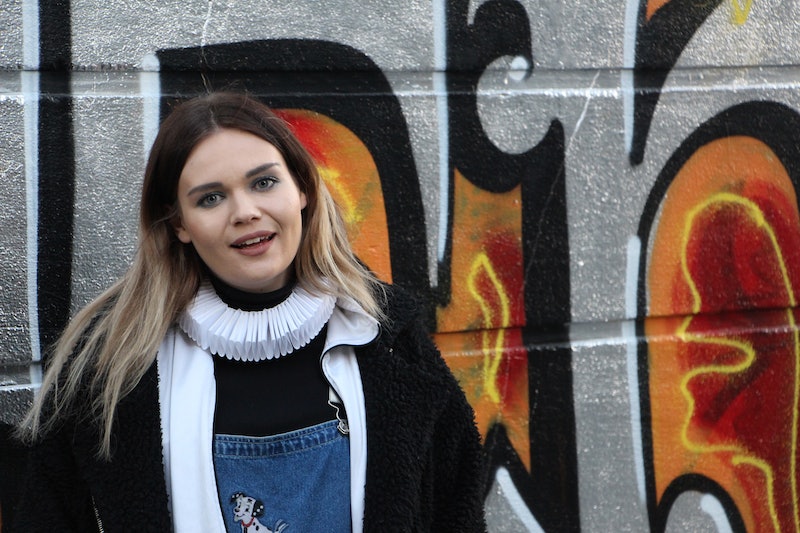 Though some vintage is considered stylish, certain vintage styles and accessories don't really have a place in modern fashion. To test out whether or not a classic historical trend would work in modern times, I wore an Elizabethan ruff for a week and planned to wear it for a week and see how my friends and opinionated strangers would react.

Ruffs were on trend from the 1560s all the way up until 1625, meaning that they were deemed a pretty fire look for nearly a century. Shakespeare, Queen Elizabeth and a whole host of other long-dead bougie folk were often seen sporting a brilliant white ruff; and if it was good enough for them, then I felt it may as well be good enough for me.

But is it possible to take vintage too far? The not so distant past has a wealth of looks that can be easily incorporated into your daily wardrobe, with retro shapes and styles providing that extra edge to your personal aesthetic. However, nobody has ever said whether looking even further into the past — say all the way back to the Tudor times or even the Middle Ages — is potentially off limits for casual style inspiration.

Before starting on my quest to thought-provoke using nothing but an accessory, I honestly wasn't sure how people would react. Bracing myself for a few heckles from strangers in the street and a few ruffled feathers, lol, I began my week as a dedicated ruff wearer. This is what happened when I did.

On my first day wearing the ruff, the puns and jokes from my new and amused housemates came pouring in.

"Are you trying to ruffle some feathers?" asked one. "Is that the cone of shame?" laughed another. After entering the kitchen, I was questioned as to whether I was trying to look like a mime, a similarity that I probably should've noticed myself when pairing a big white ruff with a black and white striped tee. None of the remarks were made to cause offense, as far I was aware, and the object around my neck sparked more conversations about my profession than anything else.

Thankfully, no strangers made any rude comments about my appearance, although the cashier in the supermarket did ask whether or not I was an X Factor contestant.

"It's so weird to see you acting normally but wearing a ruff," my boyfriend said, bursting into laughter after coming into our room. At this point I was very used to the feel of it around my neck and even enjoyed the extra chin lift it gave me whilst slouching on the sofa and slight warmth on this cold Winter day. One of my housemate's gave me a curtsy on sight, a reaction that I could definitely get used to, if this kept up then maybe I could send for someone to get me a drink or do my chores every now and then.

Realizing that I didn't know too much about the accessory that I was wearing, I spent my evening researching ruffs and learned that mine was vaguely Elizabethan more than any other style. As my middle name is Elizabeth, I reckoned I was doing my namesake proud.

"You actually have to wear this for a week," my housemate said as he came into the kitchen, "I thought you were joking." Clearly the fabric around my neck wasn't blending into my outfit enough to make it look seamless, I made a note to try and style the ruff into my outfits better because at the moment it seemed to look more like a fancy bib. Surprisingly, I hadn't dropped any food down it yet.

At one point I considered making myself an Elizabethan feast but instead opted for soup, an easy food staple that was probably around in those days, anyways.

By day four, I started to notice ruffs everywhere. A bar I briefly swung by had women dressed as clowns wearing ruffs on the bathroom walls. An Adobe Stock advert on my Facebook was showing me a similar image and even Netflix was recommending I watch Blackadder. My friend posted an interview online, speaking with the fashion designer Edward Meadham about his new project, and each look had it's very own ruff. Perhaps I had subconsciously caught onto something.

Seeing as the whole point of this experiment was to take vintage too far, I decided to head down to Brick Lane, a street in East London that's renowned for it's many thrift stores, and see whether I'd turn any heads. With this area being so used to weird hipster trends, nobody even noticed my extravagant accessory.

The once pristine ruff had started to get a little grubby, with makeup from my chin and general wear making it appear sadder than it once was. But I had no idea how to clean this thing, as I'd never owned one before.

I contacted Jender Anomie, a Depop seller that hand makes her own ruffs to sell online, for some help. She suggested that I pop it in the washing machine but I was too scared in case it fell apart. It would be disastrous if I had to carry a half broken ruff around my neck for the next couple of days. As it turns out, gently dabbing the offending areas with a cotton pad soaked in micellar water works wonders.

Later on in the evening, I tagged along with some friends to a local gig where an acquaintance referred to me as being "a cool person." If that's not a good sign, then I don't know what is. Maybe the ruff was an even cooler look than the iconic backwards cap.

Going for a monochromatic look turned out to be the best way to subtly work the ruff into my every day look. Although my friend Beccy praised the frilly choker and inquired as to where I found such a thing, it barely caused a reaction. By this point I was barely even noticing it myself either, the historic accessory had completely become part of my wardrobe.

On my return home, one housemate mentioned that I looked a lot like Wednesday Addams. A comment that I chose to take as a compliment, my former goth teen self would've been proud.

The last day of my ruff wearing experiment was completely underwhelming. Despite being in central London throughout the day, not a single person noticed me. At one point I thought a Chinese street style photographer was going to ask to take a photograph, but it turns out we were just blocking the window display she wanted to look at.

On my return home, I pulled the ruff off from around myself and flung it to the ground, finally my neck was free.

Despite spending the week wearing a ruff, the reactions were mostly curious or positive and not a single person shouting anything mean at me during the experiment. It did however prove to be a good ice breaker in certain situations. Perhaps London wasn't the best place to try this out, as it already attracts a weird and wonderful array of fashion tastes. Is there any way to take vintage farther than wearing an Elizabethan ruff for a week? I'm not sure, but I'll definitely keep trying.

More like this
12 Androgynous Outfit Ideas That Feel Effortlessly Cool
By Syd Stephenson
23 Times Meghan Markle Dressed Just Like Princess Diana
By Bustle UK
I Have Eyebrow Alopecia – & Microblading Gave Me My Confidence Back
By Jessica Morgan
Bustle Newsletter: June 27, 2022
By Hayley Schueneman
Get Even More From Bustle — Sign Up For The Newsletter