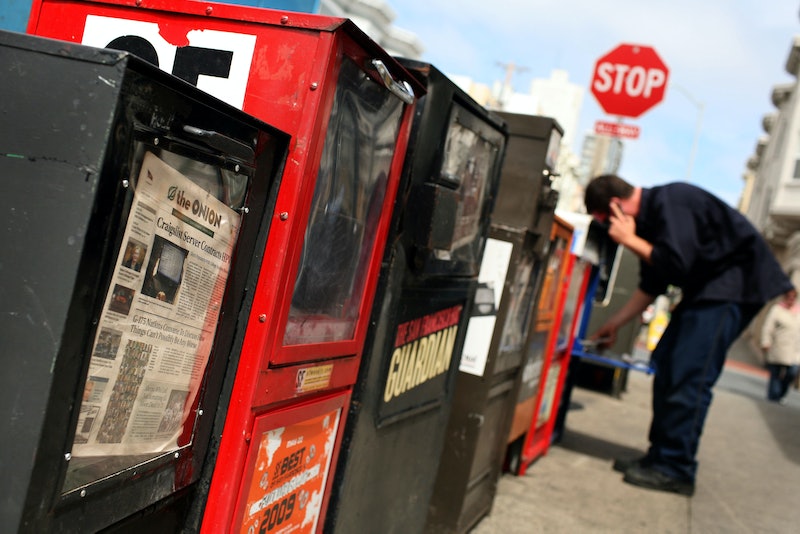 It used to be that fake news was easy to spot. They filled the pages of the National Enquirer or arrived in an email with a misspelled subject and prefaced with sentences like "this is not a hoax!!" or "what the government doesn't want you to know!!" Nowadays, however, the number of websites dedicated to spreading misinformation through completely fabricated news stories seems larger than ever. And thanks to social media fake news can become viral news in a matter of minutes. So, how can you tell real news from fake news?

The rise of fake news and its potential influence over the 2016 presidential election has spurred both Facebook and Google to publicly vow to crack down on the fake news sites using their advertising services. As two of the internet's largest distributors of information, Facebook and Google came under heavy criticism shortly after the election for giving prominence to misleading or completely false stories.

Yet a recent study from researchers at Stanford University's Graduate School of Education found part of the problem may be that many young people can't decern what's credible and what's not. For example, the study found 82 percent of middle school students couldn't differentiate sources of authentic news from ads labeled "sponsored content." Despite being so-called "digital natives," students in middle school, high school, and college were described by researchers as having evaluation skills that were "dismaying," "bleak," and a "threat to democracy."

While I can't tell you what possesses someone to write a fake news story in the first place (although my first guess is money), I can pass along a few tips to help you separate fact from fiction.

1. Evaluate Where The Article Came From

One of the first things you should do when evaluating if a news article is real or fake is to double check the site's URL. Are you reading an article from cnn.com (the real deal) or cnn-channel.com (not the real deal)? Is the article your friend shared on Facebook from abcnews.go.com (real) or abcnews.com.co (fake)? Often times a brief tour around the sites can also shed some light on its credibility if the URL doesn't immediately strike you as suspicious. Poke around. Does the website's About Us section seem suspect? Are other headlines completely implausible?

Any story, chart, or graph that doesn't cite a source of some kind should be considered highly suspect. Sometimes a fake news story will credit information to a fake source. For example, an infographic showing national crime statistics retweeted by President-elect Donald Trump cited "Crime Statistics Bureau — San Francisco" as its source. A simple Google search will tell you there is no such agency.

It's not uncommon for old news to be recycled. While these stories aren't completely fake — they did happen at some point — their reappearance can lead to a serious distortion of the facts. Double check the date of publication on both the article being circulated and the original sources it links to.

If the news you're looking to question revolves around an image, you can easily check its original source using Google's reverse image search function or TinEye.

You can easily check fact-checking websites like Snopes, Factcheck.org, or PolitiFact to see if the news story you've come across has been debunked as fake.

6. Get A Little Help

For anyone still a little concerned about their own ability to differentiate real news from fake news, Chrome extensions like "Fake News Alert" and "B.S. Detector" can help tip you off when you've stumbled onto a website that's known for producing fake news.

While we're unlikely to see fake news eradicated from the internet anytime soon, education and awareness can help you filter the hoaxes from the headlines.