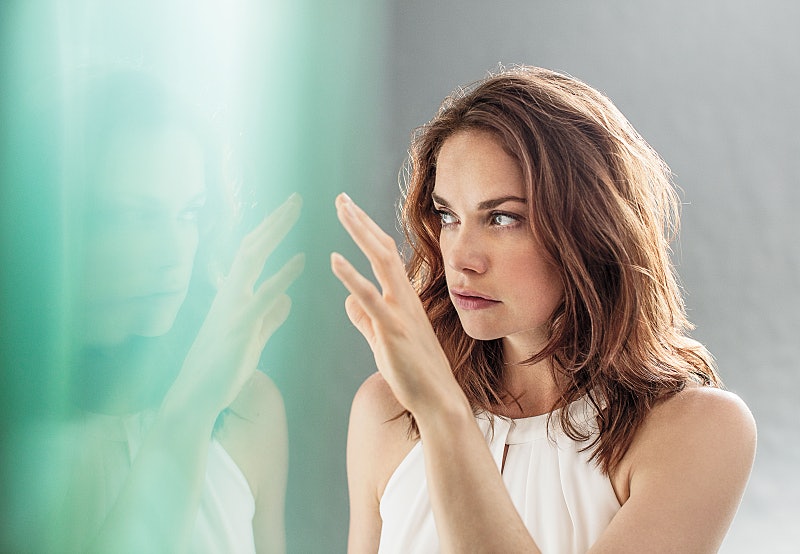 When Season 3 premiered last week, Alison was conspicuously absent from Noah's life and a voicemail indicated that she wanted him to stay away from both she and Joanie. The exact status of their relationship is unclear, but the Nov. 27 episode provided some insight into what happened to Alison on The Affair during the time jump — and it raised a few more questions about a character who has always been mysterious, even when we're watching life unfold from her point of view.

Alison returns to Montauk after a six-month absence and rents a new place with rooms for herself and Joanie. But, she quickly runs into a roadblock when Cole and Luisa tell her that she can't visit Joanie let alone regain custody. The last time we saw these characters Cole didn't even know that Joanie was his child, so what exactly happened? According to Luisa, Alison finally told them the truth about Joanie's paternity two years ago — long after Scotty's death and Noah's subsequent imprisonment. They shared custody until Alison left town, but apparently she gave up all her custodial rights at that point and, due to her abrupt departure, Cole and Luisa consider Alison to be an "unfit" mother. Although I certainly don't envy their situation, the truth about Alison's absence is far more complicated and heartbreaking than either of them will acknowledge.

According to Oscar, Cole told people that Alison "lost her mind" and left Montauk. But, Oscar has apparently turned over a new leaf and shows his sympathetic side when he tells Alison that the timing of her departure is no coincidence — Joanie had just turned four, the age of Gabriel (Cole and Alison's son) at the time of his death. Encouraged by the fact that someone wants to understand why she went through such a rough patch, Alison reveals that Joanie fell ill for over a week and she became increasingly panicked when her daughter didn't show any signs of recovery. Alison began to experience visions of implausible, horrible things that she feared would happen to Joanie, and they escalated as she stayed alone in the house with her daughter.

Eventually, Alison became convinced that the problem was her and she couldn't keep a child alive. She gave full custody to Cole and Luisa, although she indicates that she believed it would be a temporary arrangement while she sought help. Alison repeatedly asserts "I'm better now" and she apparently spent time at a place referred to only as "the institute" over the past six months. She's been known to embark on getaways with her mom during hard times, but it seems like this time Alison sought psychiatric treatment. Although the main reason for her struggles was undoubtedly tied to her unresolved guilt about Gabriel's death, Alison can't be completely honest with anyone in her life at this point — and it seems like her involvement in Scotty's death may have also played a role in her compromised mental state.

At the end of the episode, Cole brings Joanie to visit Alison, which indicates that he may be open to working towards a custody agreement. But, we still don't really know how Alison is doing — and coparenting with Cole can't be easy when she played a role in his brother's death. Although she purely acted in self-defense when she pushed Scotty into the road on The Affair's most eventful night, Alison is still guilty of fleeing the scene and obstructing justice during the hit-and-run investigation. At this point, only she and Noah know that she was at the crime scene — so, once again, Alison has a major secret and she has a painful, complicated path ahead of her this season.