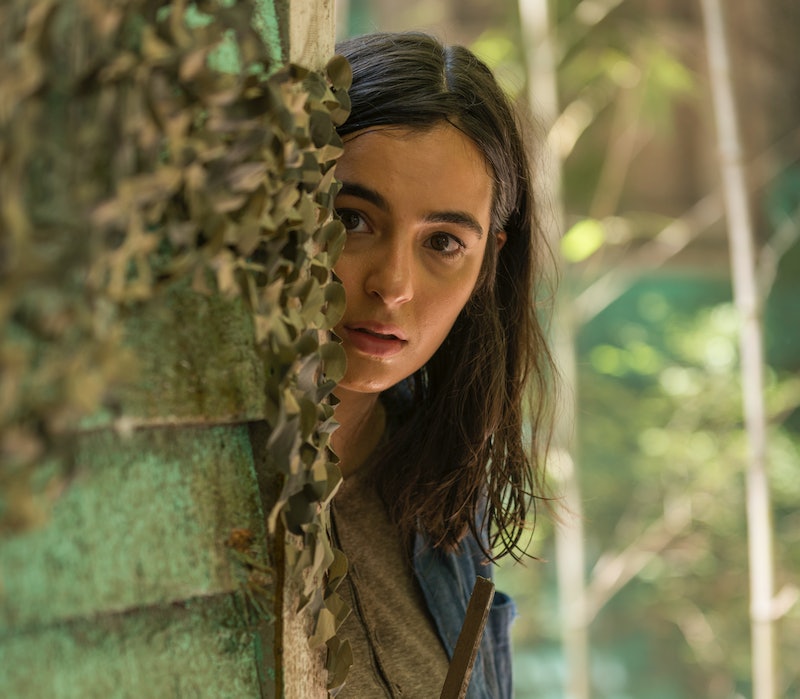 At first, it seemed like Tara had encountered a cool girl power community on the coast of Virginia, but the reality is a lot darker. What is Oceanside on The Walking Dead? The group has a history with the Saviors and does not take kindly to strangers.

Tara and Heath had been scavenging for weeks when they got separated. After an Oceanside outsider named Cindy saved her life and left her some water, Tara stumbled upon the group's encampment. It looked like something out of Lost, with leafy decor and a strict fish diet. They live in tents near the beach. The children carry weapons and are pretty gung ho about killing both walkers (which they call bobbers) and outsiders. They have cool names like Cathy, Beatrice, and Natanya. It's a pretty sophisticated community build on a vintage beach resort community.

Tara talks her way out of a swift execution at first, and ultimately learns that Negan and the Saviors executed all of the men in the community. They surviving women moved locations, and have been in hiding ever since. In the comics, Michonne joined Oceanside for a small amount of time. Tara ended up leaving to find Heath, but was betrayed by the Oceansiders a second time. She promised Cindy that she would never return or betray their location to Negan. The fact that they keep trying to kill her makes that super believable.

Will Tara break her promise and go back to Oceanside? Heath already warned her that her group was dangerous. And let's be honest, Alexandria was doing fine before Rick came along. I kind of hope that Tara does tell her friends about the community, if only to see this army of lady soldiers in action. Clearly, they have reason to join the fight. I'd also like to see more of Cindy. Could she be Tara's new love interest, provided that she's still alive? They already have a difference in ideologies that I think would be interesting to explore. "Nobody's evil," said Cindy, "they just decide to forget who they are." Tara, who originally followed The Governor, knows that that isn't necessarily the case.

Oceanside has the resources and the skills to really be an asset to the Alexandria Safe-Zone in the impending war against the Saviors. They are also excellent proof of Negan's reach and influence. While I understand why Tara would want to keep their secret, I don't think we've seen the last of Oceanside on The Walking Dead.