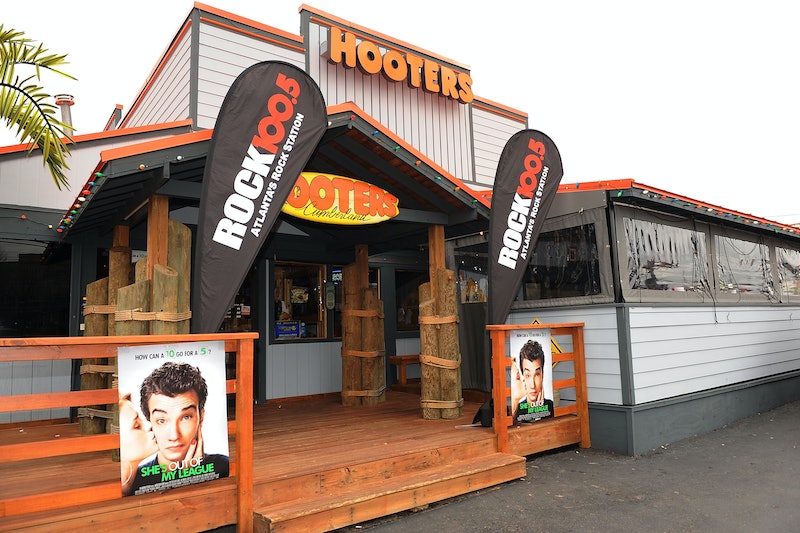 Tuesday is April Fools' Day, a yearly event dedicated to springtime pranking. It's the kind of public coming-together that everyone wants to get involved in — including, sometimes businesses. Unfortunately, well-meaning pranking can be a very dangerous game for a corporation. Don't believe us? Welcome to three corporate April Fools' Day pranks that went horribly wrong, courtesy of Taco Bell, Playboy, and Hooters. You have been warned.

In 2000, Playboy had just signed a licensing deal with the Media Pro Group, a publishing company in Romania, having them produce a native version of their magazine. That was a big mistake, as it turns out.

That's because on April 1, 2000, Playboy Romania vaulted over barriers of taste and tact, in service of... a joke, we guess? As it turns out, a step-by-step article detailing how best to beat one's wife without leaving any marks on her body isn't actually all that funny. It read, in part:

You have decided to beat her up, then do it. ... hit hard and steady, since you don't know when you will have a second chance. [Afterwards] you will notice that the wife sometimes wants to be beaten again.

It also featured a picture of a man, dressed as a policeman, beating a woman with a nightstick. This is precisely the worst sort of gross transgression against April Fool's fun, and human decency in general — the type that's funny only to assholes, and brutal towards abuse survivors.

2. A Waitress at Hooters Wins a Toyota! ...not really.

In 2001, Hooters suffered its own April Fool's SNAFU, one which would ultimately end in legal action. Jodee Berry, then a 27-year-old waitress at a Florida Hooters location, won a contest to see which server could sell the most beer. This was a major victory, as it secured her a wonderful prize — a new Toyota automobile.

So imagine her surprise when, after being blindfolded and taken into the parking lot for the big reveal, she was handed... a toy Yoda doll. So, they got her to work extra hard, all for a Star Wars toy. Pretty clever, huh?

Actually, not so clever — Berry quit her job following the "prank," if you can even call it that, and successfully sued her former employer for an undisclosed amount. She would be compensated enough, according to her attorney, if she could "pick out whatever type of Toyota she wants."

3. Taco Bell "Buys" The Liberty Bell, and Philadelphians Lose It

Back in 1996, corporate April Fool's pranks were a bigger deal, since that social media had not yet emerged as a quick and easy means of consumer interaction. So, to get a lot of eyeballs on the same joke, newspaper advertising was still a viable option.

In an effort to help the national debt, Taco Bell is pleased to announce that we have agreed to purchase the Liberty Bell, one of our country's most historic treasures. It will now be called the "Taco Liberty Bell" and will still be accessible to the American public for viewing. While some may find this controversial, we hope our move will prompt other corporations to take similar action to do their part to reduce the country's debt.

Outcry erupted across Philadelphia, with thousands phoning a bewildered National Park service to complain, including staffers for then-Democratic Senators Bill Bradley and James Exon. The furor wasn't eased until later that day, when Taco Bell fessed up, claiming theirs as "the best joke of the day."

If you say so.