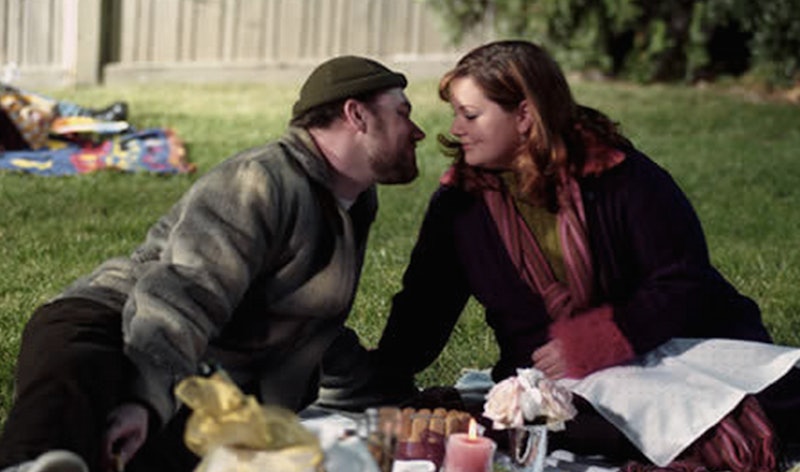 If you’re like me, you spent the weekend reacquainting yourself with the weird, whimsical, wonderfully lovable town of Stars Hollow. That’s right, Gilmore Girls: A Year In The Life finally arrived on Nov. 25, and it was just as magical as we all could have hoped. Whether you’ve yet to work through its six-hour run time or are simply still reeling from its glorious return, there may be a few details you need a little help sorting out, including if Sookie and Jackson are still together in the Gilmore Girls revival.

This was a key question during the reboot’s months-long lead-up. Melissa McCarthy’s star had risen quite substantially since she appeared as Lorelai’s quirky, clumsy partner-in-crime — and in business, since the two eventually co-opened the Dragonfly Inn. It seemed scheduling conflicts would prevent her from making even the smallest cameo, forcing fans to wonder if she’d be written out of the show, and what exactly that would entail for her character. Could she have taken her chef talents to the big leagues? Did she divorce Jackson, her farmer husband, and get the hell out of dodge?

Once McCarthy officially confirmed her return, speculation simmered, but just in case you’re still calming your nerves, here’s a little reassurance: Sookie and Jackson are still happily together. Cue the confetti... Or the cake frosting.

Though they appear separately in A Year In the Life, there’s frequent reference to the fact that they very clearly still live together. Sadly, Sookie left the Dragonfly for a sabbatical on the famed Blue Hill Farm, where she’s been researching innovative food-growing techniques. A six-month leave eventually turned into two years, and Lorelai is struggling to find a new chef for the inn when Gilmore Girls picks back up.

Sookie makes a brief return in “Fall” to bake Lorelai’s wedding cake (a dozen, because she couldn’t decide which one was perfect), but there’s no sign of a permanent comeback. We see Jackson a little earlier, in “Spring,” fittingly manning his vegetable stand at Stars Hollow’s annual food festival. He writes off Sookie’s absence lightly, saying, “something started sprouting from the steps to the backyard, and she wanted to see if it was edible.”

It would’ve been nice to see Sookie and Jackson side by side after nearly a decade, but I’m glad McCarthy was able to squeeze in even a minor pop-up. Stars Hollow certainly isn’t the same without that kooky couple, but at least they’re strong as ever and living out their dreams.