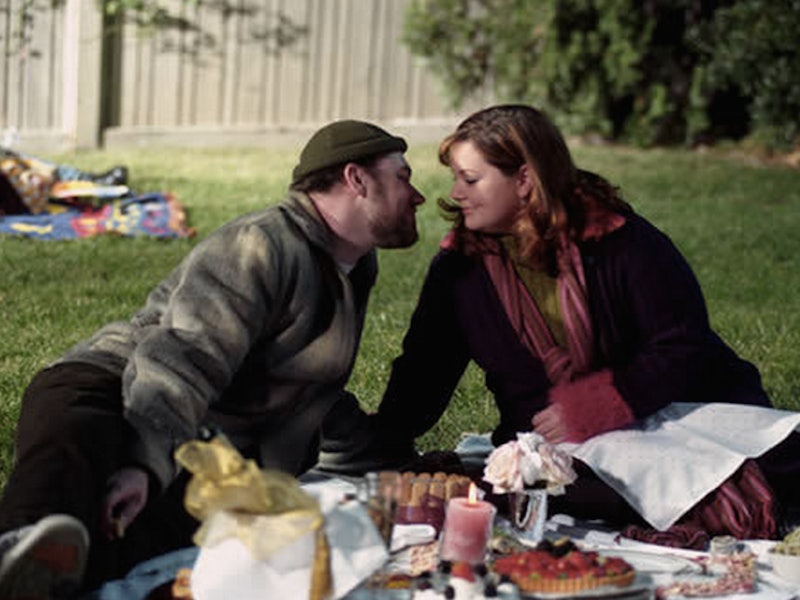 I’m going to need you all to brace yourselves for a minute, because if you’ve come here looking for answers as to what happens to Sookie and Jackson in the Gilmore Girls revival, their fate might not be all sunshine and roses. One theory as to why Melissa McCarthy won't be in the revival is not a happy one: Sookie and Jackson may be divorced.

I told you it wasn’t going to be pretty. But, OK, hear me out: Remember how Season 7 of Gilmore Girls ended? Sookie was pregnant with her third child after Jackson lied about having gotten a vasectomy after their second child was born. And as cute and adorable as the show may have played that untruth off to be, the fact that Jackson lied to his wife for a number of years may have taken a nasty little toll during his marriage to Sookie. But could it be enough to turn this couple to divorce?

Possibly. It would explain why Sookie won't be shown in Stars Hollow anymore. Divorces are messy, especially when they stem from a betrayal or one person lying for an extended period of time. So is there a chance that this will be the route that Sherman-Palladino takes in order to explain Sookie’s absence? Sure. Anything’s possible. Plus, some fans on Twitter offering up support for their demise, saying that if they were in Sookie's shows, they would divorce Jackson for such a blatant betrayal.

But I’m not entirely convinced that this is how the revival will explain Sookie’s absence. Especially since, even if Jackson and Sookie did divorce, she would most likely stick around in Stars Hollow. The house that they lived in together as husband and wife was her house to begin with, after all. Plus, as co-owner of The Dragonfly Inn, she’s small business owner and pretty unlikely to up and leave her business because of personal reasons. Chances are, if the two really are divorced in the revival, that Jackson would be the one to hightail it out of town, not Sookie.

Plus, Jackson Douglas, the actor who plays Jackson Belleville, has yet to be confirmed be returning to the revival. So if both he and Melissa McCarthy are absent from the script, chances are Sherman-Palladino has some other, less dramatic storyline up her sleeve to explain their absence. Like a move to greener pastures, maybe, or finding work elsewhere.

So while the option of Jackson and Sookie being divorced isn’t entirely off the table for the Gilmore Girls revival, I have my money on other theories that may better explain McCarthy’s absence (and avoid riling up the Sookie fans).