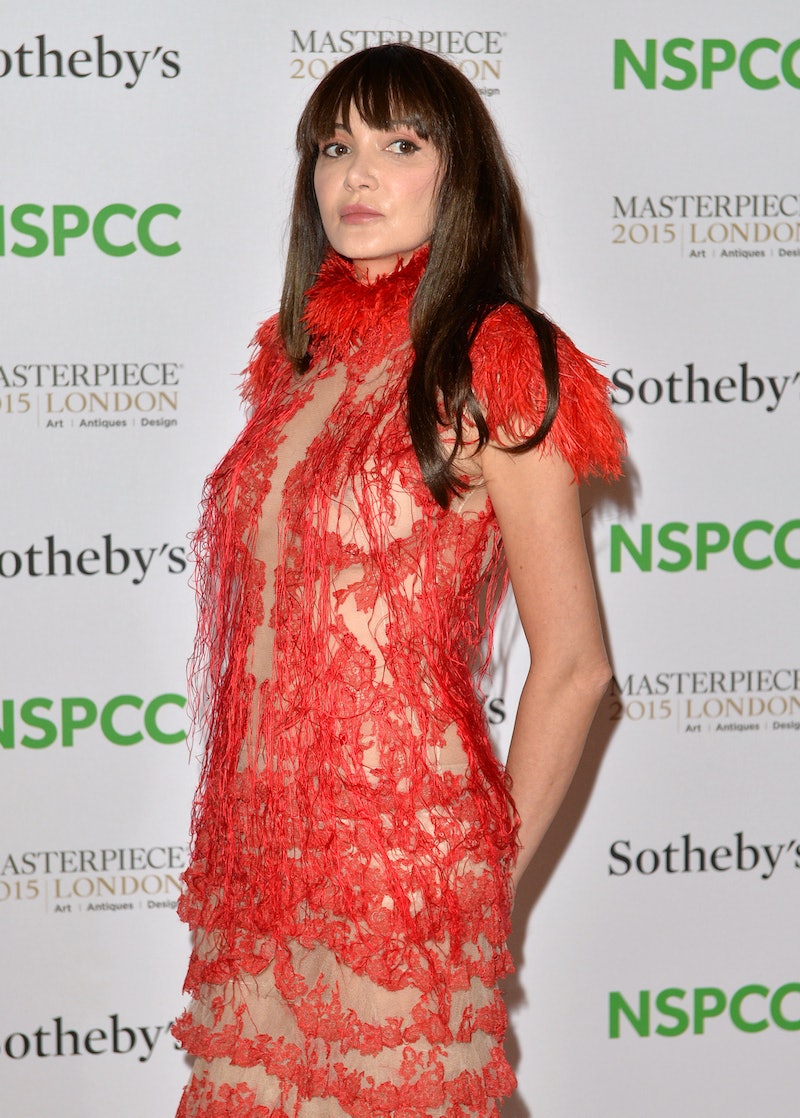 While the Revolutionary War is probably the best-known example of the dissonance between Americans and Brits, I think Ladies Of London is hot on its heels (and about 200 years more modern). The show features a bevy of English and American socialites living in London, and let’s just say that they don’t all get along (why would you want them to on a reality show?). One that constantly (in my eyes) switched sides was Annabelle Neilson. The former model was friends with the Brits until she wasn’t, and then she grew much closer to the Americans. Now, she’s off the show, so why did Annabelle Neilson leave Ladies Of London before Season 3?

I would say that Annabelle swam along with the group in Season 1 of Ladies Of London, but in Season 2, she was the victim of an awful horse riding accident in which she broke her pelvis, and she just didn’t have time for the shenanigans anymore. Turns out that trying to fix a broken back is more important than listening to the other cast members on the show drivel on about what decorum is and where one can or can not wear a hat. (I can’t say I disagree with Annabelle there).

There comes a time when it’s time to let go, and, according to Reality Tea, Annabelle announced her departure from Ladies Of London via Instagram in a post that has since been deleted. The website reported that the post was a photo of Annebelle and model Kate Moss with the caption, "Good buy to Ladies of London. These are the ladies I love and are my real friends!! I’m blessed and greatful to say fair well!! I wouldn’t say it’s been a ride, possibly a disappointment, but we all make mistakes. See you on the other side."

Annabelle’s biggest feud was with queen bee Caroline Stanbury — the two started off the show as pals, but bad blood started when Caroline thought Annabelle was trying to poison the rest of the group against her. It did not end well, to say the least — Annabelle told Bravo, "I actually regret ever even having that woman anywhere near me, and the way she treated others and her employees really says it all."

So what’s Annabelle doing now? While on the show, she debuted her children’s book series, The Me Me Me’s , which is sort of like that Pixar movie Inside Out, but with less cute characters. The books are all about how children can get in tune with their emotions, and there are more books coming. Annabelle told Bravo that she’s “writing more Me Me Mes and working on two film projects, exhibition, and my book,” as well as modeling some more.

Now that Annabelle is modeling more and has her book series, I think it’s safe to assume that she probably won't return to Ladies Of London. “The show has served its purpose,” she told the Daily Mail about why she didn't plan to return back in December 2015. “It has enabled me to get The Me Me Me’s off the ground and make a name for myself in America. I didn’t go into it to make friends.”

While I love that she said she wasn’t there to make friends (it’s the oldest reality television show catchphrase in the book!), I also like that Annabelle treated Ladies Of London not as a real job but as a means to and end. She needed the visibility for her new projects, and now that she has it, she doesn’t need the show. If only every Housewife and Lady of London were that honest. Annabelle may no longer be a cast member on Ladies Of London, but she has plenty to keep her busy.

More like this
Everything To Know About The HBO Max & Discovery+ Streaming Service Merger
By Brad Witter
What’s New On Netflix: 'Bridget Jones’s Diary' & 'Monster-in-Law'
By Arya Roshanian
What’s New On Netflix: Neil Patrick Harris’ Queer Rom-Com Series & More
By Arya Roshanian
Kim Kardashian & Pete Davidson Reportedly Broke Up After Dating For 10 Months
By Grace Wehniainen
Get Even More From Bustle — Sign Up For The Newsletter