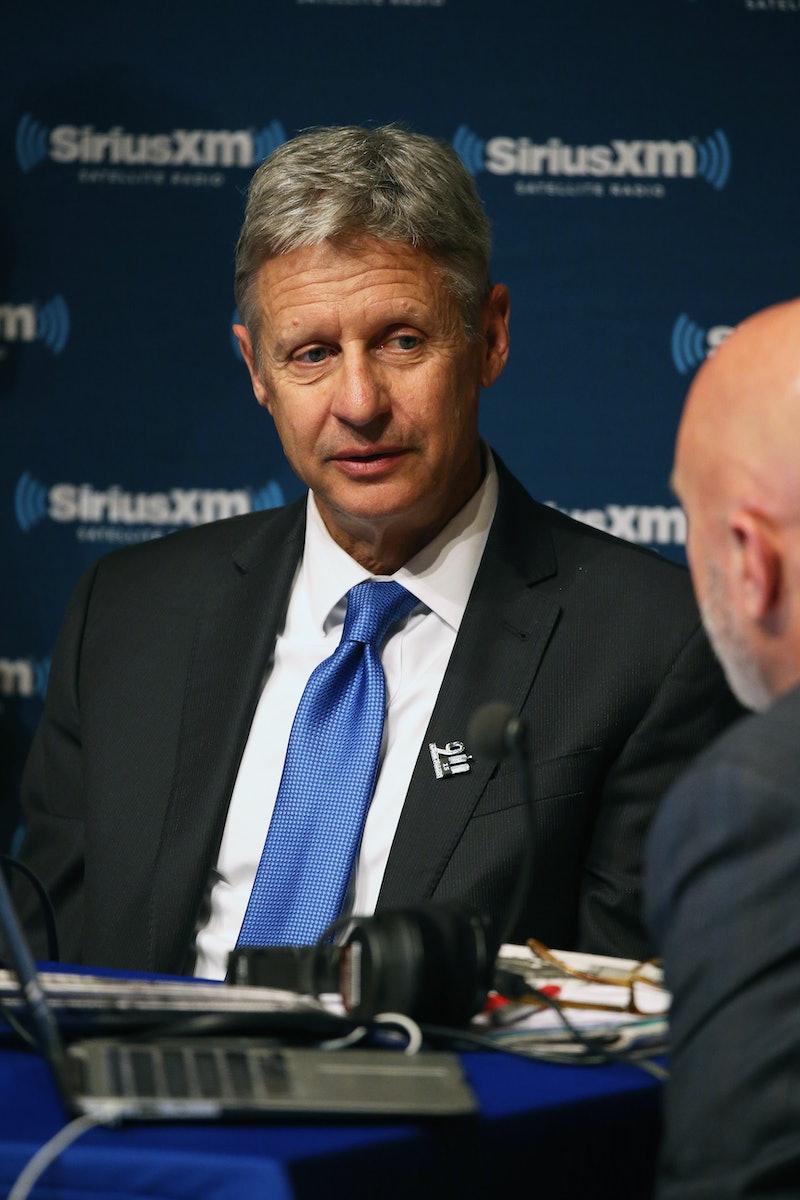 Now that Green Party presidential candidate Jill Stein has spearheaded a campaign to recount votes in three narrowly won states, will Libertarian candidate Gary Johnson jump on the bandwagon? Can we expect Johnson to file for a vote recount as well? Johnson has steered clear of the limelight for the last few weeks, and has given no indication that he will change course and involve himself in the recount fight.

Stein announced last week that she would pursue recounts in Wisconsin, Michigan, and Pennsylvania. The Wisconsin Election Commission approved the recount last Friday, and it remains to be seen if she will be successful in Pennsylvania and Michigan as well. In less than a week, Stein raised almost $6.5 million to fund the recounts, a move she hoped would "ensure the integrity of our elections," as she said on her website. Speaking to CNN, Stein defended her recount campaign, saying, “When evidence emerged the system was being hacked all over the place, my conviction only strengthened that this was something we have to do.”

In contrast, we've heard very little from Johnson since the election. In all, Johnson won slightly more than four million votes, or 3.2 percent of the popular vote, and received zero Electoral College votes. Had he reached five percent of the national vote, his party, the Libertarian Party, would have qualified for federal funding in the next election. However, Johnson fell short — and not only that, but some credited Johnson and fellow third-party candidate Stein for handing the election to Donald Trump. As Eli Watkins wrote for CNN, "If Johnson and Stein weren't in the race, it's also possible many of their supporters may have stayed home. But if about half of Johnson's supporters would have voted for Clinton over Trump, and if most of Stein's supporters broke for the Democrats, the electoral map would have been decidedly different."

Johnson's campaign was characterized by a few unfortunate gaffes, like when in an interview on MSNBC's Morning Joe he asked, "What is Aleppo?" referring to the besieged Syrian city. Then, in a town hall forum in September, Johnson was asked to name a foreign leader he admired, and he could not name even one. Some on Twitter referenced those gaffes to imagine what his response would be to the current recount push.

Trump is not happy about the prospect of any vote recounts, posting a flurry of tweets on Sunday that captured his dissatisfaction. He said he would have won the popular vote if not for the "millions of people who vote illegally," a claim which is entirely baseless. Clinton's camp has said that while it did not want or pursue the recount, it will participate in the Wisconsin one, now that it is underway.

I bet we haven't seen the last of Gary Johnson, but it is not likely he will throw his hat in the ring for this recount battle.

More like this
Christina Aguilera Took A Powerful Stand At Brighton Pride
By Sam Ramsden
Are John Legend & Kanye West Still Friends? The Singer’s Latest Update Is Candid
By Brad Witter
'Scream’s Courteney Cox Has Broken A Major Horror Record
By Sophie McEvoy
Taylor Swift Calls Dwayne Johnson "The Man" After Revealing New "Taylor's Version" Song
By Jake Viswanath
Get Even More From Bustle — Sign Up For The Newsletter