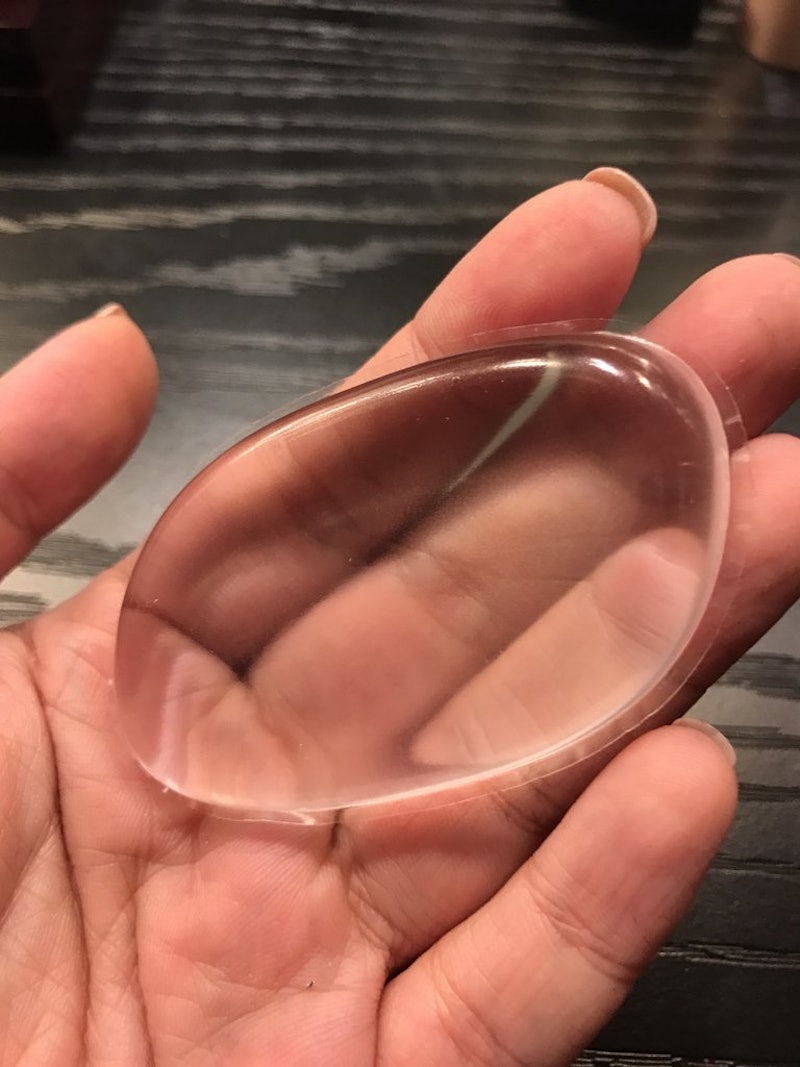 The MakeupAddiction subreddit may have just found your next, well, makeup addiction in the form of a weird-looking silicone makeup applicator called the SiliSponge. It looks a bit like a stray eyeglass lens, or a breast-enchancing chicken cutlet. And it has everyone losing their proverbial minds.

In fact, the applicator — which can be purchased from Molly Cosmetics for $14.90 — is already sold out. The site is accepting pre-orders, however, so you can still get your paws on one after December 16.

And I'd say it's totally worth the wait. According to the product description on MollyCosmetics.com, the SiliSponge only requires half the amount of makeup you'd normally use. This is all thanks to sponge's extra slippery exterior. Because it isn't porous, it can't absorb (and waste) makeup in the same way as traditional sponges and brushes.

There's some debate as to what this slippery material is, exactly. It's probably silicone, but Molly Cosmetics doesn't specify and it's currently being debated. Reddit user briannasaurusrex29 says it's too see-through to be true silicone, so I suppose it remains to be seen.

Whatever it is, the clear plastic appears to make blending a breeze. Some Twitter users are even calling the SiliSponge the next BeautyBlender. There are a few video tutorials posted on Molly Cosmetics, and I gotta say — it does look pretty ideal.

As someone who hates makeup-y fingers and messy sponges, the fact it appears to be easy to clean is another huge bonus. It's really no wonder people are excited.

Others think it looks a bit strange.

But it seems the general consensus is this space age-y chunk of plastic may be the next big thing in makeup application.

I don't know about you, but I'm totally going to give it a try.