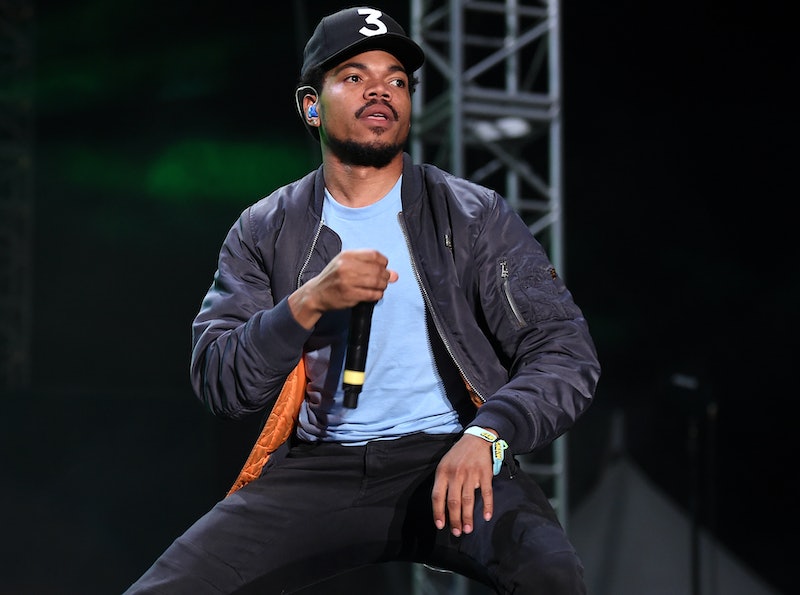 Chance the Rapper has quickly ascended the hierarchy of hip hop, and music in general, to become a wildly successful indie artist whose art and talent speaks for itself. The Chicago born and bred rapper has found fans in members of the Hollywood elite like Kanye West and Beyoncé, and even in President Barack Obama, and his creativity knows no bounds, as he's an accomplished rapper, writer, and soon-to-be actor. Since he is now a more well-known artist whose career is only in its beginning stages, fans might be searching for Chance the Rapper's Snapchat name to follow him more closely on his exciting journey.

Chance the Rapper has a fairly straightforward Snapchat name: mynamechance. Being that Chance is a pretty unique name, I think it's a pretty smart decision to have his name included in all aspects of his social media. Also, when you add "mynamechance" on Snapchat, he is listed as Chance The Snapper. The man is creative with his words, as we all already know. As noted by Complex UK, Chance's Snapchat account is noted for his keeping "his ear to the ground" and often highlighting new music, as well as showing off his projects as he works on them.

Chance's Snapchat shows that he is truly one of the funniest, most hard working and humble young artists in the business today. He very often supports fellow artists and as shown in a YouTube compilation of some of his Snapchat videos, he has great respect for his fans and a deep love of music. And, yes, Chance the Rapper also really loves the Snapchat dog filter.

Along with his Snapchat, Chance also frequently updates his Instagram stories under his Instagram name, chancetherapper. He is an artist who loves to engage with his fans through his social media, and it looks like he will be keen on using it much more in the future.

Earlier this year, Chance shared sneak peeks of new music on his Snapchat, and it is a great way to keep his fans in the know, which seems to be his biggest priority as an artist trying to make a difference.