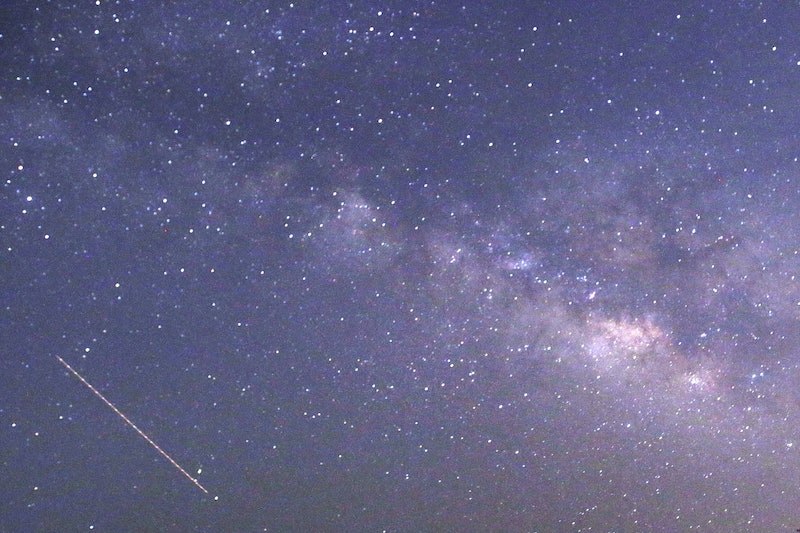 'Tis the season — not for holiday greetings and good cheer, but for doomsday theories. Unless you're a conspiracy theorist yourself, you may have no idea what Nibiru is, but according to some, it might just be the cause of the Earth's demise this December. Fortunately, the theory has been thoroughly debunked on several occasions, so you can return to your regularly scheduled admiration of the Starbucks holiday cups (all 13 of them) without worrying about impending doom — but if you're interested in learning more for funsies, read on, because it sure does make a great story.

Nibiru is supposedly a giant, rogue planet barreling through the outskirts of the solar system. Depending on who you ask, there are two apocalyptic theories: According to Indy 100, one version is that Nibiru, also known as Planet X, has a wide orbit that passes somewhere between Neptune and Mars every hundred thousand years or so, causing a mass extinction here on Earth each time; meanwhile, the other posits that, rather than doing a disastrous planetary fly-by, Nibiru is set to collide directly with Earth. Because of course it is.

The idea of Nibiru itself first surfaced in 1995 on a website created by a woman named Nancy Lieder, who claims to communicate with aliens. That website, Zeta Talk, features dozens of photos supposedly depicting Planet X and writes that Lieder was given a heads up about the impending disaster through a "Zeta Vision."

According to Indy 100, the Nibiru cataclysm has been predicted for 2003, 2007, 2012, and 2015. In 2012, rumors of the apocalypse became so widespread that the Solar System Exploration Research Institute, a division of NASA, released an article debunking the prediction. "The biggest missing link in the doomsday prophecy is Nibiru itself," the article points out. That's right: Nibiru itself doesn't actually exist.

In a separate post explaining why the world didn't end that year, NASA touched on the possibility of Nibiru again. "If Nibiru or Planet X were real and headed for an encounter with the Earth in 2012, astronomers would have been tracking it for at least the past decade, and it would be visible by now to the naked eye. Obviously, it does not exist," the article reads. Basically, although there's evidence of a ninth planet lurking somewhere in the outskirts of the solar system, it would be impossible to miss something that large on a collision course with Earth.

That brings us to 2016, when several news outlets have reported that believers are preparing for a Nibiru fly-by next year. Or maybe as early as this December. Either way: Doom!

Honestly, after all the stuff that went down in 2016, it's easy to see why people would assume the apocalypse is next. But the Nibiru catastrophe is clearly a hoax, and I bet NASA would appreciate it if people stopped making them write new press releases about it. They have other things to worry about, like telling us when to expect the next supermoon.