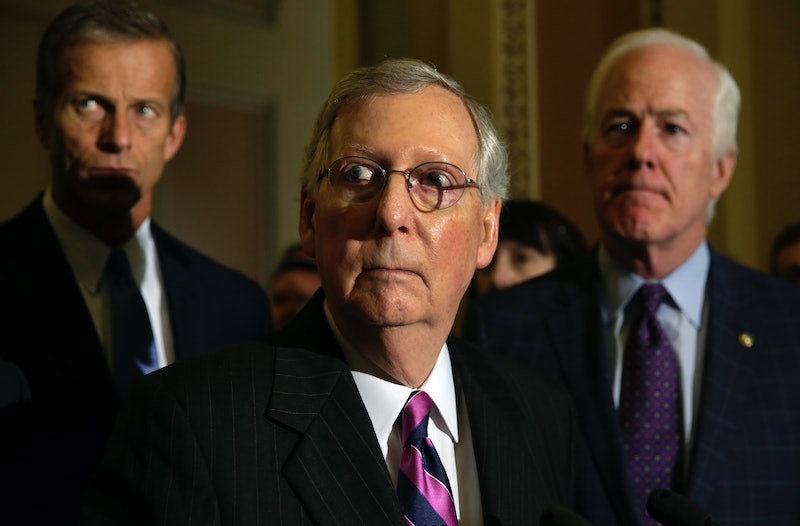 With Republicans starting 2017 with control of both the executive and legislative branches of government, one would think that many aspects of our health care system would be on the road to privatization. However, the latest talk from Republicans indicates Medicare privatization may not be a GOP goal — despite prior evidence to the contrary.

Shortly after Donald Trump won the presidency, bringing along with him continued Republican control of Congress, Speaker of the House Paul Ryan said there were "serious problems" with Medicare, that would have to be looked at as part of the new administration's plans to reform the Affordable Care Act.

A few months ago, Ryan had led Republican House members in publishing the "Better Way" agenda, which outlined a series of Republican policy proposals if they were to gain control. One of those proposals involved privatizing Medicare, requiring seniors to buy health insurance on a market with government subsidies rather than receiving health insurance from the government. So, Ryan saying he'd reform Medicare set off some alarm bells.

Trump repeated often during the campaign that, unlike other Republicans, he'd leave entitlements like Social Security and Medicare untouched. But between Ryan's words and Trump's appointment of Medicare opponent Tom Price to the Department Health and Human Services, it looks like Medicare, a program giving free health care to America's senior citizens since 1966, might be on the chopping block.

One of Trump's most avid supporters, Ann Coulter, even seemed a little put off by this:

However, John Cornyn, the second highest-ranking Senate Republican, started tamping down such Medicare talk, perhaps worried about the potential backlash from jeopardizing a popular policy affecting many of the very voters that brought Trump to the White House.

Chances are that, regardless of what Price and Ryan have said, Medicare privatization isn't really on the table anyway. Granted, party agendas usually shrink a bit between campaigning and governing, but, perhaps, Republicans are seeing the political traps in health care policy — people don't like it when the government takes away something they rely on.

Some Republicans are already trying to limit their rhetoric and policy in order to not look like they're taking away their constituents' health care. Sen. Shelley Moore Capito, a Republican from West Virginia, told reporter:

I'm from a state that has an expanded Medicaid population that I am very concerned about. I don't want to throw them off into the cold, and I don't think that's a strategy that I want to see. It's too many people. That's over 200,000 people in my state.

That's not the kind of rhetoric heard from Republican senators during the past eight years of decrying Obamacare. But they now have a president who, while he railed against Obamacare premiums, said during the campaign he wanted to replace it with "something terrific" that would still cover people. They will have to navigate the thin line between amending Obamacare and cutting people's health insurance, and that will not be easy.