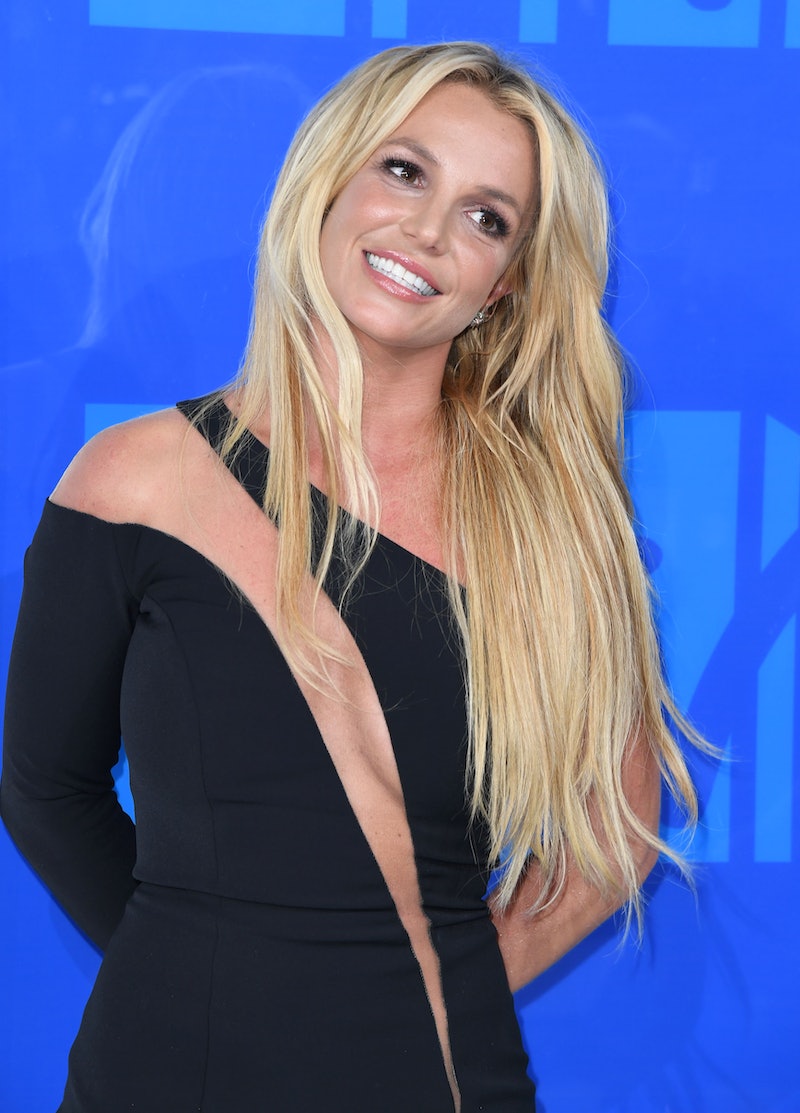 Oh, baby, baby, the moment I have been waiting for since August is finally here. Just a few months after the network announced it would be producing a movie based on my favorite pop star's life, Lifetime has released a batch of photos of the Britney Spears biopic. In the new images from the made-for-TV flick, actress Natasha Bassett channels Chaotic Britney, Gold Outfit Britney, and Pinky & Stinky Britney. I repeat: we have pics of the Lifetime-ified versions of Spears, Kevin Federline, and Justin Timberlake serving up major late '90s/early '00s vibes. Please do not mind me as I hop on the motorcycle from the “Toxic” music video and zip on down Nostalgia Boulevard.

Lifetime's unauthorized Britney Spears movie, which is slated to premiere sometime in 2017, will depict the "...Baby, One More Time" singer's ascent to the top of the charts, her heavily publicized personal struggles, and her triumphant return to the pop throne. Until it airs, these stills will have to tide us over.

I live for a Lifetime biopic, I live for Godney Jean Spears, I live for turn-of-the-millennium pop, and I live for these photographs. First of all, the pic of Lifetime's homage to Spears and K. Fed's wedding garter moment is giving me so much chaotic goodness (and now I want to go fire up Chaotic). This may very well be my favorite of the bunch:

Uh oh, I'm already obsessed with the reenactment of their nuptials. Can’t wait to see it in its entirety. Will the Lifetime movie include those legendary pimp sweatsuits? I can only hope.

You better believe I am raring to experience the Lifetime version of Spears and Justin Timberlake’s relationship.

The only Timberlake/Spears thing I want to see more than the denim outfits? A reenactment of Spears and *NSYNC’s VMAs performance. That would most certainly knock me right off of my sofa.

Truth time: I don’t recognize this gorgeous gold ensemble and now I feel like a failure of a Spears fan.

Everytime I see these pics in my dreams, I see that iconic wedding dress, it’s haunting me. I’m so excited for this movie, I’m in too deep. Oops!… Lifetime has done it again.