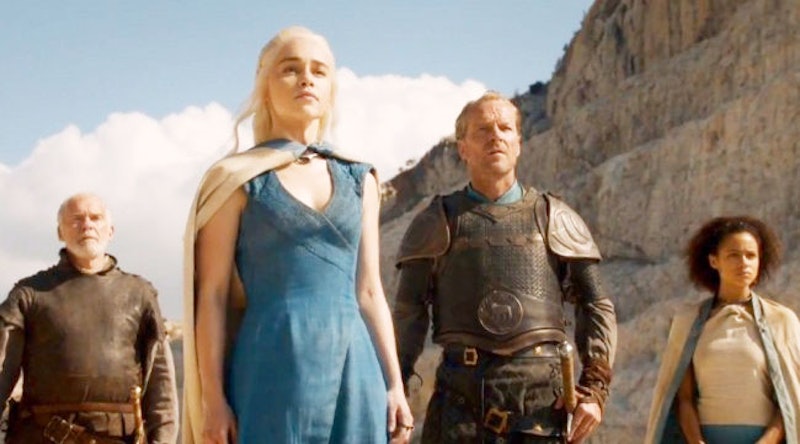 Now THAT's what I call epic. In the ultimate gem of the day, here is the Honest Trailer for Game of Thrones . It epitomizes what the show actually is — you know, a bloodbath with a lot of nudity and Justin Bieber! I mean, Joffrey Bieber. I mean, Joffrey. Anyway.

It's five minutes, but it's well worth watching the entire thing (c'mon, you watch the 56 minute versions of the actual show, so I think you can handle this), particularly when the trailer gets into how anyone related to Sean Bean (Ned Stark, RIP!) on the show dies. (THINK ABOUT IT.)

Oh, yeah — there are spoilers in the trailer for Season 1 through Season 3, but with Season 4 arriving in LESS THAN A WEEK, these aren't spoilers anymore, people! It's not a spoiler if it happened a year ago! SPOILER ALERT: ROBB STARK HAS BEEN DEAD SINCE LAST JUNE... or whatever the equivalent in Medieval times is.

(Side note: someone said to me recently that "it's not a spoiler. It's called reading the books.")

Anyway, there's a spoiler-free version if you like Game of Thrones humor but for some reason haven't finished watching the first three seasons. I recommend you do not leave your apartment for the next few days and binge watch.