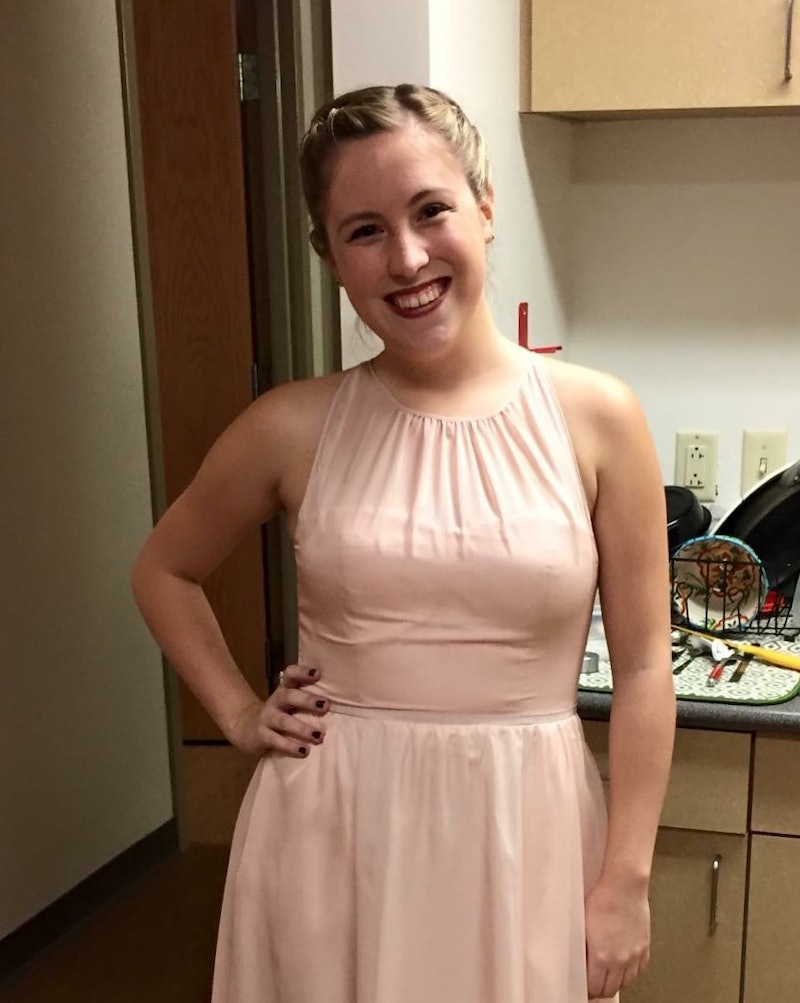 At ten years old, I had a midlife crisis. I found an article in my parents’ bathroom that listed the symptoms and life expectancies of a person with Cystic Fibrosis (CF), a disease I knew I'd had since birth. I had thought that it just meant I needed to take enzymes to digest my food and participate in physical therapy to help my lungs breathe a little better. At that moment, reading that article, it became obvious that my life was a whole lot more complicated than that. It was there that I learned about malnutrition, my unusually salty skin, and my life expectancy of 25 years.

The CF experience — symptoms, severity, etc — varies for each patient. Even my brother, who also has CF, has often had different struggles than I did. I was so lucky to grow up more or less healthy in the face of CF; the most common struggle I had to deal with was surgeries to get rid of sinus polyps. As I get older, my struggles increased, the recovery time from surgery got longer, the complications happened more often, and the pain was worse. In the grand scheme of things, however, I was lucky.

Between my junior and senior year of college, I went to France for a six week study abroad trip. The air there was hot and humid, hovering around 100 degrees every day, and filled with cigarette smoke. Days before I was scheduled to come home, I emailed my doctor from Paris and stated simply: “I feel awful. I am coming home Tuesday, please be ready to admit me Wednesday. But I have things to do over the weekend so I need to be home by Friday.” The day after I returned home, I went into the hospital. My doctor took one look at me and listened to my lungs, which she described (accurately) as “angry”. I was admitted and they inserted a PICC line, an IV that can stay in long term.

None of us were willing to speak the words out loud, but my parents and I all believed that this could have been the beginning of the end. If I had stayed in France another week, would I have made it home? Very simply, I could have died. But burned into my memory was learning that the life expectancy of a person with CF was around 20 years old. I was 21 and going into my senior year of college. So yeah, I went to France. And even though I was sick, it was something I believe I had to experience and learn from. And while I don’t intend to do it again, I won’t stop living and fighting.

When I was admitted into the hospital, I was so sick that I think everybody was expecting I would have to stay and be monitored for at least a week. I was admitted on a Wednesday and I told my doctor, "Hey, I have tickets to Taylor Swift on Saturday so whether you like it or not, I’m walking out of here by Saturday morning." They sent me home with my IV on Friday afternoon. Even though I was in a wheelchair and was exhausted, I can say that I went to the 1989 tour. And nobody can take that away from me.

One of the best ways for me to cope is with humor. To me, it doesn't make sense to dwell on the stressful and sometimes scary moments. I am not the type of person to sit at home, afraid of what might happen. I am the type of person who, in the middle of an experience, thinks, "This is going to be a great story."

It's in the way I tell my real-life horror stories, the way I dance to the Hamilton and Chicago soundtracks for my family as if I were on stage in an SNL/Broadway hybrid, and the way I prefer comedies to dramas as a sort of inspiration and escape from the drama of real life. It's in the way I tell people about losing my filter while they dope me up before surgery, or how I've developed an inner monologue of swear words for anybody who offers me a dixie cup of water for a chronic cough.

I don't want to walk this earth feeling cynical about the cards I was dealt. Though that would be easy and some days, I revert to that mindset. A lot of my days are exhausting and sometimes, they're scary or just downright bad. But everybody has bad days — and if I tell my absurd life stories with touch humor and I make someone else laugh, then that is one less person having a bad day.

During my hospital stays, I am not allowed to leave my room due to precaution protocol. So I sit in the bed or pace around a tiny room all day. There was one day when my mom and I were particularly bored, so my mom made up a game. She thought it would be funny to “test my lung function” and as I laid in bed, she put a tissue over my face and told me to blow it into the air. I did it twice, laughing, but on the third try, I attempted to take a breath in, and I sucked the tissue into my face. So began the uncontrollable laughter. And being that sick, I could not laugh without coughing. My mom kept laughing, I kept coughing. I coughed so hard I threw up. A lot.

A year later, my mom and I start laughing whenever I say “Hey Mom, remember that time you tried to test my lungs and I threw up?” or “Remember when we realized France was a terrible idea? You know, when you dropped me off at my host family’s house and I stood in the driveway next to my French Papa who was smoking a cigarette, waving goodbye as you drove away to catch your flight back to the states? Remember how horrifying that was?” And we laugh.

Every horrible story I tell ends in laughter. I have gotten sick in so many public places because of my CF that I now call it “marking my territory”. I’m looking at you, hotel lobby in Paris and Starbucks in Waban, Massachusetts. As the barista was patting my back and handing me a cup of water while my head was in the trash and the costumers were fleeing the scene, I was trying to think about how I could tell this story later that day in the funniest way possible.

Despite literally facing death, life must go on. With a life-long life threatening disease, I can’t and won’t sit at home waiting for something to happen — good or bad. I will live this life, I will fight to survive, and I will grab at every opportunity that comes my way.

More like this
How To See The Lunar Eclipse On May 15-16, 2022
By Kaitlyn Wylde
How To Fight For Reproductive Rights, Based On How Much Time You Have
By Courtney Young
5 Crystals To Manifest Better Sleep
By Megan McCarty
The Music Industry Continues To Fail Black Women
By Precious Adesina
Get Even More From Bustle — Sign Up For The Newsletter