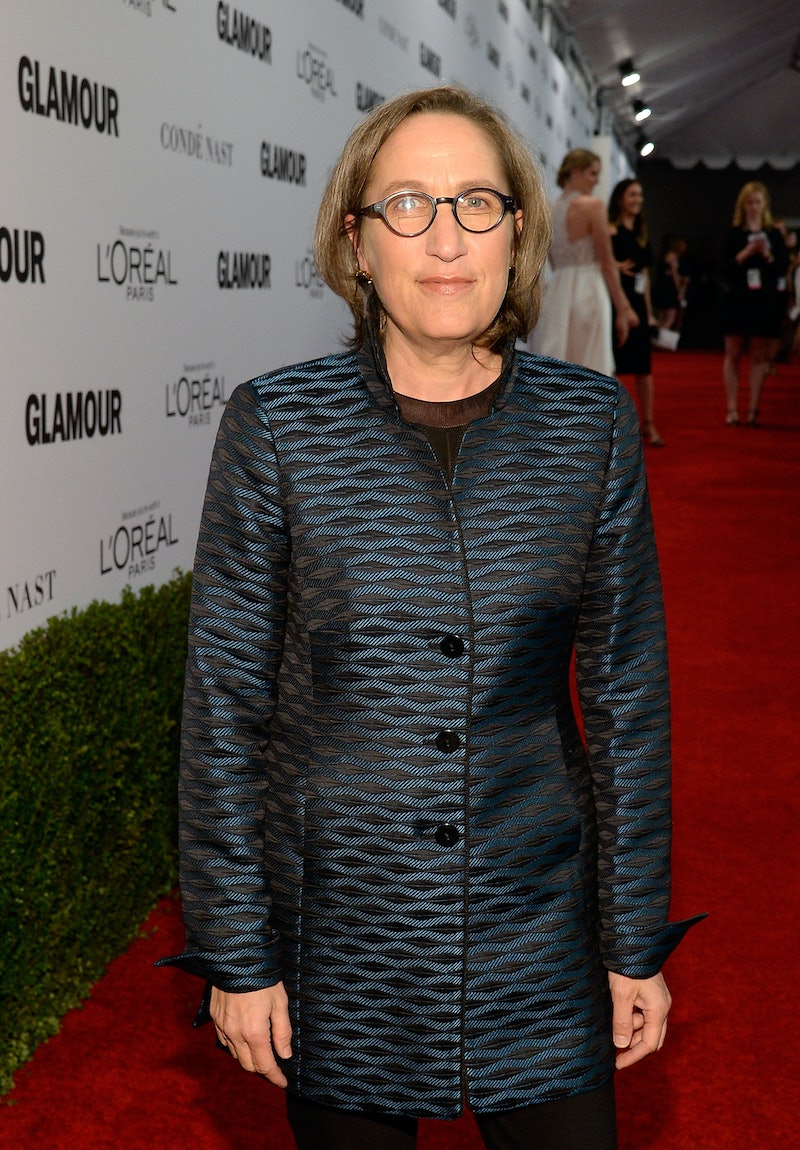 Nearly three months have passed since Brock Turner was released from a Santa Clara County jail after serving just half of his six-month sentence. Turner was convicted of multiple counts of felony sexual assault after attacking unconscious "Emily Doe" on the Stanford University campus. Since Turner's release, the United States elected Donald Trump, despite the many women who accused him of sexual misconduct near the end of his campaign. Trump has denied all allegations of sexual assault or inappropriate touching. Bustle spoke with Doe's representative, Michele Dauber, about "locker room talk," and the fight ahead for sexual assault advocacy.

In June, a letter that Doe wrote and read to her abuser in court took the internet by storm. It changed the way many survivors of sexual violence and those who have never experienced it could relate to the traumatic experience. "You have helped changed the culture," Joe Biden wrote in an open letter to Doe. Doe's letter called out her abuser: "Assault is not an accident. Somehow, you still don’t get it. Somehow, you still sound confused," she wrote.

Dauber explains that Doe's letter and the fact that she shared her story had an incredible impact. "She was able to give hope and solidarity to so many other survivors of sexual assault who saw themselves in that story," Dauber says to Bustle. "She also created empathy for other people who haven't been assaulted but had never really realized what that would be like."

Dauber has some harsh — but important words — about rape culture in the United States and what it means that it was legitimized by the results of our 2016 election. "We really need to hold people accountable," she says, adding, "It shouldn't matter if it's the president-elect of the United States — the living embodiment of rape culture, by the way — or the president of Stanford, or Judge [Aaron] Persky."

Persky is the judge who gave Turner his lenient sentence. Persky claimed that anything longer could have a "severe impact" on Turner's life.

There are connections to be made between the sometimes violent patriarchal culture of fraternities and athletics on college campuses and so-called "locker room talk," Dauber notes. On Oct. 8, the Washington Post released a recorded tape that revealed the president-elect bragging about groping and kissing women without consent. In the tape, he is heard saying how he can get away with it and is entitled to it because of his fame. After the fact, Trump apologized and went on to defend his recorded conversation as so-called "locker room talk," calling his accusers liars and even suggesting that some were not attractive enough for any alleged unwanted advances.

"Certainly Donald Trump's behavior really is not moving us in the right direction," Dauber says, adding that "his election sent the message that rape culture is A-OK."

"Rape is happening everywhere," Dauber says, "and it's particularly terrible in the case of collegiate athletes, that's for sure." One 1995 study of Division I sports programs on college campuses found that while male student athletes made up a small proportion of the overall population (just 3.3 percent), they accounted for nearly 20 percent of sexual assailants. So when Trump then defends his talking about non-consensual sexual contact as "locker room talk," there is a very clear connection between that train of thought and the serious problem of hyper-masculine, male-dominated spaces like a locker room or a fraternity.

"We really need to take a hard look at how to make fraternities safe for women," Dauber says. "And if they can't be made safe, then we need to look at whether they have ongoing utility as an institution in the 21st century."

While Trump's victory may not be able to help fix the sexual assault epidemic facing this country, Dauber says the president-elect should be ready for a fight every step of the way. She is organizing a Title IX conference at Stanford in the spring for advocates to "coordinate a strategy about [protecting] Title IX during the Trump era."

Dauber makes clear that the power is still with the people. She explains to Bustle, "[Trump] can be president of anything he wants, but at the end of the day when you go to court, it's happening in your county. We can still be powerful."

Correction: An earlier version of this article misidentified Dauber as Doe's lawyer. Dauber, a law professor, is a representative of Doe. Bustle regrets this error.