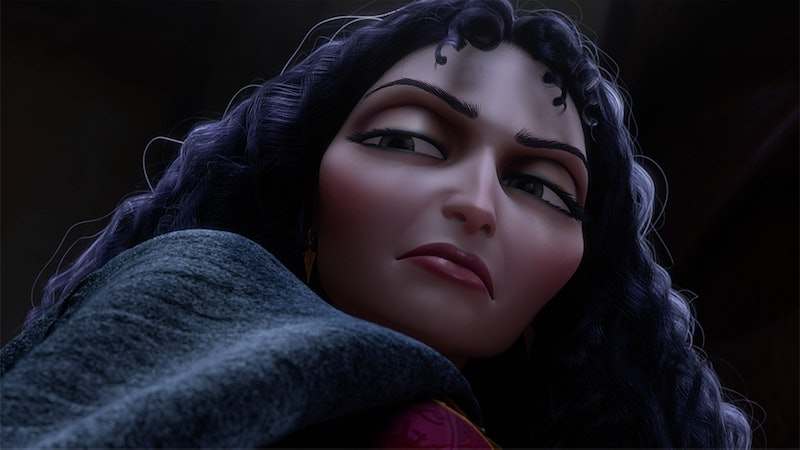 The origin of the idea of narcissism is familiar: the Greek boy Narcissus who fell in love with his own reflection and died staring at it. Narcissism, however, turns out to be more complicated than simple vanity. And even as a certain kind of narcissism has become more publicised in entertainment (you cannot tell me that Mother Gothel in Tangled isn't a classic, terrifying grandiose narcissist), the other, more subtle subtype is being neglected, with dangerous consequences. The difference between grandiose and vulnerable narcissism has been part of psychological theory since the late 1980s, but it's time to bring it into the mainstream.

We all need good narcissism-spotting skills because having narcissists in our lives can be extraordinarily problematic, particularly if we don't know exactly what they are. Narcissists, by definition, only really care about themselves and their own self-presentation, and have no problem manipulating, cheating, disregarding rules, or disobeying the needs and wants of others as long as it's in the service of their own pursuit of glory (or reassurance, as the case may be). However, a more refined view of the narcissistic possibilities out there is necessary to protect ourselves from both types: the big brass-band I Am So Wonderful type, and the quieter, I'm Bitter The World Doesn't Appreciate Me type.

Here are the main characteristics of the two divergent types of narcissists, and why it's essential that you hone your recognition of the disorder to include both. Because otherwise, you're in for a hell of a headache.

The grandiose kind of narcissism is the one we're all most commonly aware of: the one that involves itself intimately with an "inflated" sense of self. Narcissists of this type genuinely believe that they're gifts from God, and aren't concealing any doubts on the subject. They're consistent in their approach: they expect to be constantly treated like the eighth wonder of the world, and react with astonishment and rage if they aren't. In a 2003 analysis of the two different narcissism types, the grandiose type was summed up as "arrogant, entitled, exploitative, and envious:" they don't learn from mistakes, are absolutely convinced that they deserve everything excellent in the world, and are almost incapable of empathetic responses to others whose needs aren't being met.

When I say it's presidential, I'm not kidding. A 2013 study found that several Presidents in U.S. history, from Lyndon B Johnson to Nixon, had aspects of grandiose narcissism in their personalities, which guided their decision-making and propensity to make decisions that benefited them instead of the country at large. If you're one of the believers in the idea that President-elect Donald Trump's a narcissist, you could at least take comfort in the idea that it's likely not the first time somebody of the grandiose type has held the position.

Why You Need To Know How To Spot It: This is the "obvious" narcissist that may seem extremely alluring at first sight when you befriend or start a relationship with them: they'll believe the rules don't apply to them, turn on the charm in huge swathes to get what they want, likely put you on a pedestal, and exhibit a completely unshakeable self-control and self-confidence that can be intoxicating. They'll quickly be revealed to be pretty callous and often divorced from reality, though, which is the point when you need to be able to assess their grandiosity and cut ties, if you haven't already.

Relationships with grandiose narcissists can be ridiculous at best and horribly damaging at worst; imagine being the rational one in a partnership where the other person is constantly demanding that they're the best at everything and that people who don't believe it are out to get them.

This is the subtype of narcissism that is, frankly, more dangerous than the more obvious one because it's so much less visible to the unexperienced observer (or even the skilled one). Narcissists of the vulnerable type are distinguished by their emotional background: in the excellent summary of Bipolar Disorder Central, "vulnerable narcissists are preoccupied with fears of rejection and abandonment," and "swing back and forth between feeling superior and inferior depending on what's going on in their life at the moment." The core of their self-centredness comes from intense panic that they're actually worthless and somehow shameful.

The difference, according to the 2003 comparative analysis, turns up in both presentation and their internal emotional world. "The vulnerable narcissistic personality is observed as overtly presenting with shyness, constraint, and even the appearance of empathy," the researchers explain. "Underlying this presentation, however, lies a covert core organized around grandiose expectations and entitlement." The vulnerable narcissist does experience the same beliefs as the grandiose one (they deserve everything, they're better than everybody else); but it seems they developed it as a kind of protective "shell" to keep themselves feeling safe and superior. If it's violated or they're disappointed, the shell collapses and they reveal themselves to be deeply threatened and distressed.

The essence of vulnerable narcissism is "core narcissistic conflict" between the shell and the deep conflict in conforming to it. Grandiose narcissists believe the shell to be absolutely correct and authentic, while in vulnerable narcissists it can be exposed to be frail or problematic, and that goes very badly. As clinical psychologist and narcissism expert Dr. Mark Ettensohn explains, "sometimes the false self gets weakened, leaving the person exposed to the underlying fears about not being good enough. The person may feel ashamed, depressed, worthless, anxious, panicked, or experience intense worries about death or sickness."

This type of narcissism doesn't follow many of the patterns of "overt" narcissism: a new study just released on narcissist behavior on social media, for instance, showed that people with vulnerable narcissism often stay away from it, while grandiose narcissists use it to demonstrate their own excellence and perfection. And when they're "exposed," vulnerable narcissists may even seek therapy. But it's got its own unique annoyances: it's also called "covert narcissism," and Psychology Today points out that those who are vulnerable or covert in their narcissism are likely to be passive-aggressive, smugly superior, emotionally distant, and socially detached. This may be different from the arrogant, self-displaying behavior of a grandiose narcissist who has to be the star of a party, but it's equally terrible.

Why You Need To Know How To Spot It: It can be a lot easier to slip into friendship, business partnership, or a romantic relationship with a quiet, vulnerable narcissist. Who among us hasn't had our sense of self-esteem rocked by a bad review, or felt overlooked by the world? Vulnerable narcissists have far more fear and "softness" than their counterparts, and may even be induced to talk about how much they worry about what people think of them and why they lack confidence in their relationships.

The problem, though, is that they aren't benign personalities. Narcissism remains narcissism, and vulnerable ones will rocket between happiness and misery depending solely on how their self-worth is being maintained. They'll have a lack of empathy, and are more prone to being "cold" and withdrawing in social situations that threaten their value, or even seeking revenge. Do you really want to be caught listening for hours to somebody bitter about the world's unfairness towards their genius? If a partner, parent, or friend seems incapable of acknowledging your feelings and oscillates between superiority and a pathetic need for reassurance, you may have yourself a vulnerable narcissist, and it's not going to be any better for you than a relationship with a grandiose one.