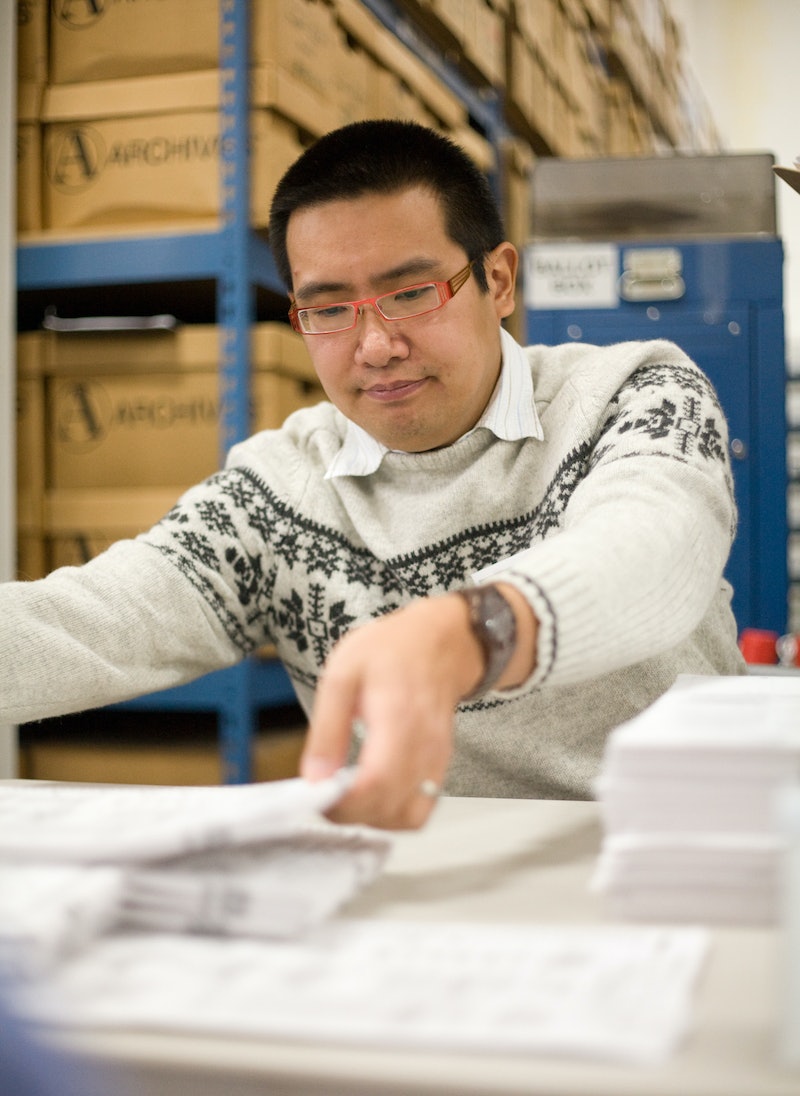 Thus far in the election cycle, only states won by President-elect Trump have been the focus of recount efforts. In Wisconsin, a recount is already underway, with former Secretary of State Clinton needing to gain a little more than 22,000 votes in order to take the state out of Trump's electoral column. Recounts may soon be granted in Michigan and Pennsylvania as well, with Green Party candidate Jill Stein pushing for both. But if Minnesota joins the recount party, it will be the first state that Clinton won to come under challenge.

Final results for Minnesota put Clinton in the lead with 46.4 percent of the vote, to Trump's 44.9 percent. According to election laws in Minnesota, an automatic recount is only triggered if the margin separating the winner and second-place finisher is 0.5 percent or less. Obviously, in this case, Trump lost by too large a margin to immediately qualify for a recount. However, Minnesota does allow candidates to independently request a recount, regardless of the final vote tallies, with the caveat that said candidate will be on the hook for the recount bill. And given the workload of counting out millions of ballots, that price tag can be pretty hefty.

Just how expensive is a recount? Consider that volunteers in Wisconsin are each being paid $20 per hour. That adds up fast. If Jill Stein is successful in her efforts to force a recount in Michigan, some estimates say that undertaking will cost taxpayers a cool $4 million. Other estimates put the price much lower, at just $1 million. Stein's campaign had to hand over nearly $1 million dollars of their own, in order to make it official. It seems that Stein is a true believer in the possibility of Clinton turning over the necessary 10,704 votes to take the Michigan win away from Trump.

But, if history is any guide, these efforts will be futile. The most famous statewide recount in a presidential race happened in Florida in 2000. There, President Bush was initially declared the winner, defeating Al Gore by a mere 1,784 votes. Then the recounts began, and Bush's lead began to dwindle, until he was finally certified the state winner by a mere 537 votes. The whole process was complex and at times absurd, involving copious lawyers, Supreme Courts, and on-the-spot terminology, including "undervotes," "overvotes," and the infamous "hanging chads."

None of this is to say the recount efforts are useless. After Donald Trump spent much of the campaign claiming the process was "rigged," voters will benefit from the added assurance that votes were correctly tallied. And who knows? This year has been utterly unpredictable in just about every way. There's no reason a recount couldn't reveal much larger discrepancies than we've seen before. But workers will have to move quickly; the deadline for filing results is Dec. 13.