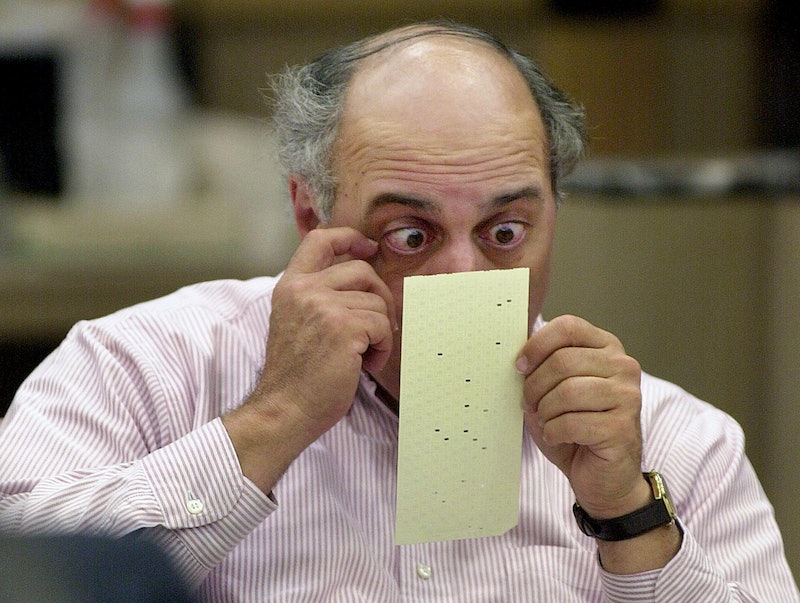 Wisconsin's recount process began yesterday, following the success of Green Party candidate Jill Stein to secure a statewide re-tabulating of vote totals. With pre-election polls giving Hillary Clinton the decided advantage over President-elect Trump, his win in Wisconsin came as a shock to many Americans, not to mention the Clinton campaign. According to current election totals, Clinton trails Trump by a little more than 22,000 votes. But unfortunately for her, the very first recount results don't show a marked shift in her direction.

But there's no reason to rush to any conclusions, or assume the rest of the recount will yield similar results. That's because only one county has thus far reported its results in full. Menominee County, home to the Native American Menominee tribe, finalized their recount yesterday. The county found some good news for Stein, with 17 new votes discovered for her. Another winner was Libertarian Party candidate Gary Johnson, who gained 12 votes. Two votes were taken away from Trump's original total, and Clinton lost one vote herself. Since neither Johnson nor Stein has any chance of winning the state of Wisconsin, the Menominee results give Clinton a grand total of one extra vote.

The deadline for Wisconsin's recount is coming up fast, with all results required to be filed by Dec. 13. And Clinton will need an enormous swing of votes in her direction in order to win. As Eric Bradner at CNN pointed out, "Recounts can change vote counts on the margins, but Trump's edge of more than 22,000 votes in Wisconsin is all but impossible to eliminate, barring a massive, unprecedented and unexpected failure of the state's voting machines." So is there any reason for Democrats to hold out hope?

On the one hand, the answer seems to be no. After all, how likely is it that all the wrongly counted votes will somehow be in Clinton's favor? But if evidence of voting machine hacking emerges, then we're in a different ball game altogether. And if the professional hackers at the Center for Information Technology Policy are to be believed, U.S. voting machines are woefully susceptible to hacking. And after intelligence officials pointed at Russia as the source behind the hacking of Clinton campaign manager John Podesta's email, as well as the email accounts at the Democratic National Committee, it is not too far a stretch to imagine Russian hackers interfering with the election process. Jill Stein argues that the recount is important to ensure that hacking did not play a role.

While the first results of the Wisconsin recount don't change much for Clinton, if evidence emerges of vote interference via hacking, that could change everything.