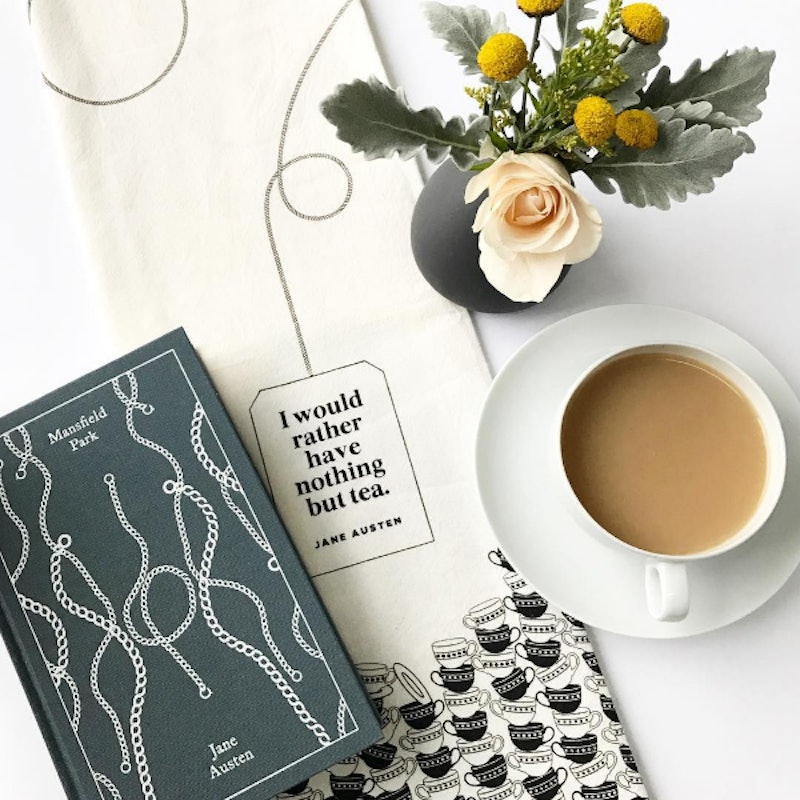 For every aspiring writer who has had a beloved family member turn up their nose at your work, here's a little comfort. Jane Austen's mother didn't like her third novel, Mansfield Park, and her other family and friends offered conflicting opinions on her writing. In Jan. 2016, Austen's letters on Mansfield Park — including correspondence with her mother, Cassandra — will be placed on display at the British Library.

Professional writers' ire may have meant something to Austen, but her real concern was for her friends' and family's opinions of her work. She welcomed reviews from acquaintances and loved ones, and "meticulously compiled them in thorough, sometimes hilarious notes." From The Guardian:

The Mansfield Park document is fascinating. It shows that Austen’s mother, Cassandra, thought the novel not as good as Pride & Prejudice and found the heroine, Fanny, “insipid”. Her sister, also called Cassandra, on the other hand was “fond of Fanny” and “delighted much in Mr Rushworth’s stupidity”.

A lady called Augusta Bramstone is recorded by Austen as thinking Sense & Sensibility and Pride & Prejudice “nonsense … but [she] expected to like M.P. better, & having finished the 1st vol. – flattered herself she had got through the worst”. [sic]

2017 marks the 200th anniversary of Austen's death, and British Library Chief Executive Rory Keating says that, although "[it's] impossible to mark every literary anniversary, [the library] felt it had to for Austen." The author's Mansfield Park letters will be on display at the British Library, alongside three volumes of her juvenilia, from Jan. 10 through Feb. 19.