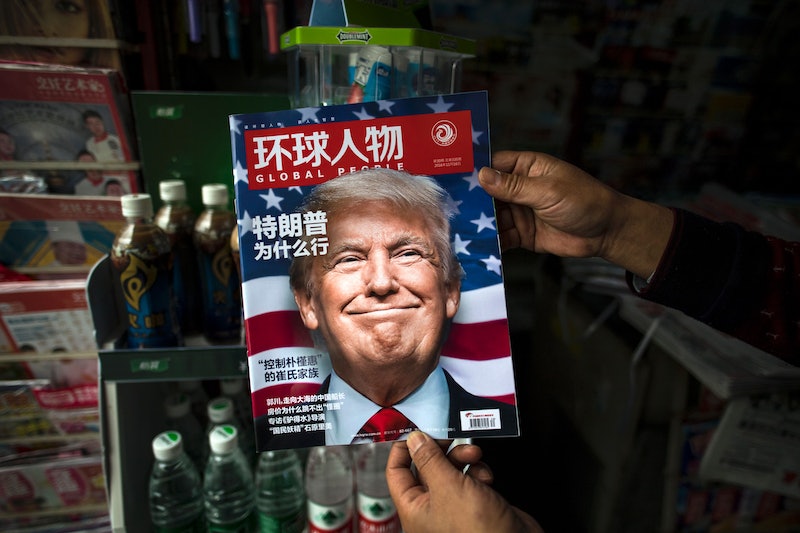 The Chinese government had some harsh words for the Taiwanese government and President-elect Donald Trump following his unprecedented phone call with Taiwan President Tsai Ing-Wen. The Chinese foreign minister accused Taiwan of taking a "petty" action, one which may have some steep political consequences. Meanwhile, Trump doubled-down on the call and claimed the Taiwanese president called to congratulate his recent presidential win.

Trump reportedly spoke with the Taiwanese president for 10 minutes on Friday. Trump later tweeted that the Taiwanese leader called him to congratulate his presidential win over Hillary Clinton.

But the damage was already done. Trump's phone call with the Taiwanese government broke almost four decades of diplomatic policy — which favored China — and the Chinese government was not too happy about the unprecedented move.

Chinese Foreign Minister Wang Yi released a statement that blasted the Taiwanese government for making the "petty" move. He added that the phone call was "just a small trick by Taiwan," the Associated Press reported.

However, Wang spoke positively about the U.S. government, and said he hoped relations between China and the United States will continue to be diplomatic going forward. "The one-China policy is the cornerstone of the healthy development of China-U.S. relations and we hope this political foundation will not be interfered with or damaged," Wang said in the statement.

Trump also implied that there was a double standard at play here: Why can't he take a congratulatory phone call when the United States provides Taiwan with "billions of dollars of military equipment?"

But the phone call remains controversial and China isn't taking it lightly. According to the Washington Post, the Chinese government has already filed an official complaint with the United States.

Relations between Taiwan and the United States have been at an impasse since the 1970s when the U.S. shifted to a "one China" policy and recognized Beijing as the Chinese government. China doesn't recognize Taiwan as a sovereign nation. It's believed that President Jimmy Carter was the last U.S. president to speak with Taiwan.