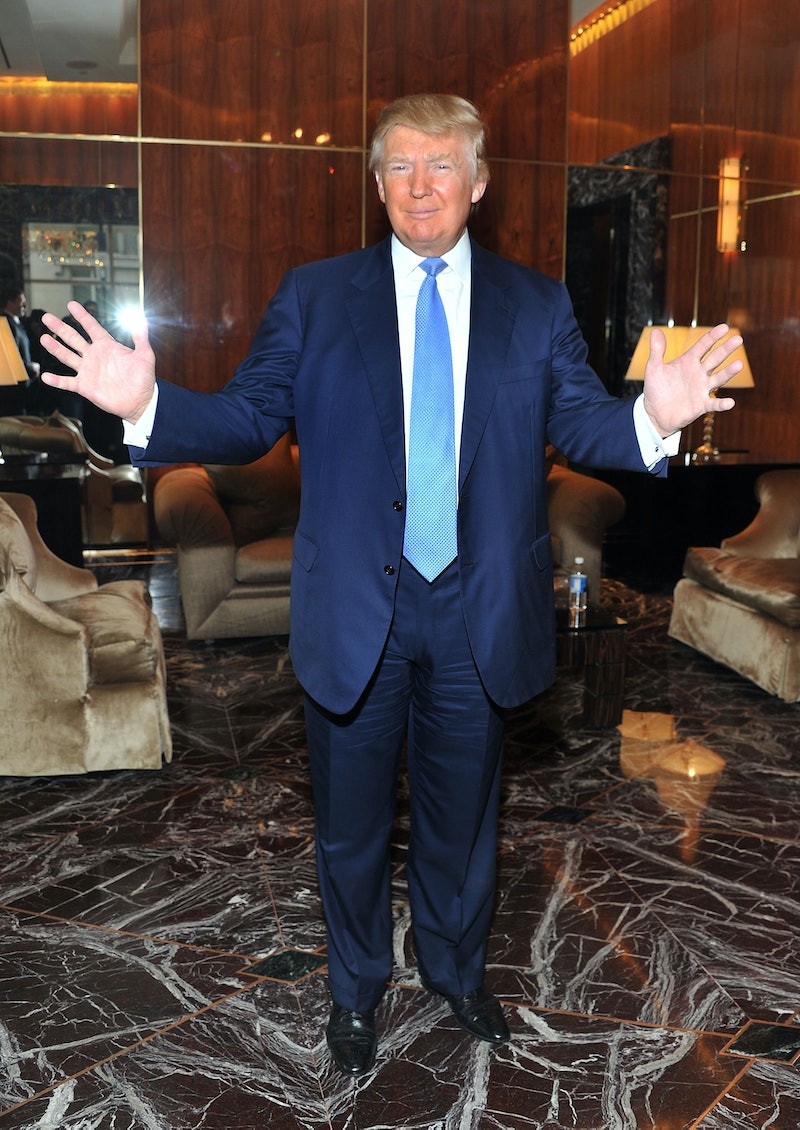 President-elect Donald Trump broke four decades of protocol on Friday when he took a call from Taiwanese President Tsai Ing-wen congratulating him on winning the presidency. The move has angered China, which considers Taiwan a province, and has already threatened diplomatic ties with the world power. So why would he take such a call? Trump's Taiwan call suggests he's more interested in personal business than politics.

As The Guardian noted, several weeks before the phone call a woman claiming to be a part of Trump's hotel conglomerate met with the Taoyuan mayor to inquire about building luxury hotels as part of the Aerotropolis complex, a renovation planned around Taiwan's major airport. Taiwan News also reported the meeting in November.

A Trump Organization spokesperson told The New York Times that there were "no plans for expansion into Taiwan" and that there had been no "authorized visits" from the organization, which contradicted the reports from Taiwan's mayor. Meanwhile, a Facebook post from Anne-Marie Donoghue in October seems to confirm that at least some people affiliated with the organizations have been deployed to Taiwan on business.

Donoghue, a sales manager who oversees Asia for Trump's hotels, posted a photo on Facebook in October from Taipei. When asked by one of the commenters if her business in Taipei was for business or fun, she responded that it was for work. Amanda Miller, a spokesperson for the Trump organization, did not dispute that Donoghue had visited the country in October.

This latest debacle has done little to assuage fears that Trump's business dealings could potentially interfere with his presidential duties. Trump has stated that he will completely remove himself from his organization, handing over full power to his children. Trump has promised to detail the move at a press conference on Dec. 15, but many experts have already speculated handing the business over to his kids wouldn't eliminate his conflicts of interest, considering that he's asked for top security clearances with them and they've been sitting in on meetings with world leaders. That's not exactly a beacon of hope that he'll really eschew his business dealings to lead the country.

Ivanka Trump in particular has had an active role in her father's political life. She greeted the prime minister of Japan along with her brothers, and has sat in on telephone calls with the presidents of Turkey and Argentina. Needless to say, she's pretty tangled up in the foreign side of things, so handing over the business presents an absolute tangle of conflicts. And Trump's call with Taiwan seemed to suggest he's having a tough time getting over his life as a businessman.