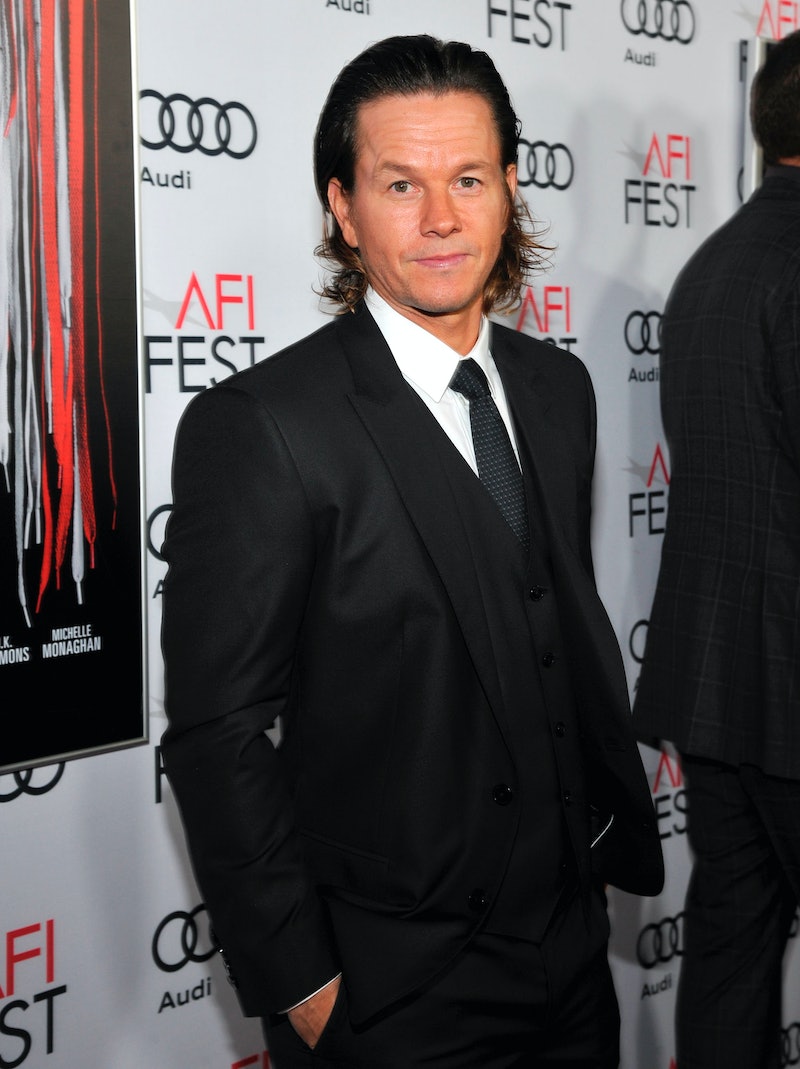 After an election that left people blindsided, plenty of voices in media have explained that the reason Donald Trump was elected, despite the fact that Hillary Clinton was anticipated to win, is because we "live in bubbles." One such person is Mark Wahlberg, who thinks celebrities and politics shouldn't mix. In a recent interview with Task & Purpose, the actor and musician expressed his opinion that celebrities are too out of touch to be able to accurately comment on politics. He told the site,

“A lot of celebrities did, do, and shouldn’t [talk about politics]. You know, it just goes to show you that people aren’t listening to that anyway. They might buy your CD or watch your movie, but you don’t put food on their table. You don’t pay their bills. A lot of Hollywood is living in a bubble. They’re pretty out of touch with the common person, the everyday guy out there providing for their family.”

Despite the fact that Marky Mark told Elle UK in September that he himself was "very open to having our first female president," Wahlberg does not seem to consider himself to be part of the bubble. "Me, I’m very aware of the real world," he explained to Task & Purpose. "I come from the real world and I exist in the real world. And although I can navigate Hollywood and I love the business and the opportunities it’s afforded me, I also understand what it’s like not to have all that."

By "the real world," he seems to refer to those of working class backgrounds. Wahlberg is a native Bostonian, having grown up the youngest of nine siblings in the neighborhood of Dorchester. He is now reportedly worth $200 million and owns an $8 million mansion in Los Angeles, but asserts that he still has a foot in both worlds. While this is probably true, I think it's unfair for Wahlberg to presume that more politically active celebrities have never known anything but wealth and success. For instance, Katy Perry, one of Clinton's most active supporters, grew up on food stamps in an Evangelical family. I'm sure people would consider that a "real world" upbringing, and if she's grown out of touch with her roots, I wish Wahlberg had elaborated on the ways he feels he is more connected to his past than other celebrities.

Wahlberg's recent comments, which have been praised by pro-Trump media outlets, reflect the problem with blaming the election results, and the media's inability to predict them, on "bubbles." While Wahlberg seems to be saying that celebrities or people who live in expensive coastal cities live in a bubble, you can level the same criticism at "the common man" who lives in more rural and homogenous towns.

Others have speculated that Clinton and her supporters' preoccupation with "identity politics" are what alienates the working class white people in the United States, but how can celebrities (and Clinton supporters) like Beyoncé, Jay Z, and Lady Gaga fighting for the civil rights of all U.S. citizens (which is what identity politics are) be more "out of touch" than Wahlberg, who reportedly was involved in multiple acts of race-related violence during his teen years? It's definitely true that political discourse and outreach should be examined after the 2016 election, but becoming more like Wahlberg is not the solution.