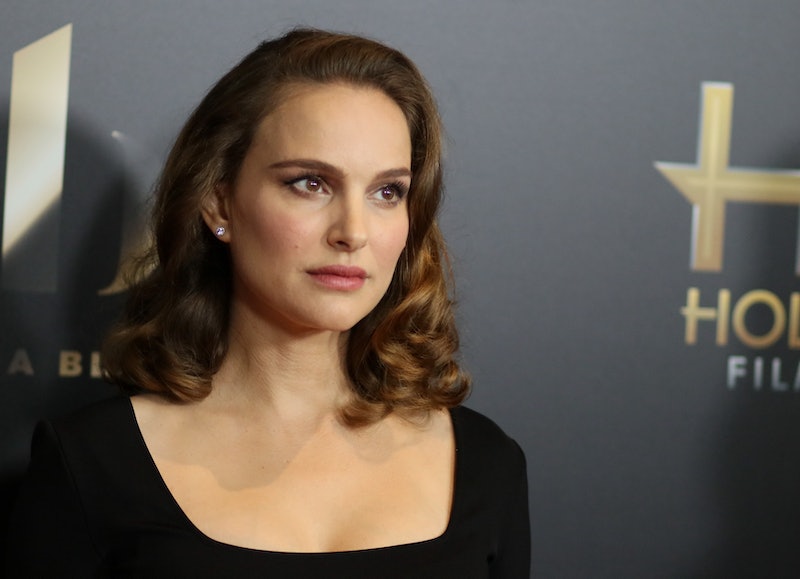 For so many women, to be alive in 2016 in America is to be angry — over the gender wage gap, over the discourse about sexual assault, over the fact that a man who's admitted to groping women and has used sexist terms was elected Commander-in-Chief. In recent weeks, it's felt for many women that the barriers we face in order to find success are only becoming greater, and that true equality is a long ways off, if achievable at all. There are beacons of hope, of course, like the continued Supreme Court judgeship of Ruth Bader Ginsburg, a feminist leader and one of the country's most powerful female figures. But even the actor set to play her in an upcoming film, Natalie Portman, is baffled by how Ginsburg and her peers managed to achieve the success they did, in a time of even lesser equality for women.

"I get so angry and frustrated now, and I’m like, 50 years ago, how did you not just scream?" Portman says, speaking with me while promoting her new film, Jackie, also about a powerful — albeit quite different — political woman. "When you see what women were up against then... [but even] with all of the barriers, she just kind of did what she needed to do, and she was just better than everyone else. She didn’t complain, and she didn’t get angry."

"Sandra Day O’Connor, too — they didn’t waste time on [anger]," Portman continues. "There was too much to do. And it’s a good lesson, although a very hard one to follow."

Portman readily admits that it's her "tendency" to get angry in the face of oppression. In the last few months, she has expressed her dismay over Donald Trump's rise, and, more recently, her sadness and disbelief over his win. She's tried to focus on the positive, telling The Hill how "exciting" it is to see people being more active about politics and in their communities, but when I speak with Portman, it's clear that the results of the election still weigh on her heavily. Getting to play Ginsburg, a woman who has spent her entire career fighting for equality and making her voice heard, is not only exciting for the quality of the role, she says — the movie focuses on Ginsburg pre-judgeship — but for what the icon's life and leadership represents.

"It’s like a dream to be her," Portman says, smiling widely. "I just admire her so much and think she’s so incredible. She's done incredible things for the country, and for people in general."

A self-described "Supreme Court junkie," Portman says that she's excited to step into Ginsburg's shoes and explore the justice's extraordinary life. "Most of the roles I’ve done, I would not be interested in being that person," the actor says. "It’s a rare role where it’s someone I actually would love to be."

Still, she admits that it's "daunting" to play Ginsburg while the justice is alive to see her story being told on-screen. "I know that she’ll see whatever I do, and I really care about her approval," she says.

That may be a lot of pressure, but thankfully, Portman seems more than up for for the challenge.