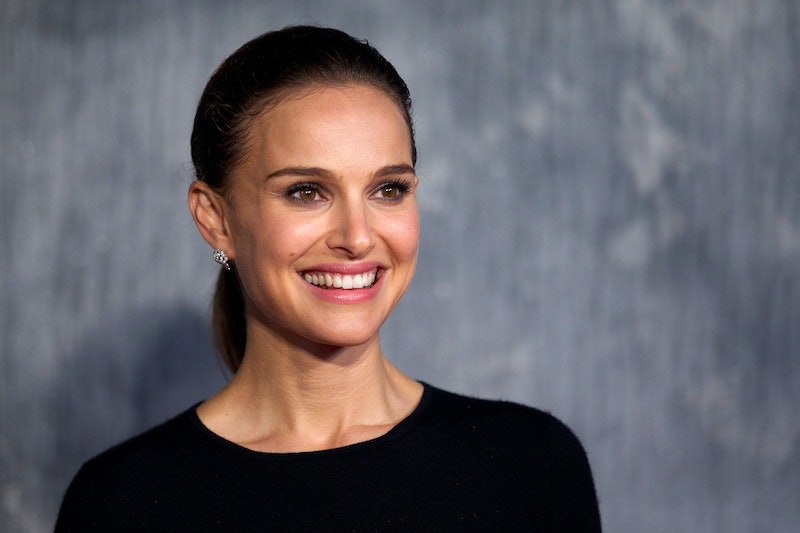 Get ready for this, because you're going to want to freak out: In what's perhaps the coolest movie news, like, ever, Natalie Portman will play Supreme Court Justice Ruth Bader Ginsburg in an upcoming biopic. And to add to the greatness? The film, called On the Basis of Sex, will follow the Notorious RBG's fight for equal rights early during the course of her career. Can you believe it? This feminist dream of a film is actually happening.

For those who only know Ginsburg as the face on all those cool shirts, the Justice has had an extraordinary career, starting with her enrollment at Harvard Law School, where she was one of the only women in her 500-person class. She then became the only female on two major law reviews, but soon after, was rejected for a law clerkship due to her gender. Of course, that didn't stop her; Ginsburg became a law professor, argued for women's rights, and pretty much single-handedly ended gender discrimination in several areas of law.

Later, she was appointed to the D.C. Circuit, a position she held until President Clinton nominated her for the Supreme Court, making her the second female, and first Jewish woman, ever to preside. As we all know, she's been a prominent figure on the Court ever since, fighting against sexism and promoting issues like marriage equality and reproductive rights. And now she's getting a movie made in her honor, which, thanks to the involvement of Portman and director Marielle Heller, who made the Sundance hit Diary of a Teenage Girl, has all the elements of being a tribute worthy of the icon herself.

Exactly what era of Ginsburg's life the movie will focus on is unknown, but unless makeup artists have come up with a convincing way to make a 33-year-old look 82, it's safe to assume that it's going to revolve around Ginsburg's post-law school years and work as an advocate for equality. Perhaps it'll go further into her time on the D.C. Circuit, or provide a look at her childhood in Brooklyn; regardless of what era the movie chooses, it's clear they have plenty of material to use.

As for the people involved, they couldn't be better choices. Portman is an Oscar-winning actress with enormous talent, not to mention a fierce advocate for many of the same causes Ginsburg supports, like same-sex marriage and girls' education. She's also an observant Jew, just as the judge was growing up in Brooklyn. As for Heller, Diary of a Teenage Girl earned huge acclaim when it premiered at Sundance earlier this year for its depictions of girlhood and female sexuality. Having the feminist Ginsburg as her next topic should be right up her alley.

We'll see how it all goes soon enough. According to reports, the film's producers are looking to start production by the end of 2015, which means that On the Basis of Sex could arrive as early as next year. Get excited for this one; it's not every day that a feminist icon gets the big-screen treatment. Even though it totally should be.