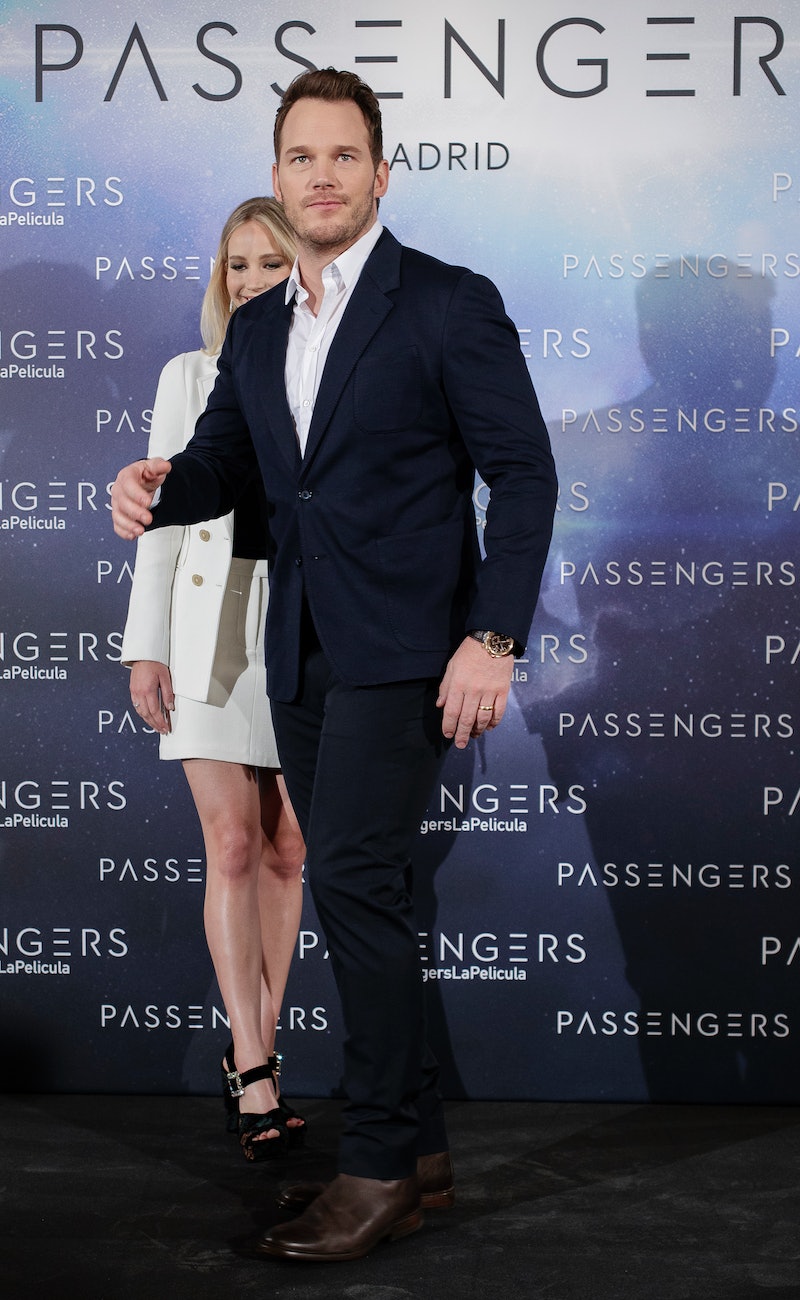 You know how they say that when you spend a significant amount of time with someone, you start to look like them? Well, it's happened for Passengers co-stars Chris Pratt and Jennifer Lawrence, on a major scale. If you didn't know, Pratt has been doing a running gag on Instagram where he cuts Lawrence out of his pictures, accidentally on purpose, under the guise of giving fans some behind-the-scenes photos of their press tour. But, because the prankster probably felt that that particular technique was getting old, he went and took things to the next level in his latest photo "with" Lawrence.

What do I mean by next level? Well, in one of Pratt's recent photos, he pledged to fans that he'd stop playing a post a legitimate picture of Lawrence. In a picture of him looking dapper on a private jet, he explained,

People ask me, 'What's the greatest part of these press tours?' For me, the answer is always 'JETS!!!!' So happy and full of gratitude to be on this jet for #passengers press tour. JETS ARE SO FUN!!!! 🙏👍🏼😃 And in that same spirit of gratitude I will finally post an awesome photo of #JenniferLawrence I just took. Stand by!!!!!

So, to then rectify his mistake, he did manage to include a snapshot of Lawrence, but not the actor herself. Allow me to explain. Pratt posted the same exact photo of him on the jet, except with J.Law's face superimposed on his. He wrote in the caption on Instagram, "As promised. My best buddy #jenniferlawrence Sorry for messing with you guys before."

It's as creepy as it is hilarious. At this point in their game, I just really admire Pratt's commitment to keeping the joke alive and thriving. I'd bet that we'll eventually get a legitimate picture of the two co-stars together, perhaps right before the press tour ends. If one thing's for sure, though, it's that Pratt is the most thorough (and harmless) Internet troll around.