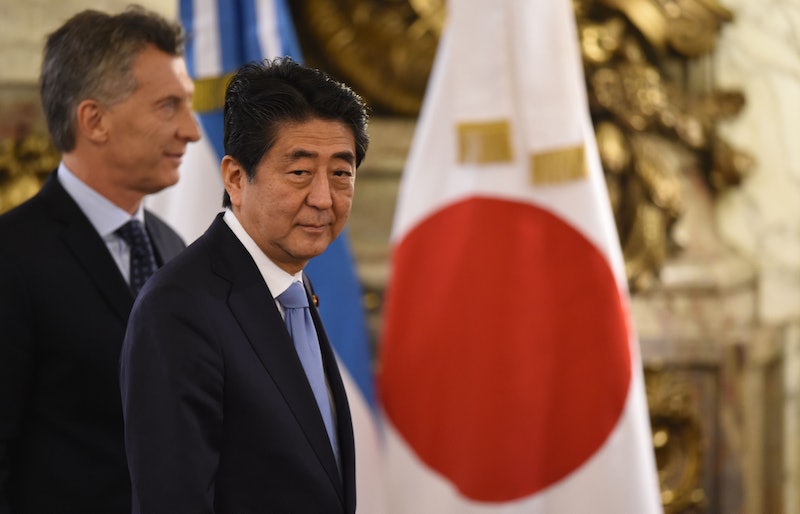 On Monday, Japanese Prime Minister Shinzo Abe announced his decision to visit Pearl Harbor on December 27. This historic visit, coming seven months after Barack Obama became the first sitting US president to visit Hiroshima, makes Abe the first Japanese prime minister to pay his respects at the site of the Japanese attack that brought the U.S. into World War II. It also brings up the question of why a Japanese prime minister hasn't visited Pearl Harbor before. That question is easily answerable, but in the most complicated way — it all comes down to the tensions that long and occasionally fraught histories cause for countries that, otherwise, are allies.

Obama took the first step towards opening up this chapter of history, when he visited Hiroshima in May. The visit was generally very well received, if emotional. The White House made it a point to emphasize that the president's visit was not an apology for the American atomic bombing of Hiroshima and Nagasaki that quickly led to Japan's surrender in 1945. Most people were generally satisfied with this approach, as the visit was more symbolic than anything else. Abe will also likely not offer an apology for Japan's actions during the war for similar reasons, but the planned visit to Pearl Harbor has already received praise at home and abroad.

Abe's visit is coming at a particularly precipitous time. For one thing, it's an especially strong symbol because it's happening so soon after Obama's trip to Hiroshima. For another, this is Abe's last chance to make the gesture with Obama still in the White House. Tokyo wasn't thrilled about president-elect Donald Trump's campaign rhetoric concerning American military alliances and trade partnerships. However, Abe was the first foreign leader who Trump met with after his victory, and apparently Abe was pleased with how the talk went. This visit is likely meant at least in part to show Japan's continuing dedication to its alliance with the U.S.

This is also an especially good time to make a conscious effort to move beyond violent moments in history. Both men have expressed deep desires to avoid war and nuclear conflict, and it's especially meaningful that they're making the effort to pay their regards at such powerful places of memory. The visit is a reinforcement of the two nations' shared commitment to peace, which means putting the past behind them for the sake of the future.