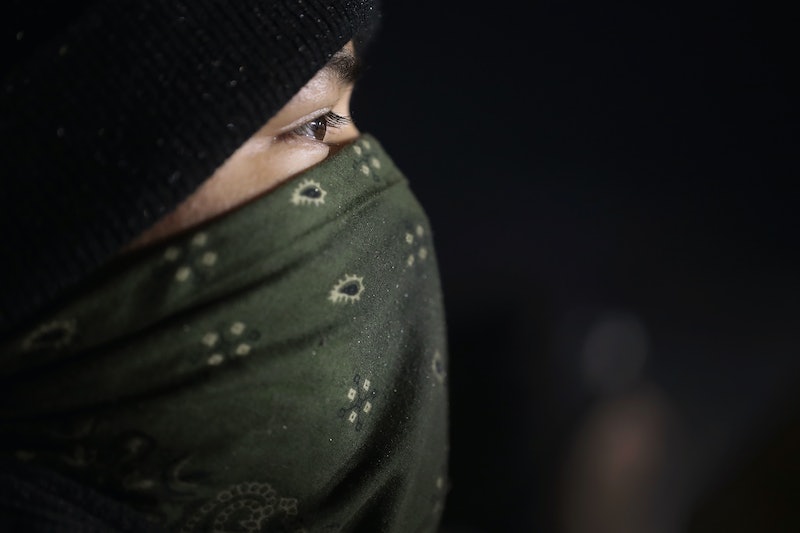 He chose to stay quiet about the issue during the election, but last week Donald Trump endorsed the Dakota Access Pipeline. "Today, Mr. Trump expressed his support for the Dakota Access Pipeline, which has met or exceeded all environmental standards set forth by four states and the Army Corps of Engineers," said North Dakota Sen. John Hoeven in a statement. On Monday, Trump re-affirmed his support for the pipeline. While the Department of the Army announced that it would "not approve an easement that would allow the proposed Dakota Access Pipeline to cross under Lake Oahe in North Dakota," the new president-elect's support is another example of his indifference towards issues facing marginalized groups and emphasizes the need for protests like the ones being carried out by the Standing Rock Sioux tribe.

The DAPL is a proposed 1,1720-mile pipeline that would transport 470,000 barrels of fracked crude oil from the Bakken oil field to the Three Forks oil field per day. While over 85 percent of the pipeline has been completed, the permits recently denied by the Army Corps of Engineers would have allowed it to cross through the Missouri River, endangering the water primary supply of Rosebud and other Indian reservations. The pipeline would also border sacred burial grounds that protestors fear could be desecrated by flooding.

While Obama administration's decision sparked celebrations from protesters, Trump's support of the project means the fight against DAPL's construction is not finished yet. The lead organizer Indigenous Environmental Network, Dallas Goldtooth, reminded supporters that the current victory "isn't guaranteed in the next administration" and that they must "keep up the pressure." He added, "More threats are likely in the year to come, and we cannot stop until this pipeline is completely and utterly defeated, and our water and climate are safe."

Judging by the statement released by Energy Transfer Partners, Goldtooth is right to not see this decision as the end. "As stated all along, ETP and SXL are fully committed to ensuring that this vital project is brought to completion and fully expect to complete construction of the pipeline without any additional rerouting in and around Lake Oahe," read the statement. "Nothing this Administration has done today changes that in any way."

Kelcy Warren, CEO of Energy Transfer Partners, donated $100,000 to the Trump Victory Fund and $3,000 directly to Trump's campaign in June. "I'm 100 percent sure that the pipeline will be approved by a Trump administration," he said to NBC News. "I believe we will have a government in place that believes in energy infrastructure." Furthermore, Trump himself has invested up to $300,000 into the construction of DAPL.

Several Republicans, such as Paul Ryan and Rep. Kevin Cramer, have already criticized the latest decision denying ETP the pending permits to complete the pipeline.

Jan Hasselman, an attorney fighting on behalf of the Standing Rock Sioux, promised to challenge any attempt to reverse the Obama administration's decision. He said, "If the incoming administration tries to undo this and jam the pipeline through despite the need for an analysis of alternatives, we will certainly be prepared to challenge that in court. It's not so simple for one government administration to simply reverse the decisions of the former one."

Given the not-very-reassuring views held by Trump and most Republicans, the fight will be sure to continue.

More like this
What Is Barack Obama’s Net Worth? He Makes *Way* More Now As An Ex-President
By Hugh McIntyre
How To Fight For Reproductive Rights, Based On How Much Time You Have
By Courtney Young
LGBT+ Men Fleeing Afghanistan Were Denied Asylum By The Home Office, New Findings Show
By Sam Ramsden
10 Times Boris Johnson Got It Wrong On Trans Rights
By El Hunt and Sam Ramsden
Get Even More From Bustle — Sign Up For The Newsletter