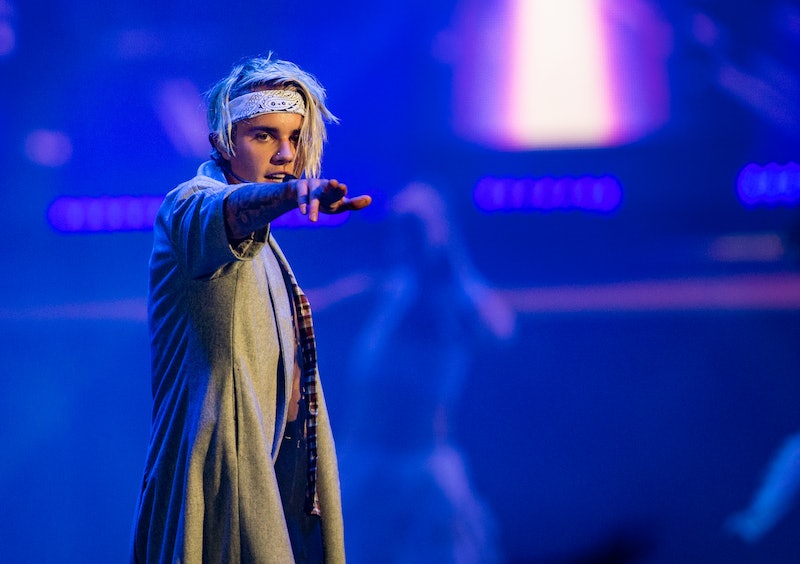 Well Beliebers, it looks like the holidays have come a little early: Justin Bieber announced on Ellen that he's planned a U.S. stadium tour for 2017. That’s right, he’ll be hitting the road once again for Purpose, his 2015 smash record that saw the pop star play over 100 shows throughout the better part of 2016. He’s yet to reveal a full itinerary, but will be performing at the Rose Bowl on Aug. 5, 2017 in Pasadena, California. So, the show will definitely be up and running by sometime next summer. But, before you clear you calendar, you’ll probably want to figure out how you can get tickets for the Purpose stadium tour.

Luckily, you won’t have to wait long. Sales start on Friday, Dec. 9 at 10 a.m. ET. You can snag tickets on AEGLive.com, but you’ll definitely want to act fast. This year’s run was so popular that the Biebs had to tack on additional dates in cities like Los Angeles and New York City to accommodate his fans.

If you thought the first round of concerts were a hit, just imagine what he can do at an arena-sized blowout. He already flaunted a set that saw him battling wind, firestorms, and an indoor wall of rain. Oh, and let’s not forget that massive trampoline.

Given the success of Purpose, it’s only fitting that Bieber would pull out all the stops for its live rendition. After all, the critically acclaimed album notched the 22-year-old his first ever Grammy for the Jack Ü-assisted “Where Are Ü Now,” plus not one, not two, but three No. 1 singles. In fact, Bieber has been having somewhat of a moment. After a few years riddled by some very public missteps, he’s officially made a successful comeback, and that’s something worth seeing firsthand when he returns to the road next year.