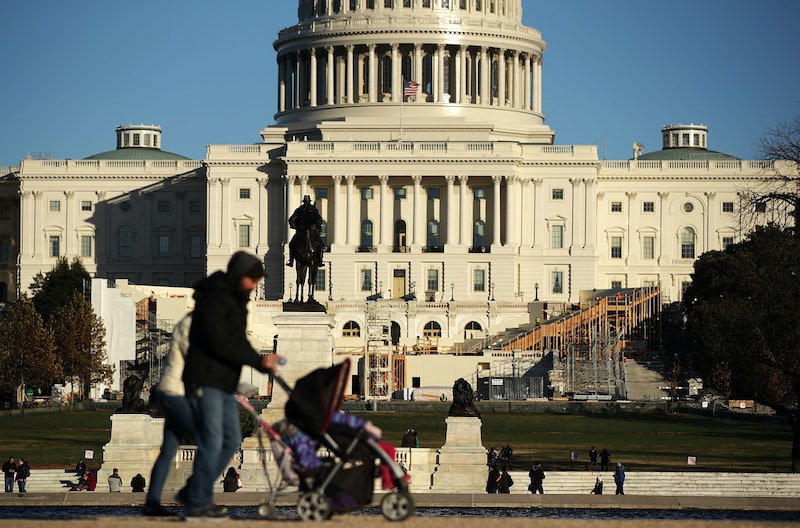 Although Donald Trump is busy making (questionable) cabinet picks, he is still president-elect, and not the actual president. In fact, the electors of each state in the Electoral College don't actually meet to cast their ballots for another two weeks. Currently, there’s an effort underway to try to convince Republican electors to renege on their obligation to vote for Trump. While few are anticipating that any of them will instead vote for Hillary Clinton, there’s a possibility that some may abstain from voting altogether. But what happens if electors abstain from voting? According to the Constitution: nothing. In fact, the original design of the Electoral College allowed electors to vote for candidates other than the ones chosen by the voting public — in case they, you know, got swept up in populist fever by a demagogic authoritarian. Rules restricting how electors could vote were, from the framers’ point of view, defeating the purpose of the Electoral College altogether.

That doesn’t mean that states haven’t tried to make laws along these lines, anyway. Just over half the states have laws which impose penalties for electors who don’t cast their ballots for their candidate, which includes abstaining. This includes civil penalties (Washington has the heaviest fine, at a thousand dollars) and criminal liability. In New Mexico, for example, acting as a faithless elector is a fourth-degree felony. Other states have rules that instantaneously replace faithless electors with faithful ones.

But what happens to abstaining electors is not nearly as important a question as what happens to the country. Right now, Trump has 306 votes in the Electoral College — 36 more than what he needs to claim the presidency. The push for Trump electors to defect would have to convince 37 of them to vote for another candidate, or abstain. If that happens, the selection of president gets thrown to the House of Representatives, where each state’s delegation would have one vote. Currently, Republicans control the House, so it is very possible — in fact, likely — that they’d stick with Trump.

On the other hand, electors are not required to vote for either party’s nominee. All of which is to say that we could theoretically end up with a different Republican president. Some rumors are circulating that Ohio Gov. John Kasich is being offered up as a compromise candidate, but the likelihood of something so dramatic happening is still pretty remote. That being said, it’s 2016 — the year where I wouldn’t count out anything.