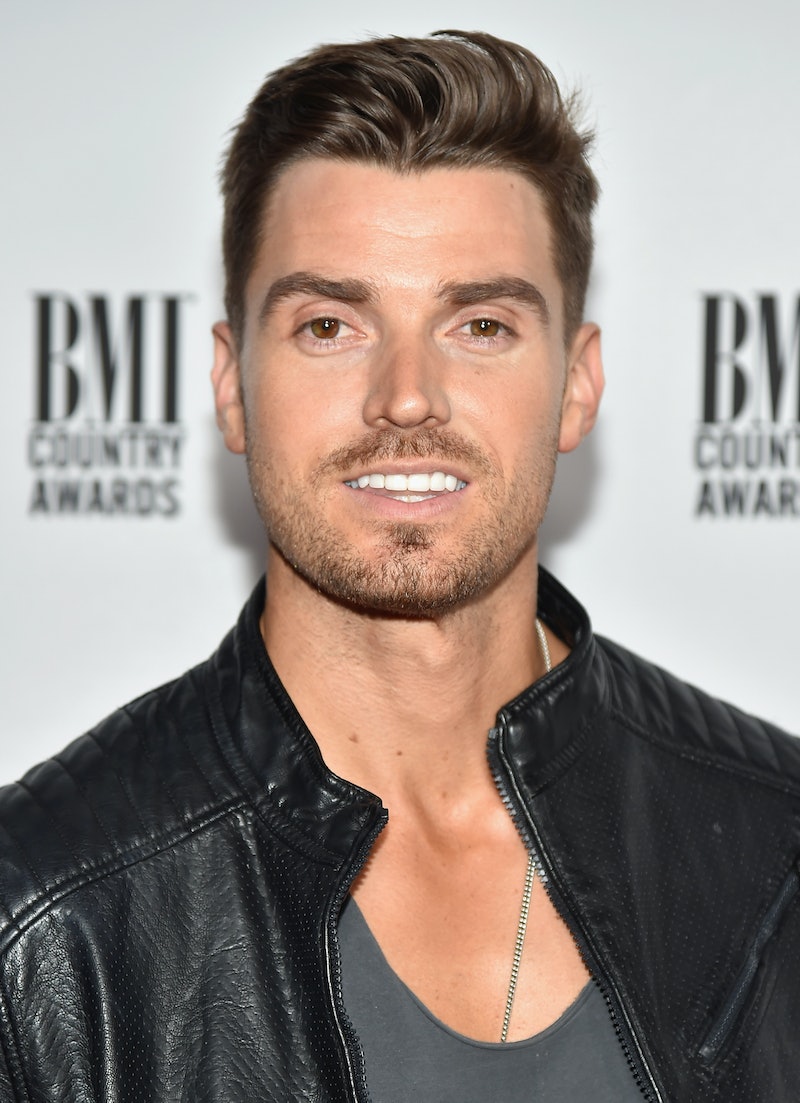 As 2016 winds down, the promise of a new year lies ahead of us and, with it, the delicious pleasure of a new season of The Bachelor. Nick Viall is currently filming his Bachelor season and while we ponder whether the fourth time really is the charm for the curly-haired cutie, now Bachelorette alum Luke Pell is dropping hints about Viall's season. Pell recently spoke to Entertainment Tonight's Lauren Zima about his upcoming album and his recent Bach Nation run-ins with JoJo Flectcher and Viall.

When the subject of Viall came up, Pell mentioned that he had seen Viall "at the Jingle Ball and the meetup was 'surreal'," as Zima reports it. For Pell, it was apparently a bit of a tense reunion, considering the history between them and the fact that Pell could have been the next Bachelor . That honor, of course, went to Viall. Now, Pell says after hearing rumors from the Viall-Bachelor camp, that "I think right out of the box, night one’s going to be a little different than it’s been in the past," which teases some very big possibilities.

While Pell's comments appear a bit salty about having to cross paths with Viall, it's worth noting that confirmation of a crazy night one could match up with some of those spoilers we've heard so much about. Pell's decision to let it slip that something insane could happen on night one leaves me pondering whether there will be multiple eliminations, the emergence of a few very strong contenders, or whether Viall himself will actually pull a big stunt.

Whether you're a casual or avid Bachelor or Bachelorette viewer, you know that the first night is usually one of the crazier nights and typically sets the tone for how the season will go. While we've barely gotten a sufficient enough peek behind the curtain on Viall's season, we know that expectations will be high considering this is Viall's fourth time in the Bachelor/Bachelorette hot seat. Pell's tantalizing tidbit can only confirm one major thing about Viall's Bachelor season: the excitement is so very, very real.