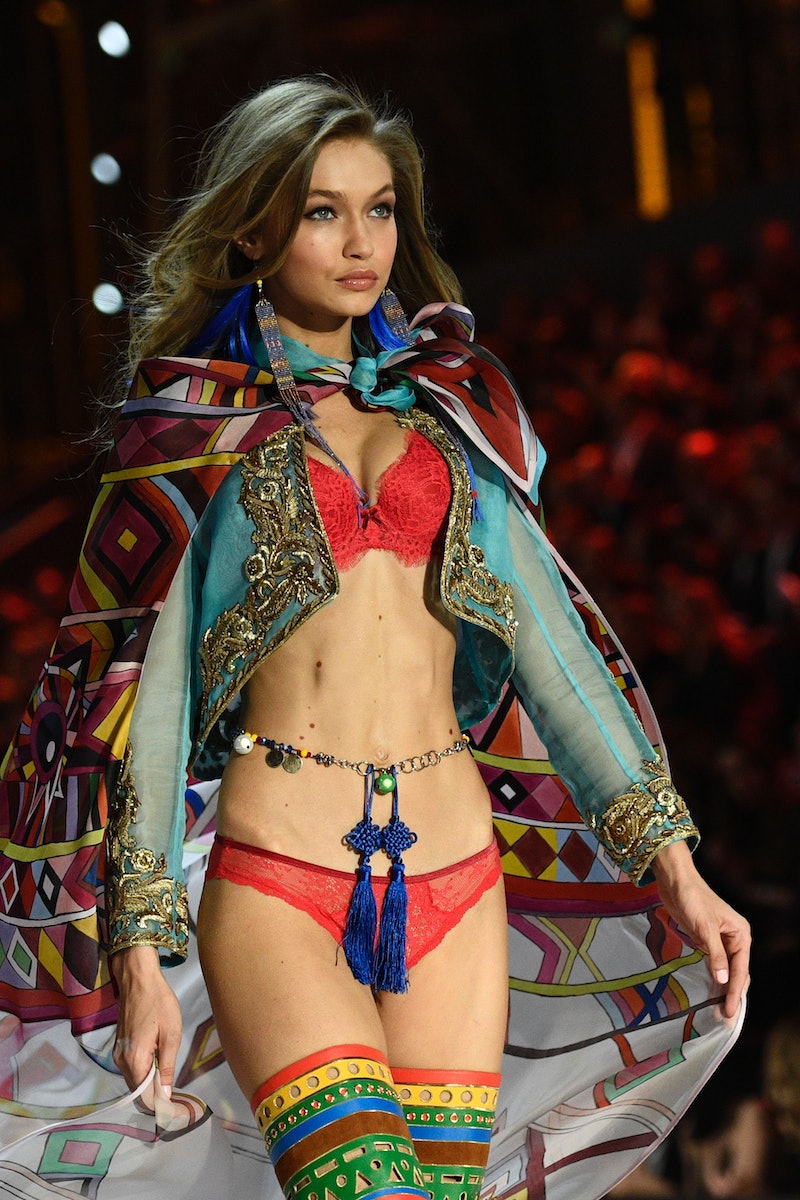 Hadid, younger sister Bella, and model-BFF Kendall Jenner were among the most famous faces on this year's Victoria's Secret Fashion Show stage, and I couldn't wait to see what all three were wearing during Monday's show. Because the show filmed last week, I already had the chance to see Hadid's looks, and in my opinion, one of them completely stole the show.

It's no secret that Hadid's star is rising — after all, she was the most-followed person on Instagram in 2016. Hadid gained 16 million Instagram followers in 2016, which is an insane amount. She's the model of the moment, and her campaigns with Tommy Hilfiger, Stuart Weitzman, and multiple magazine covers mean you can't look anywhere without seeing Hadid's face right now.

The Victoria's Secret Fashion Show was no exception, and one of Hadid's looks in particular caught my eye. Her red lace bra and panty set was accented by thigh-high mosaic print boots, a bedazzled jacket, and a Missoni-esque scarf/cape.

How chic does she look? I'm loving her smoky eyes and darker-than-normal hair with its voluminous waves as well.

How great are the details on that jacket? And the chain around her waist is another fun addition to the look.

How cute is this Instagram Hadid posted with Adriana Lima as well?

And it's not a VS Fashion Show unless there's a #squad pic. I'm loving all the details on Hadid's scarf/cape thing.